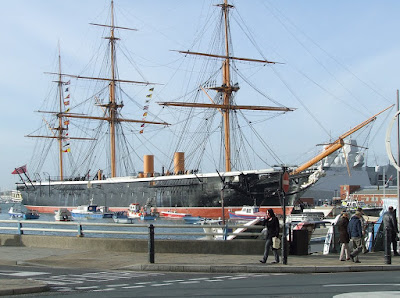 Herbie rests on her moorings waiting for next weekend when we move aboard for a few days and a short trip out. Meanwhile, we've been using up the last of our season ticket to Portsmouth Historic Dockyard. What a great place. Yesterday we did tours of HMS Warrior, HMS Victory (again) and the harbour - by boat.
HMS Warrior built in 1860 is an amazing ship. The first iron clad steam powered (and with sails too) battleship. In its day it was completely revolutionary and so advanced that nothing else dare come near it. Twice as fast as other ships, much bigger, lots more cannons including breech loaders firing explosive shells, and strongly armoured against cannonball attack. She never fired a shot in anger, never needed to, as she was such a deterrent. Now she has been restored so well that she looks virtually new, at a cost (to wealthy donors) of £8m and taking 8 years.
If you like boats, you couldn't fail to like Warrior. Everything about her is stunning. The vast stretches of teak deck planking (from recycled factory floors!), 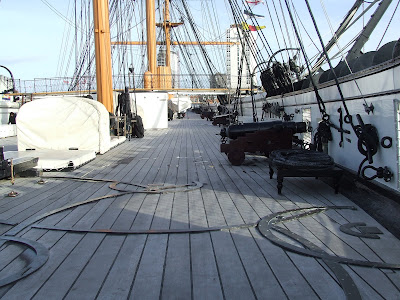 the ships wheel taking up to sixteen men to hold her steady in rough seas, 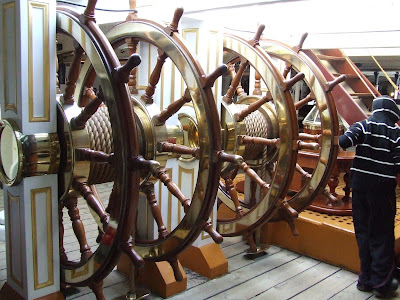 the endless banks of heavy cannon, 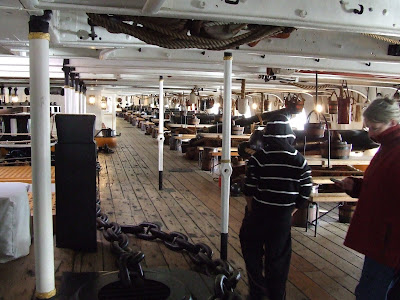 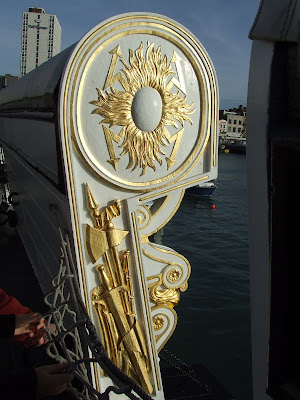 Best of all is her restored condition, which is immaculate. Just look at this ceremonial cannon. 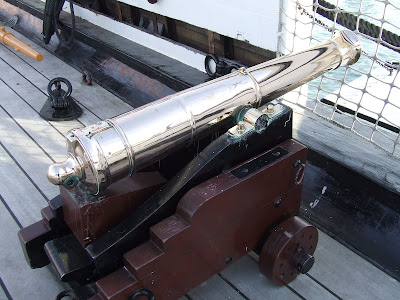 While the stars of the show at the dockyard are obviously the Victory and the Mary Rose, Warrior is every bit as impressive, although I admit that the sense of history you get aboard the Victory is un-matchable.
Posted by Neil Corbett at 5:25 pm