What's that saying you use when you've done some painting and you're watching it, waiting for it to dry and it's boring? "It's like," um something or other. Note the scrupulous tidiness of my work bench by the way. Anyone who as been aboard Herbie will know that we are renowned for our feng shui-like clutter free tidiness. (Not.) No wonder I'm always losing bits and pieces.

Well that's kind of where I'm at with the roof box. So while we're waiting for several coats of primer and undercoat to dry, let's look at what was wrong with the old roof box.

As well as de-laminating, the plywood has worn away where the cover bungee pulled over the edge. A testament to the poor quality of the plywood. Just below, the wood had also rotted where the bungee button was screwed in. 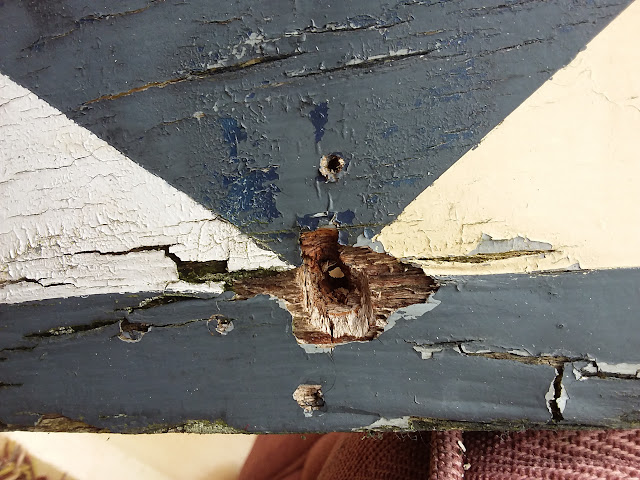 So despite the box lasting seven years, I'm deciding against plywood this time and thinking of putting a protective edging where the bungees stretch over. Maybe a bit of aluminium angle.

Speaking of aluminium, look at these brackets I made last time. 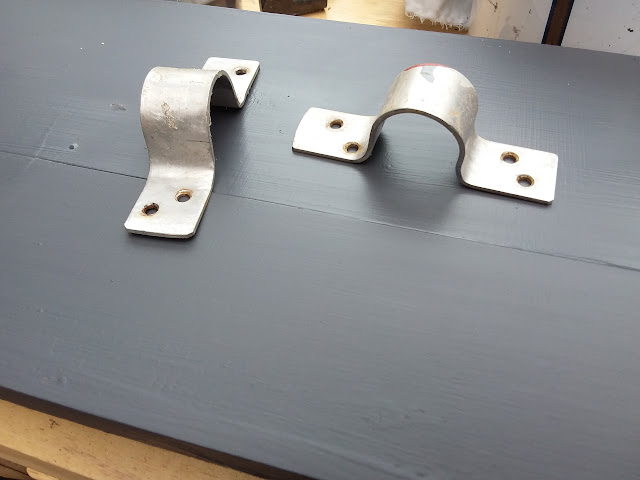 They screw to the centre front of the box and support Herbie's tv aerial pole. A flawed design. Why? Because the pole can, and sure does, turn too easily in the wind, so losing tv signal. You can't have it in a single fixed posotion because the boat moves from place to place so the signal direction changes. So this time I've modified it with a pole clamping screw. Line it up and clamp it down. 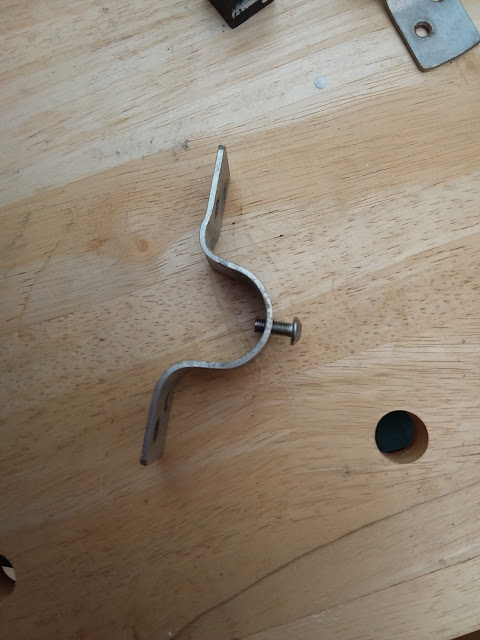 I knew that cheap tap and die set from Aldi would come in handy one day. Cutting an M5 thread in the bracket was easy.

I've decided to complete the bulk of the paintwork before assembling the box. Easier that way. I just hope after all that work the flippin' thing fits together. So the next job is the decorative painting. Stay tuned to see what goes wrong with that.
Posted by Herbie Neil at 3:44 pm

What a pity to see all your work literally rotting away. Still, I'm enjoying the process of the new one!