Our return up the Oxford canal gave me a sunburned head, the old thatch is getting a bit thin these days. It finally feels a bit like spring despite the cold winds.    One advantage of the late flowering of blossom and opening of leaf is that you can see the birds better.  At the moment they all seem to be singing their little heads off, presumably to attract mates or establish territory.  One little wren graced us with his presence by sitting on the lock beam as Herbie was in the lock.  Singing fit to bust, he seemed not to be scared of us at all.  The ideal opportunity to get a photo, but was the camera to hand?  Of course not.   Lots of chaffinches about of course, and some gold finches, but I also saw what I think were a couple of blackcaps.

Not much growing in the fields yet, except little lambs gamboling about.  I thought gamboling was illegal for under eighteens.  Sadly we came across a few that had perished by falling in the canal.  They can swim but they often can’t get out and eventually they tire and drown.

A farmer has been busy here though.  I can’t quite make out what is going on.  Any ideas?  maybe it’s a turf farm. 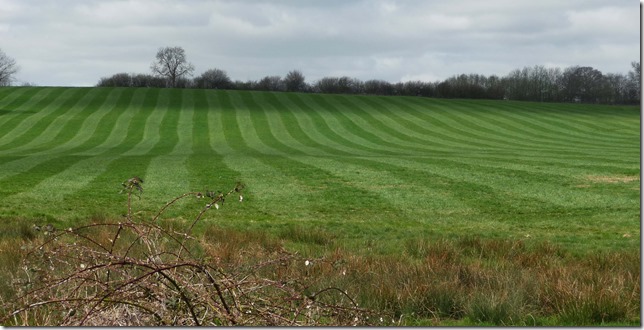 The lock at Aynho weir intrigues most people and I had a go at taking photos which explain it a bit better.  Here we are in the lock and coming up. 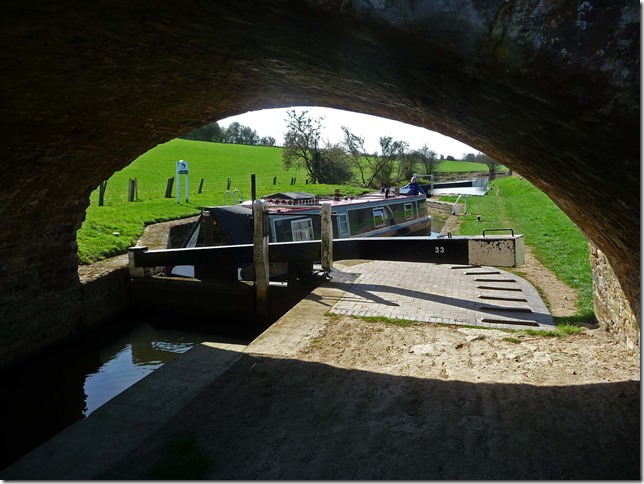 The unusual lozenge shape of the chamber is so that it passes a lot more water down to the next lock which is Somerton deep lock. The fall at Aynho is only a foot or so, so that makes these two locks the deepest and the shallowest on the canal.  If Aynho lock wasn’t this shape, Somerton lock would soon drain the intervening pound. 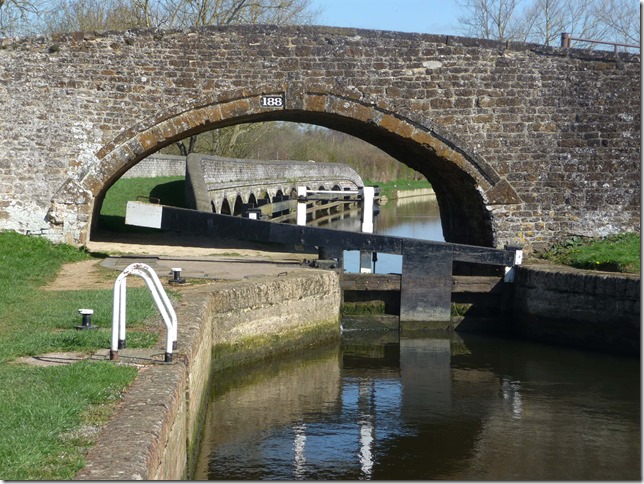 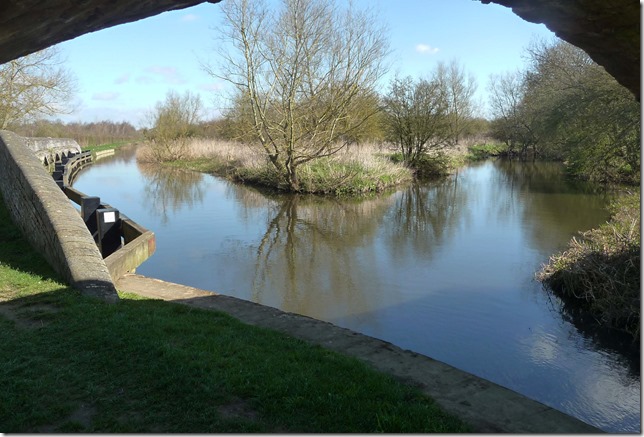 In the next post I tell you why I eat my words, and show you some pics of progress at the new Cropredy Marina.

I hate that lock; beautiful it may be but the gates are so heavy that I can't shift them - one of only two locks that have physically defeated me in over 5 years of continuously cruising

I know this might sound daft, but does the river keep flowing across the canal? How does that work with the current, as there must be some? Does it influence the canal at all by the lock there? Sorry for bombarding you with questions, Neil, but it's the sort of thing I don't imagine I'll find by googling and as you've experienced it….

Jill, yes it is a tough one. Strange when the lock gates are so shallow. Luckily this time I had our Peter to help me. The worst I have ever experienced is in Stratford upon Avon. Nearly impossible.

Val, yes the river does have a current across the canal, and after a lot of rain it is too dangerous to navigate that stretch of canal because you could get jammed across the footbridge. There is a gauge post (red, amber, green) to indicate whether it is safe to cross. We have done it when it was very near the red, but it was OK.

Thanks, Neil. Good that they warn you! That would be a very nasty surprise if they didn't! I can well imagine it would get pretty hectic when there's been a lot of rain.

PS, that field looks very much like a turf farm down the road, so I would think your guess is probably spot on. With those neatly mown stripes, they look rather surreal don't they?