How not to hit things when going into Coventry

John Humphrys did his usual three second weather forecast on the R4 Today programme this morning, "It's going to be horrible. Wet and Windy". What with that and having Rainman on board we weren't too optimistic when we left All Oaks Wood this morning. As it turned out, both Humphrys and Rainman failed in their purpose, and the weather was ok if a little breezy.

The North Oxford Canal is quite unlike the South Oxford, but still rural and bucolic for the most part. Not without excitement though as there are a fair share of inexperienced hire boaters who don't know what to do when they meet you in tight spaces. I don't mind as long as they don't clout us at speed. We all have to start somewhere. I think the hire companies should give them a tiny bit of steering advice. One of the best phrases I heard years ago is "point the tiller at the thing you don't want to hit and put a bit of power on". It works!

Actually I'm a fine one to talk. I very nearly hit a bridge today. It's all the fault of a sculptor. We were coming into Coventry and passed a sculpture of a rope wrapped round a bollard, many times life size. So intent were we at lamenting the graffiti thereupon, that I failed to notice that we were heading for the bridge arch at some speed. I'm sure that had I not had a few years experience at the tiller, I would have slammed the boat into reverse. This of course would have failed to stop the boat and we would have hit the bridge. What actually happened was that Kath and Rainman covered their eyes I pushed the tiller over and piled on a few revs. I don't know what all the fuss was about. We missed the bridge with millimetres to spare. Two or three at least.

So here we are in Coventry basin for the night. Strange to say, Rainman departed to find his way home and it immediately started raining quite hard. I suppose he felt he could go home now that he had fulfilled his purpose in life.

Actually, at this precise moment, we are not in the basin, but in the Gatehouse pub. This rather fine establishment is not one you would find unless someone told you where it was but it does have a good choice of ales and good cheap food. Look it up. It has a web site.

Tomorrow we plan a very short cruise, well you can't pass the Greyhound twice without stopping can you? 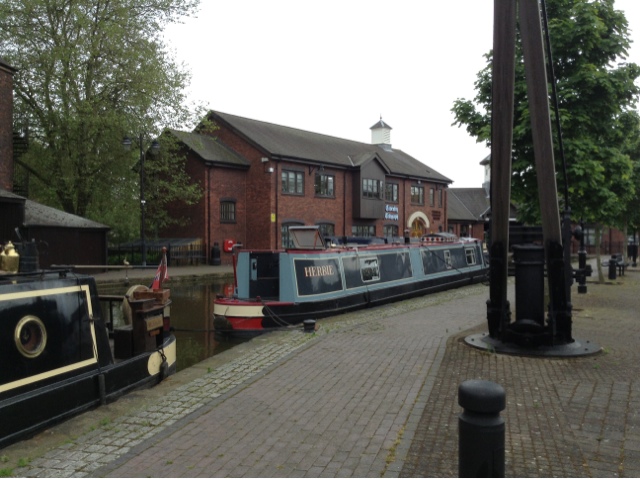 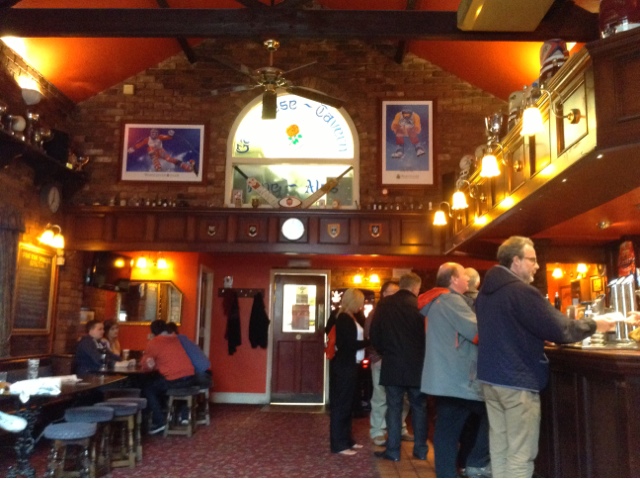 Love Coventry. Are you not stopping? Was going to suggest a visit to Cosmo, Pan Asian buffet with very reasonable prices especially at lunchtime. Loads of choice.