A few surprises on the T&M

A last we're on unfamiliar water. The stretch of the Trent and Mersey canal betwixt Fradley and Gt Heywood is something we have never done before. I suppose people who don't know canals might imagine that the T&M is an industrial waterway. Well it ain't that down here, it's just about as lush and green as anywhere in the country. Yellow flags and rhododendrons line the banks virtually all the way and there are loads of places where you could pull over and stop for a picnic.

I always think that the maps in Nicholson's guides, accurate though they are, can't show what a place is really like. Take Rugeley for example which as Nicholson's shows is an urban area. On the canal though it doesn't feel it at all except that you do get to peek into a number of well kept domestic gardens.

One thing Nicholson's didn't warn us about was the rocky narrows just south of Rugeley. I spotted a yellow sign advising boaters to send a crew member ahead through the 'narrow tunnel' to stop anyone coming the other way. Kath was duly sent ahead and I took Herbie forward and I was really taken by surprise the the narrow rocky cutting we had to pass through. The boat only just fitted the gap for quite a long distance. Take a look at the photos below.

One bit of industry we did see was a large factory in Armitage. We were trying to guess what it was. Kath thought it might be making plasterboard. Certainly the windows were clouded with some sort of white dust. The we got to the other end of the building and saw the hundreds and hundreds of pallets carrying toilet seats and wash basins. Aah, Armitage Shanks!

Tonight we're moored near a country bridge with a pub just down the road. A few yards to our left and some fifteen feet below is the river Trent, already about 30 yards wide although only a couple of feet deep.

One last thing I want to put down for the record. Last night, June 23rd we needed to light the coal stove to keep warm!!

First the flags are out for us
Then the rhododendrons

Then that rocky cutting 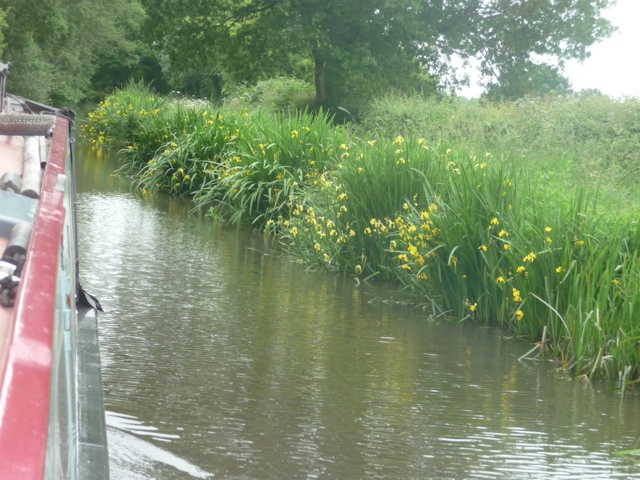 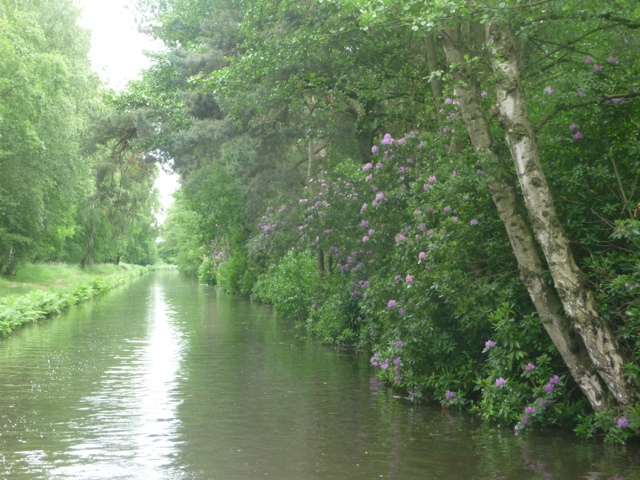 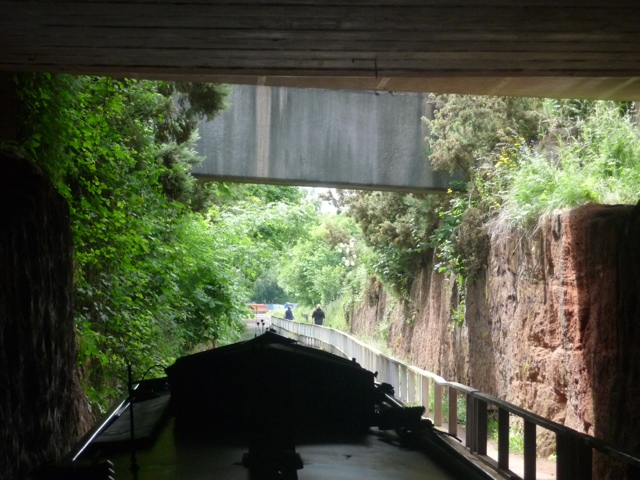 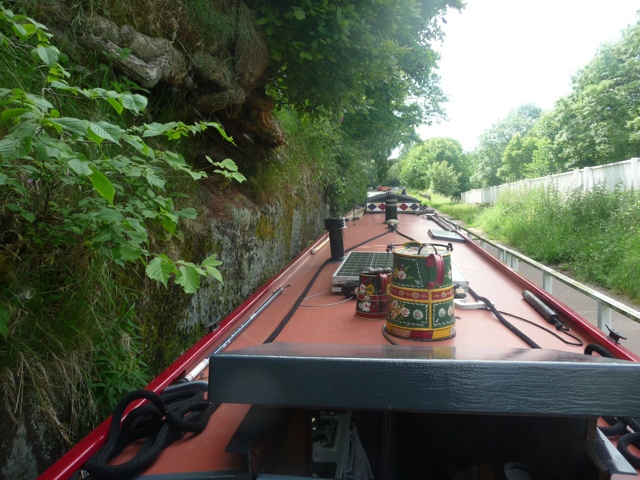 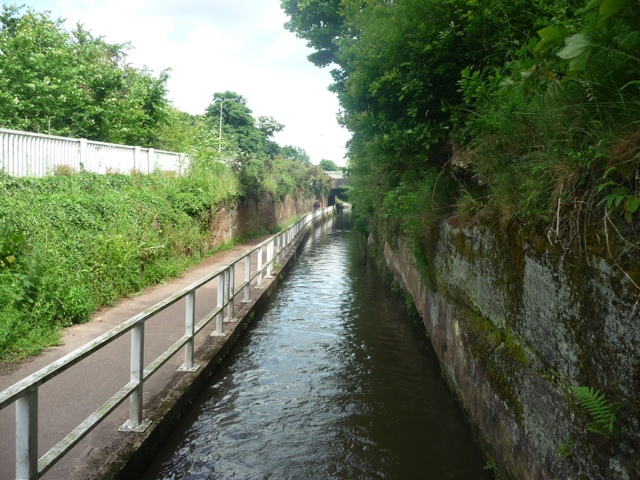 They call it global warming, Neil :-) Still, I am very much appreciating following your travels this summer. The T&M looks full of fascinating surprises.

Your travels are taking me back, good to be reminded of some pleasant spots. Did you stop by Wolsey bridge (might have got the name wrong), north of Rugeley? Lush woodland setting alongside nature reserve with a walk to a good curry house, garden centre, antique shop in an ancient building and a pub. Didn't want to leave!

Carrie, yes that's where we stopped overnight, although we didn't have chance to explore beyond the pub!

I'd like to go back, it's a lovely spot.