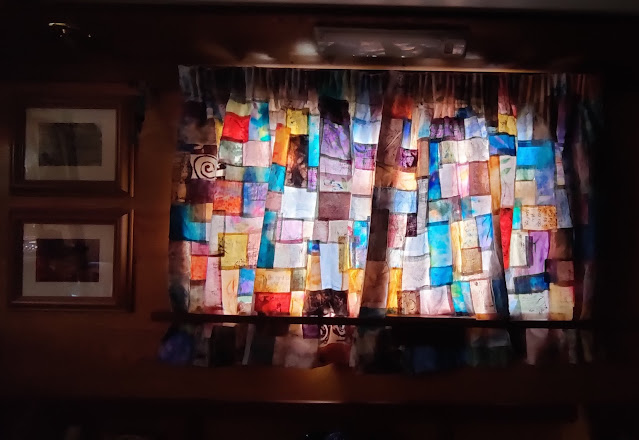 Many many thanks to those who commented on my previous post about greener boating. All good stuff and revealed to me that there's a bit more going on than I thought.

In particular I hadn't heard about HVO fuel.  For those who like me had never heard of it, it's a straight replacement for normal diesel fuel that offers a huge reduction in harmful emissions. There don't seem to be any problems with normal diesel engines running on it, and it doesn't suffer from diesel bug. On the face of it, it looks just what we need.  Of course we need to be wary of hidden down sides. Rather than me explain it all, have a look at these links:

HVO and greener boating - Inland Waterways Association   Why hadn't I seen this before?

HVO Trials report -IWA  "The feedback from IWA members who are trialling this new fuel has been overwhelmingly positive. HVO is indeed a viable alternative to diesel fuel. It is also a straight drop-in replacement compatible with fuel that is already in a boat’s tank."

That'll give you all you need to know about the up sides. And there are many.

Availability.  The only canal marina I can find selling it is  North Kilworth(thanks Pip and Mick for the tip off.) - out there towards Foxton on the Leicester Arm.  Fuel boat Barnet is selling HVO to boaters in London. There also seems to be a supplier on the Thames in London.

Cost:  Do the current rules on red diesel declarations apply?  I assume not so we might  be paying full price and HVO is a bit dearer than road diesel anyway.  Personally I'd be happy to pay up.  Does anybody know what they charge per litre at North Kilworth?  Failing that, at a rough estimate I imagine it might cost me something like £100+ a year more.  Continuous cruisers  would find a much bigger difference of course.  There is one cost reduction element - additives like Marine 16 to prevent diesel bug would be unnecessary.  I reckon that using Marine 16 works out at a cost of about 5p per litre of diesel at the correct dose so that would get me about 15 quid back.  Anybody who has had to pay for fuel polishing to get rid of a diesel bug attack would be quids in.

Real world downsides?:  Whilst the emission figures for HVO look amazingly good, you have to factor in the hidden environmental cost of growing and harvesting the biomass crops which make up a lot of the fuel, and the processing of the stuff.  You wouldn't want a lot of rainforest cut down to grow the biomass like it has been for palm oil.

I'm thinking of canvassing others in our marina to see if we get get enough demand for them to stock it.

Moving on - A bit off boaty topic but Sarah made a comment about heat pumps and fridges.  I wonder if heat pumps could extract heat from the canal water?  No idea.  As it happens there is a row of houses with air -source heat pumps just across the road from where our Peter lives in Cambridge. It's called Marmelade Lane and has a number of fascinating lifestyle features.  This Guardian article tells you about it and is worth a read.  It looks very appealing to anyone who likes a community feel.  I stroll past them and hear the fans gently whirring inside the big brick boxes outside the front doors.  As far as I'm aware they don't get your house as warm as a gas boiler can.