Braunston Rally - chaotic and wet but fun plus a WOW!

Imagine getting a few dozen really big lorries, then splitting them into two groups either end of a narrow alley then getting them to change ends all at the same time. That's Braunston rally that is, except it's boats not lorries. The chaos is truly wonderful. 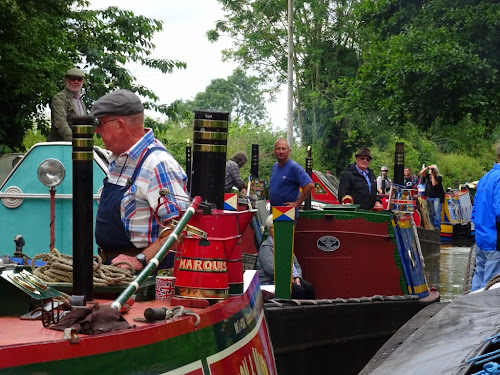 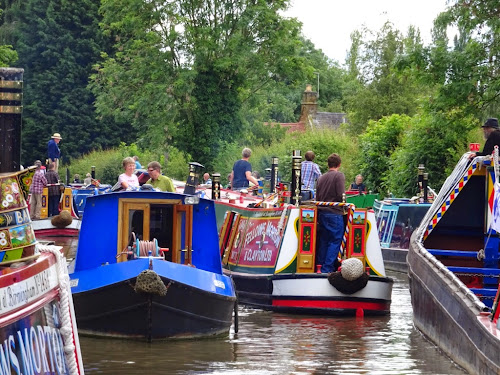 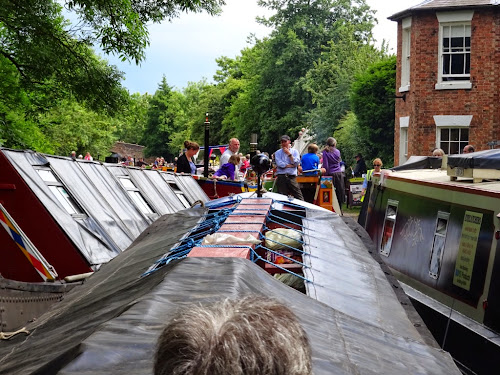 Sometimes the squeezes are tightish as you can see.

This pictures are of the Sunday parade. Saturday was the same but very very much wetter. It is now Monday and Saturday's pair of jeans are still wet. The idea was for Kath and me to play merry tunes aboard Chertsey as sarah steerd us expertly through the mayhem. That is in fact what happened on Sunday, but on Saturday we elected not to ruin our instruments in the deluge so we just sat on the deck and got soaked.

You have to admire Jim and Sarah. Who else would make a brief pause during the parade to take on board a ton of coal from Jules Fuels. Forty bags in about three minutes. 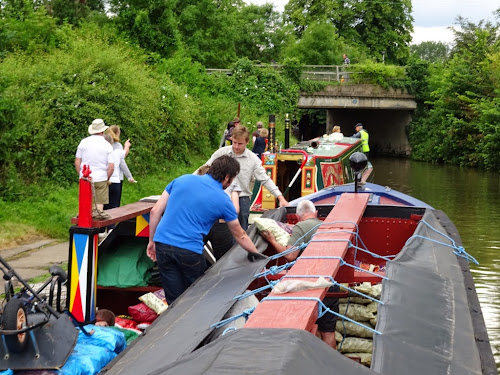 That'll hopefully help Chersey to get under the bridges down to Stratford later this week.

Braunston Rally is a sociable occasion and we met up with Bones (Bones), Adam and Adrian (Briar Rose), Simon and Anne aka The Moomins (Melaleuca) and Jams and Amy (Willow) none of which came by boat, and then some of our new found friends from the Historic Narrow Boat Club.

Sarah gave us a short lecture on how to recognise a Woolwich from a Northwich and I am now bursting with erudition about rivet patterns, tunnel bands and handrails. I can't wait to show off to someone.

Besides all the boating we got in a bit of culture by going to the Daystar theatre play (excellent) and the Mikron show (very excellent). At the latter the small audience was joined by Timothy West and Prunella Scales who both obviously enjoyed the show although I suspect it might have been dauntingg for the actors seeing them in the second row.

WOW! in the time I have been writing this post, we have been sitting here at Calcutt Boats while their mechanic has removed a chunk of Herbie's injection pump, stripped it down and replaced O rings and replaced it. Our leak is now fixed and it's only 10.40am! He didn't start until about half past nine. The last mechanic who looked at it said it might take an hour or two to get the injection pump off then it would have to be sent away etc etc. We probably saved a couple of hundred quid or possibly more by bringing it here. Must stop now and go and flash the plastic.

Posted with Blogsy
Posted by Neil Corbett at 9:45 am 4 comments:

Hi. Long time no see.  Long time no internet.  The canals hereabouts aren't very web connectable, Braunston especially.  However here I am some 100 feet at a guess above the canal in the centre of Braunston village.  I am having a rest on a public bench because having climbed up the steep hill to the butchers, Kath suddenly remembered she had forgotten to bring her purse, so muggins had to walk all the way down and back up again to get it.

We've had a good time getting here, accompanied by NbChertsey expertly piloted by Sarah who kindly managed to avoid crushing little old Herbie while we shared Braunston locks.  I think I might have an alcohol free day or two now to recover from the previous two nights boozing.

I would have shown you a before and after photo of Herbie's polished cabin sides, but sadly I can't make photo's work today. Suffice it to say I have been putting in a bit of the old elbow grease.

Ooh I nearly forgot to mention the big event of the week.  Chertsey Jim has given me/Herbie a klaxon. Not just any old klaxon, but a genuine Klaxon klaxon.  It needs a little bit of rubbing down and a lick of paint, but it works a treat and sounds great. I fear I might become an annoyance along the canal now.

We're staying put now until Sunday, so we can enjoy the historic boats at the weekend.  We are due to provide a live musical accompaniment to Chertsey's engine during the parades so look out for us if you are there.  I wonder if I can work a Klaxon part into any of our tunes!
Posted by Herbie Neil at 12:06 pm 3 comments:

Lovely weather for boating and here we are stuck at home.  I’m having to resort to gardening!!  If this keeps up the garden will be in danger of looking half respectable.  Never mind, we’re back on board later next week.  I expect it will be raining by then.

BTW I have written the first word of my next book, but I’m keeping it secret apart from a few trusted friends.  I now have ten good reviews of Jobs for the Boys and in response to a few people being unable to decipher the cover design, I have drafted a new one.  What do you think? Any comments gratefully received. 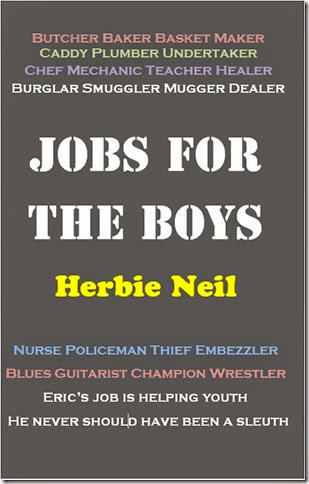 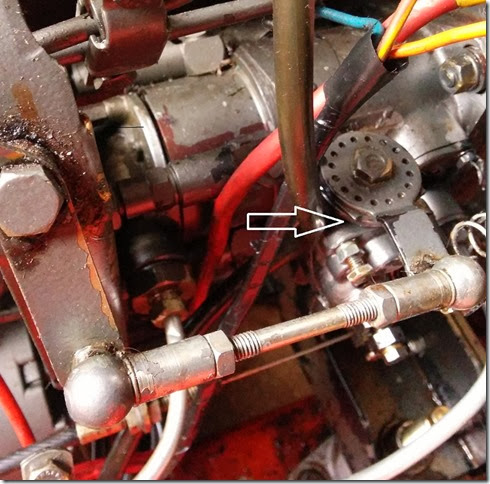 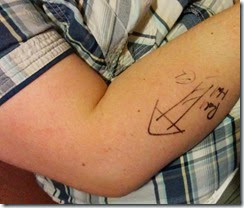 Our own worst enemies?

It was interesting to join in the discussions with Richard Parry (chief exec of CRT)at the seminar at Crick show. He is quite different from his predecessor Robin Evans.  Far less aloof, very good at remembering people’s names and keen to listen.  I did however find the session rather disturbing.  Why? Because you couldn’t help feeling that he was disappointed with the attitudes of a lot of boaters.

That’s not to say he doesn’t value the contribution we make, and appreciate that we put a lot in to the waterways. He did say that he would be loathe to increase licence fees beyond inflation in future. But you could sense his frustration at the way boaters can’t agree with each other on policies such as mooring.  One lot says there are too many moored boats along the way, and another lot says they resent being “forced” into marinas by towpath mooring restrictions.  People send in complaints about other people hogging visitor moorings and others send in photographs of them lying empty. etc etc.  I think he is also disappointed about a general air of negativity towards the Trust by some sections of the boating faternity.

Sadly I think we do little to help in this.  A lot of boaters are pretty anti authority, and many of them say they moved onto the waterways to get away from rules and regulations and big brother.  I don’t entirely agree.  Some of the rules are there to protect the considerate from the selfish, and the polite from the belligerent.  I see that now CRT is to propose a sort of code of behaviour for mooring which is all about being considerate to other boaters and  which they say could lead on to a more general Boating Code.  Personally I see nothing wrong with this, but I can already imagine the comments in the letters pages and the forums, one lot saying there should be more enforcement, the other lot complaining about being told what to do.

I used to have a boss who would say “Don’t bring me problems, bring me solutions.”  He was right I think. You could hardly blame Richard if he got fed up with a group of people who just complain about each other and ask him to sort out their differences.

One last thought, I reckon 90% of the problem lies with overcrowding.  Too many boats sharing the water.  If anyone has the answer to that one, then we’ve got it cracked.