Driving a CRT Engineer into the bushes

Today was my first “proper job” driving boats for CRT and now I know a tiny bit about how canals are inspected.  The (volunteer) job was to drive the little CRT boat “Griffin”  - here she is - 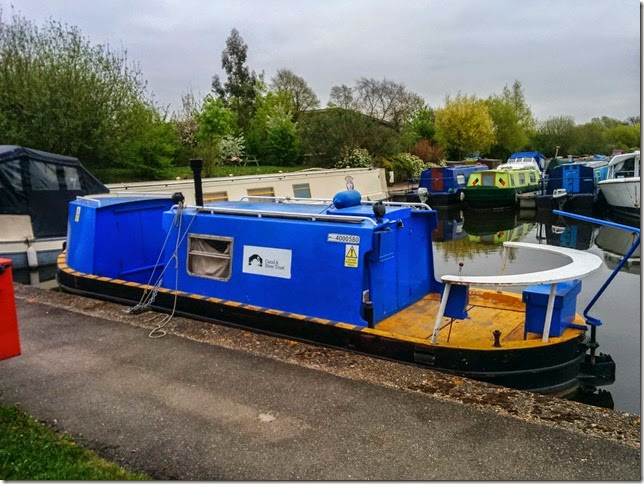 from Packet Boat Marina to Slough Basin and back stopping hither and thither while Chief Engineer for London Region Mikk Bradley and his trusty mate Steve the local lengthsman hopped on and off to poke at bridges and embankments.  It was the annual engineer’s inspection of the Slough Arm.

To be frank, it didn’t start too well, that is to say the boat didn’t. This was the third CRT workboat I have operated and they are all completely different from one another.   How was I supposed to know you had to press a button that looks just like a horn button while you turn the ignition key?  In the end we had to use the last resort – read the manual.  Griffin has a little Lister engine that produces a satisfying “pop pop pop” once you get going.  Inside the boat it is best described as cramped. 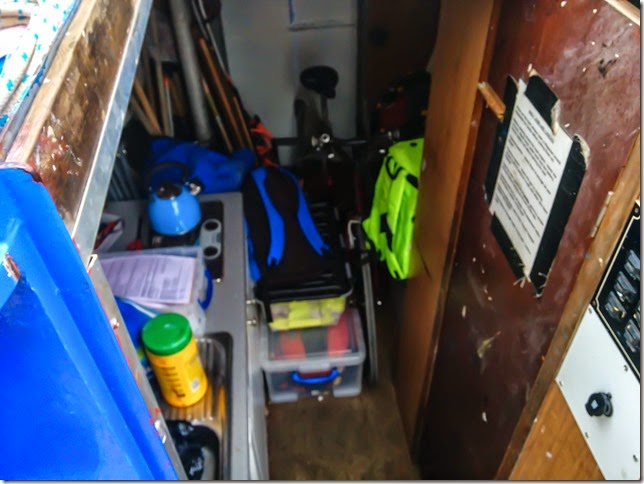 Next job was to get out of the marina.  The cunning(?) previous user had parked it in a corner, requiring me to back out in a confined space.  This wasn’t all that tested my boating skills. A lot of what Mikk and Steve needed to look at was on the canal’s off side, requiring me to manoeuvre into the Arm’s notorious shallow and overgrown margins so they could hop off and disappear into the bushes hunting for this and that.  It was fun.  At every winding hole I was required to do a loop the loop to check it was deep enough and free from obstacles.  Miraculously they all were.  Another time I had to hover the boat one foot from the offside of a bridge hole while Mikk poked a long stick into the water to feel the submerged brickwork.

Mikk is a nice chap and allowed me to gently harangue him about GU locks that have to be left empty (you know the ones) and the fact that I think they dredged the wrong end of the Slough Arm.

What did I learn? That the cutting embankment on the towpath side is too steep in places and tending to move.  The worst bit is just by where the bridge had to be taken down a couple of years back. Although serious if it collapsed, any repair would cost megabucks, so they are just keeping an eye on it for now.  A lot of trees and undergrowth have been felled to give a better view of the problem.  I think the roots have been left in place to help hold the bank up.

After an eight o’clock start, we got back at about one o’clock, so that’s five hours on my pilot’s licence I suppose. 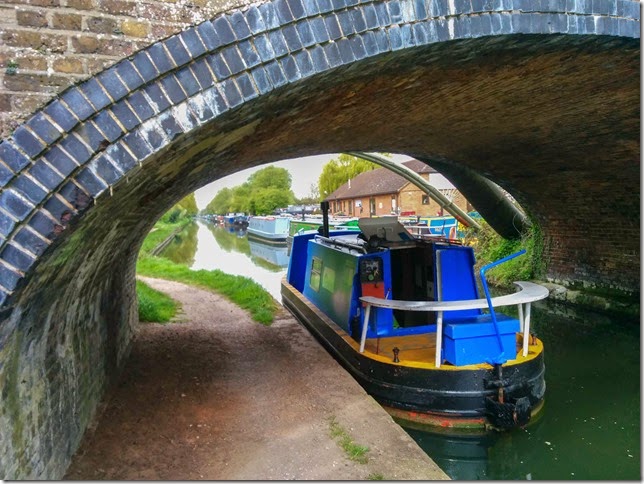 Did you notice some digger work some of the offside wilderness, btw? Any rumours of development?

Sorry Simon I din't notice anything like that. I was probably too busy looking at the boats.