September ramblings and some news

Well I can't say I've rambled far this week, but you know me, I do like to ramble on, so here's what I've been noticing in nature. September is a great month for it I must say.

Over in the graveyard behind our house the ground is littered with a bumper crop of acorns. Apparently this is probably what the Chris Packham's of this world call a 'mast' year when oaks produce so many acorns that the squirrels can't eat 'em all.  Oaks do this every few years.Oaks rely on the squirrel's habit of burying caches of acorns to eat later and then forgetting some, which can grow into mighty oaks on the future.  We have one such sapling in our garden. The mystery that remains is how the oaks seem to co-ordinate this effort, because it only really works if they all do it together.

Our resident squirrels live in this big oak that spreads over the graves of a number of illustrious personages.  Lucky them.

One such is George Shuldham Peard who wrote this book 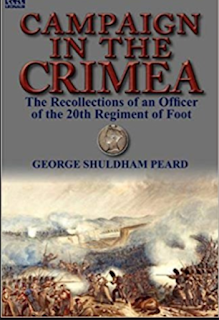 George (we're on first name terms, him being a neighbour) wrote this first hand account describing his experiences in the Crimean war, including the battles of Alma and Inkermann and Balaclava where he witnessed the famous 'thin red line' and the infamous Charge of the Light Brigade.  It's a very good read and you can find it easily on the net, including some free to read versions.  Recommended.
Anyway, I digress.
Apart from crunching on acorns and staggering over the uneven ground cause by the older graves subsiding, you have to watch your feet to avoid the foxholes  which seem to be everywhere in the older part of the church yard.  Every time I go over there I manage to find a fresh one. You can also see bits of bones and abandoned dog's toys and bits of garden bric a brac presumably stolen by the foxes from the neighbouring gardens.

Also in the graveyard is this tree which I think is some sort of cherry although I daren't eat any. Can anyone enlighten me? 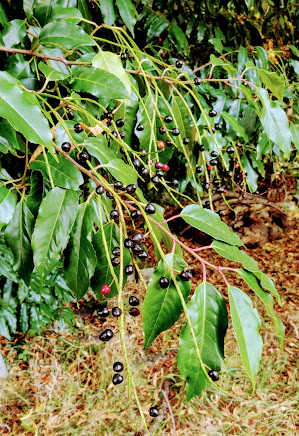 No doubt Rick might offer a Latin name for it.  Anyhow, it's fruiting well.  Not fruiting so well this year are the hedgerow blackberries.  There are plenty about but only a small proportion seem to have come to proper ripeness.  Dry summer to blame maybe. Where due out on Herbie this week (see below) so I hope we'll find enough to make us a nice pud.

I think it might have been a good year for bees and other insects.  As I write, sitting in the garden, the ivy which is in flowers on our fence is absolutely alive with bees . There must be over a hundred of them in the space of about eight feet.   Apparently so called Ivy Bees are a species that have arrived here since 2010 or so and are becoming very common in the south of England.  They seem extremely active, especially when the sun is out.  Here's a picture I got of one that obliged by staying still for half a second. 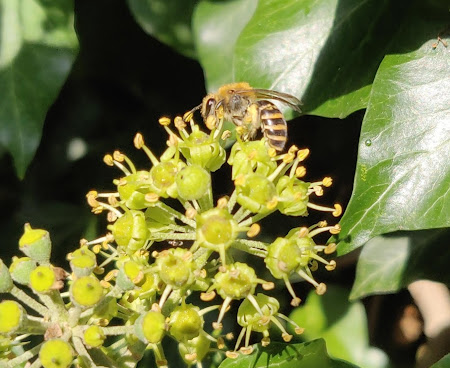 I'm pretty sure Ivy Bees don't sting, so that's a blessing.  Come to think of it, it seems like a good year for ivy blossom too. We've never had so much.  That'll be good for Christmas because I like to hang up bunches of holly and ivy  in the house and the berries look good.  Look how thick the blossom is. 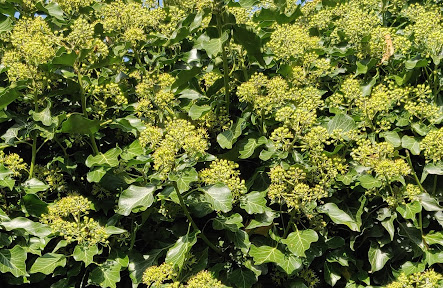 It's official.  Our plans to move on up to Kings Bromley marina are now officially on hold until next April.  Meanwhile Herbie will keep her base at Wigrams Turn.  We were thinking of making a dash for it in the next week or two, but we eventually decided against it on looking at the increase in Covid numbers. In particular we didn't fancy having to use public transport or share a car with anyone to get back to our car at Wigrams after reaching KB.  So there it is and here we are, closer to home at least.  The staff at both marinas have been very understanding and supportive  in spite of us messing them about.  The lady at KB did say that a good many boater's plans have gone awry this year. Thankfully they are nearly at full capacity, so they can use the space we were saving.  maybe a lot of boaters who would normally be out have headed into marinas.  Certainly Wigrams was looking fuller last time we were in.

Meanwhile we'll still be doing bits of cruising on Herbie, starting tomorrow with a few days out in the sticks and getting a couple of jobs done like re-tiling the stove surround, or to be more precise, replacing the tiles that have come unstuck and fallen off.  We searched for heat resistant tile adhesive and found some, but you have to order it so we can't get it until next Monday. Well that'll give me time to clean up the old tiles and prepare the surface won't it?

The government's "Avoid Public Transport" campaign must be one of the most successful in the history of marketing. Let's just hope it is still there for us when all this is over

My guess is Portuguese Laurel for you shrub and berries, we have one about 20' tall, when we planted it a daughter used to frog leap over it, but she is 35 mow.
Lisa
NB WaL

Point taken Anon, but I'm just hoping I'll be here when this is all over.

Lisa - by Jove you've got it. I just looked it up and it fits exactly. Bits of it have strayed into our garden and I keep trimming it back so never saw the berries before.

Lovely post, Neil. I like your comments about your illustrious neighbours. I'll have a look for Mr Peard's book. Our public transport still seems to be running well, although I'm loath to use it now it's got quite busy again. Back in June, it was wonderful. I travelled by train twice and had a whole row of seats between me and the next person. It was better then than in normal times. We've also got a glut of acorns this year. The oaks must have had an international agreement about load shedding or something.