A bit more cheery this week don't you think?  For a start, Kath and I have had our first jabs now.   Less than five minutes from home is the Waitrose HQ where they have kindly donated use of their staff sports hall for a vaccination centre.  We did have to sit in a big room full of people for an hour though waiting our turn.  To be fair, the hall was very large and well ventilated, the seats widely spaced and disinfected every time people moved on and of course everyone was masked and checked and temperature measured on the way in. We got the Astra Zenica jab.  Wouldn't it be a fun idea to have the letters after your name now e.g.Jojhn Smith (AZ) or Freda Jones (Pf)?

Over in the churchyard behind our hedge, spring is springing and a carpet of woodland crocuses (croci?) has appeared. 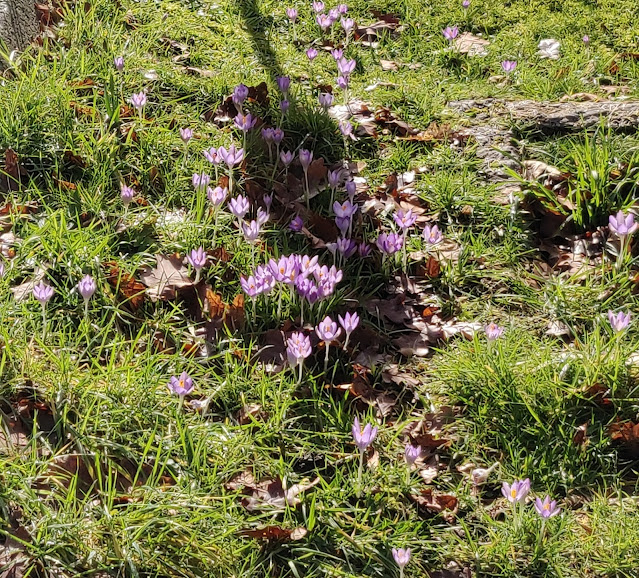 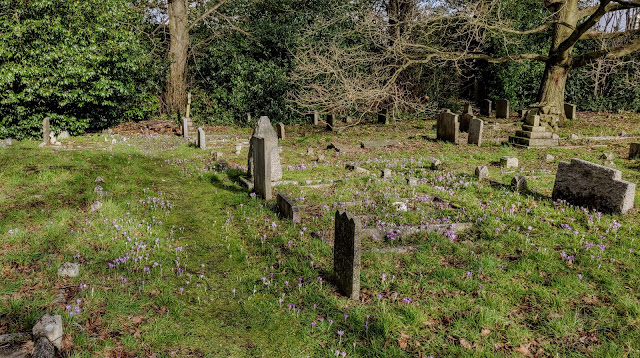 The daffodils over there look like they'll be in bloom in a day or two as well and we have a primrose out in our garden while we wait for the hellebores to do their stuff any time soon.

After many years of absence, a couple of collared doves have shown up in the garden.  Years ago we had loads of them, then they suddenly vanished.  I think they seem more refined than our usual woodpigeons.

On a more boaty note, some of you might care to have a listen to a long interview with CRT boss Richard Parry on the Waterways World podcast page.  It's interesting to hear his take on things, but don't expect any startling revelations.  Other interviewees there include Andy Tidy (aka Cap'n Ahab), Tim Coghlan of Braunston fame, and David Suchet.  All worth a listen.

Goodness, it looks as if you're having spring there, Neil. We are buried in snow at the moment. I shall look forward to crocuses and spring flowers as soon as this big freeze is over.