Leicester summit pictures and the tale of the Welford pumps.

Back home now with a chance to sort the photos I couldn’t post while we were out.  Here’s my favourite 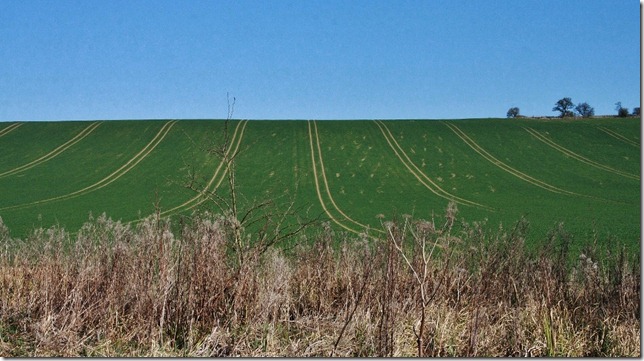 According to Nicholsons, this bank is the site of the medieval village of Downtown or Downton.  Quite Hockneyesque don’t you think?

Here is one of our buzzard escorts I mentioned last time.  I wish I had a longer lens! 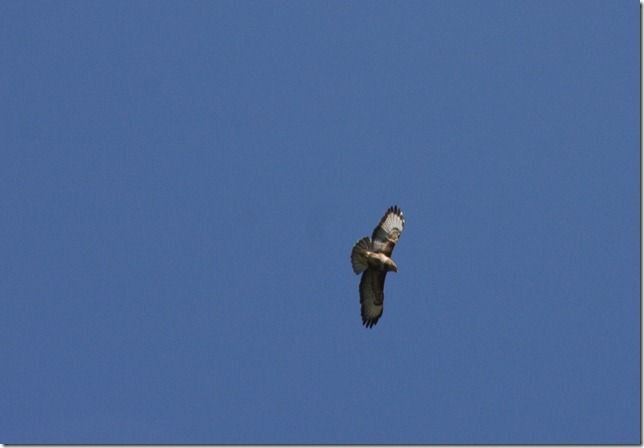 Then, surprise surprise, some water actually flowing into the canal in between Welford and Foxton!  I haven’t got a clue where it comes from but every drop helps. 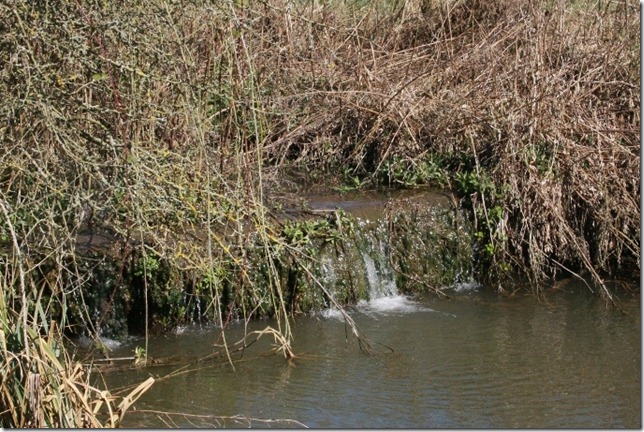 Up on top of the world at Welford, they currently have two pumps picking up water from below the solitary lock and depositing in the upper arm to keep the boats afloat in the basin.  They also have another pump at the end of the basin feeding a long pipeline over the hill and into the reservoir. 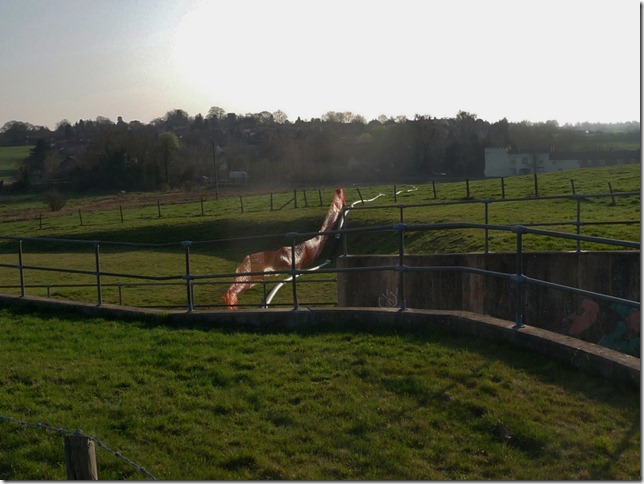 So If there is sufficient water they can actually fill the reservoir from the canal (In thought it was supposed to be the other way round!).  The day we were there, that particular pump wasn’t running and the end of the pipe lay forlorn. 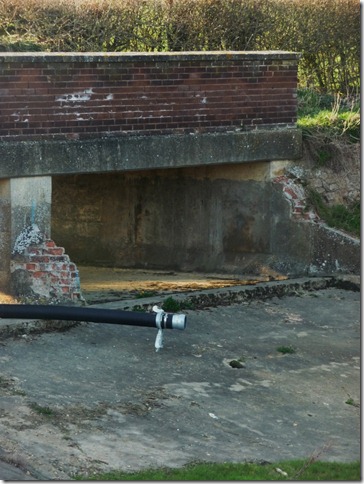 Local rumour has it that  BW originally put a higher capacity pump at the basin than they had at the lock, so the basin kept running dry because the lock pump couldn’t keep up.  This was the cause of a badly worded restriction notice from BW warning that the lock might be closed at times in order to top up the basin.  Now it seems they have got the pumping the right way round and the lock is open all the time.

The reservoir, although a little fuller than when we were there in January is still very very low. 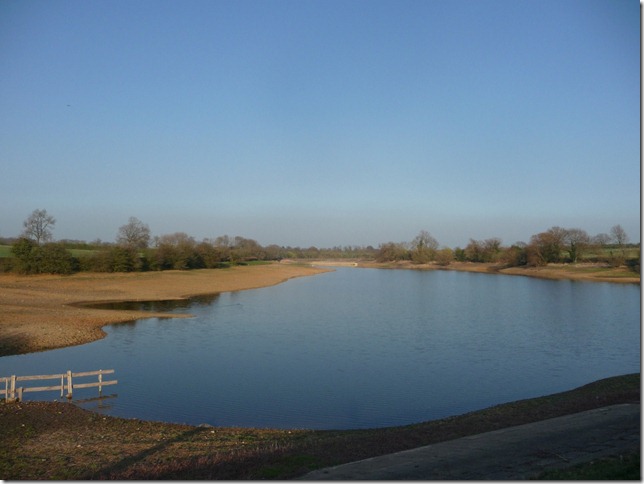 In fact, if I have read this gauge right, more than three and a half meters below the full level.  That’s over ten feet in old money. 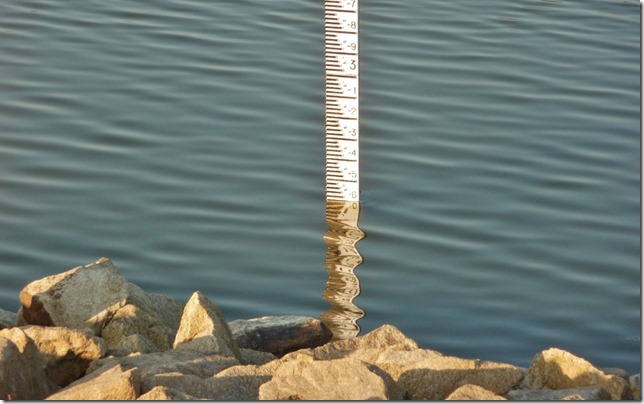 Next time I’ll sort out some images from Foxton.