Just to be contrary, I’ll start at the end. 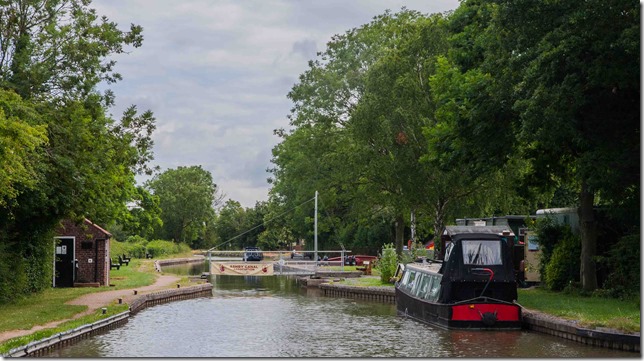 This is as far up the Ashby canal as most boats get, but as you can see there is a further restored bit in water beyond the gate. Here’s what it says on the last bridge 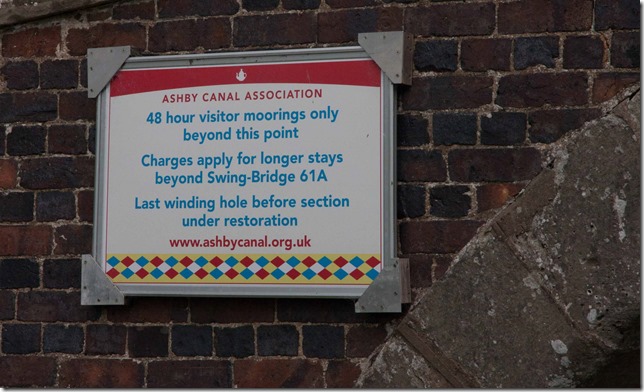 The Ashby seems to divide opinion between those who find it “too rural and boring without locks” and those who told us we would find it “lovely”.  I guess fine weather helps but we enjoyed it and found plenty to look at. In hot weather the shady bits were a joy. 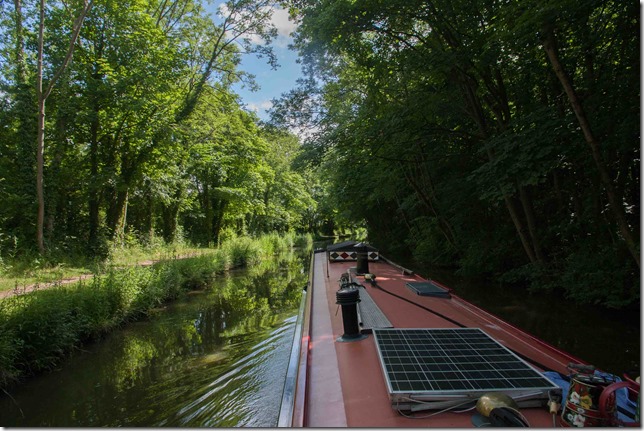 Moorings were, we thought, very good.  Lots of the bank is inaccessible because of plant growth, but they had provided a good number of well kept stopping places, often with wide grassy banks and we never had trouble finding a space.  This one at Stoke Golding was, unusually, on the offside and allowed good access across the field up to the village which has three pubs including the rather wonderful George and Dragon, plus an Indian Restaurant and a little grocery shop.  We tried out the pub (of course) and then the Indian where after looking at the menu I gave the waiter a challenge.  The menu had all the usual stuff plus things like “Chef’s special wotsit with a spicy sauce” which of course tells you nowt.  So I said I wanted some lamb, meduim hot, in a rich sauce containing a vegetable. He said “OK we’ll cook you something like that.  Do you like garlic and spinach?” and came back with a nameless concoction that was actually pretty nice. 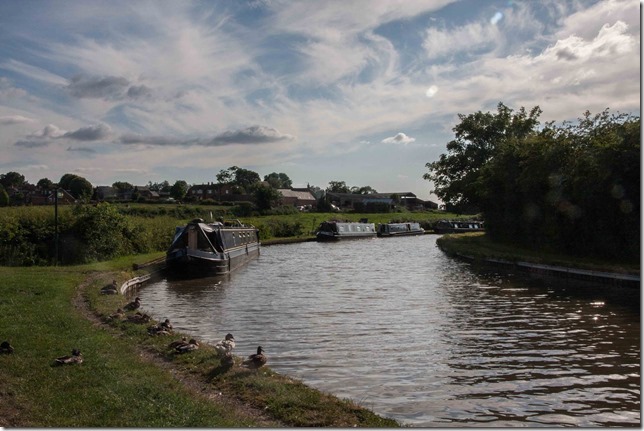 Further down the canal there were a couple of good farm shops near the canal.  Kath bought a cracking meat pie at one of them.

Nicholson’s goes on about the Ashby with it’s distinctive stone bridges, and I was telling Rick about them as he joined us at the top of the canal.  Then on the journey back down, we noticed that the vast majority were brick!  However there are indeed some nice stone ones at the southern end. 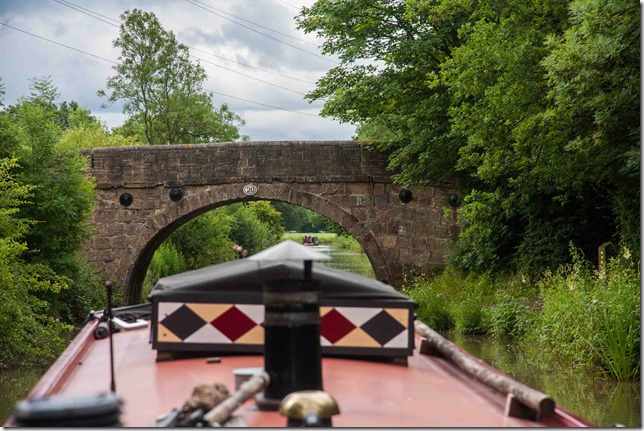 I would definitely consider going again.  Actually it wouldn’t be a bad spot for a base mooring.  There are some good marinas and boatyards up there and it gives ready access to a choice of routes once you get back on the main system.

Great sky in the second-to-last photo.

Tramper said...
This comment has been removed by the author.
5:38 am

Tramper said...
This comment has been removed by the author.
5:38 am

We moor at Stoke Golding, so I'm glad you enjoyed our home canal. Perhaps you'll come back for the Shackerstone Festival on 5th/6th September?