Help me solve a mystery

Greetings from Alcatraz.  I'm quite enjoying life in solitary but I suspect Kath is digging a tunnel.  I've been let out twice, once to applaud the NHS from our doorstep and again today to nip in the car to our daughter Claire's house a mile away to pick up bags of food shopping which she had left for me on her doorstep.  I was only gone ten minutes but still some B*$£!er stole my parking spot outside the house.  Actually there was another a few yards away so I was alright.  As a family we've been having daily video conferences over Zoom.  We did another Zoom with some friends on Thursday at the time we often meet to have a cuppa and stumble through a few tunes.  No tunes this time because of Zoom's latency issues, but we all drank tea in sync.  Then on Tuesday was it?, we joined several thousand other people in the online pub quiz done by the chap at the Big Drop Brewery.  Look it up if you like quizzes.  The questions were interesting for the most part. Not a bad effort from him and us, a few technical glitches but worth the effort.  So it's all been quite sociable really.

Now then  I thought I might keep a couple of people entertained by a little picture quiz of my own, so I've been looking back at photos from late March in some previous years.  See if you can identify any of the places. (The honour goes to whoever comes second because it's a given that Adam will get there first.)

1. From March  2019 - a pier we strolled along just a few miles from where you could board a narrowboat and move towards the canal system.

2.  From March 2014. Here's Herbie with Rick at the helm passing through a lock we like. 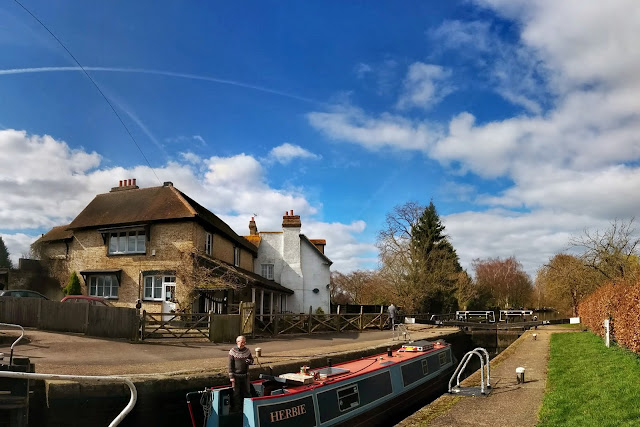 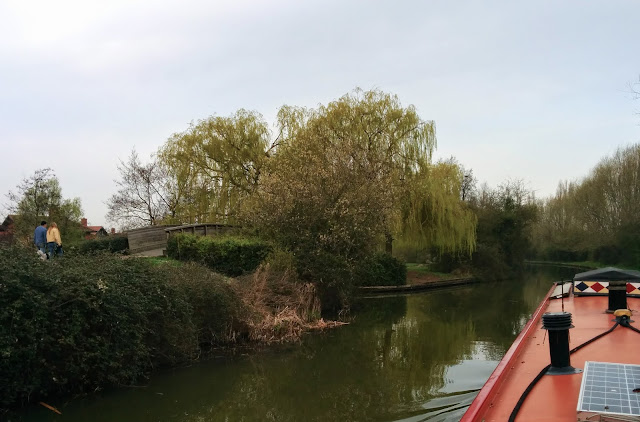 4.  Lastly and most mysteriously from March 2015, where the hell is this?  I'm blowed if I know.  From the data I can see I took this photo with my phone, but I can't for the life of me think where I was, and neither can I recognise the building.  Help me out somebody please. 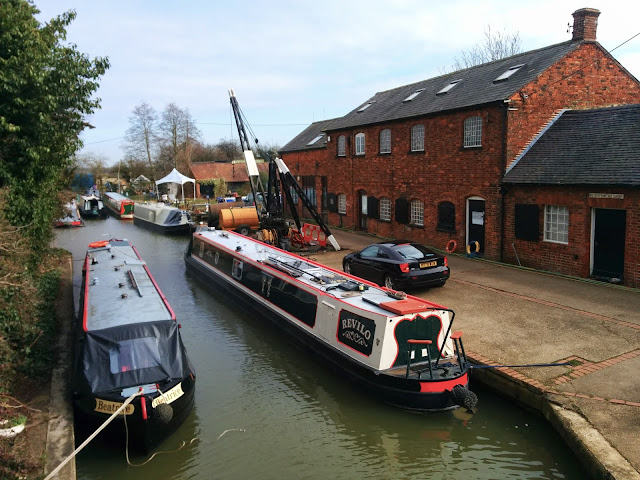 Still looking for entertainment to cheer you up?  Well you could do a lot worse than tune into YouTube at 7pm on Thursdays when the National Thetatre are giving free showings of some of their best productions starting next Thursday with "One Man Two Governors" which I have never seen but all the reviews say is brilliant.  Later in the series they have Twelfth Night with Tamsin Grieg which I have seen twice and can't wait to see it again.  If you don't think you like Shakespeare, give it a go because its genuinely very funny and rips along at a good pace.  I think the Youtube broadcast will each be available free for a week after the appropriate Thursday.  I'm hoping they'll get round to Benedict Cumberbatch doing Hamlet because that was a cracker.

Hurry up, Adam, I'm waiting to see what these places are!

Hi. I think your own mystery photo is of the arm at Hillmorton.
Jo ex n/b Sarah Kate

I’m about to start using Zoom for online lessons. I hope it works and isn’t too overloaded by people doing synchronised tea drinking ;) lovely photos, Neil, but of course, I don’t have a clue.

Yeah, Hillmorton, that's it. Thanks Jo and Mike. Looking at the blog, we were up at Crick that month and I think we probably drove over to Badsey's cafe at Hillmorton and had a general mooch around on foot, so that would explain why the picture appears to have been taken from the bridge. Mystery solved.

number 2 is Black Jack Lock on the GU - no idea on the othrs except the Hillmorton one!

1. I’d guess that’s Gravesend Pier.
2. Blackjack’s Lock
3. Looks like the entrance to Pennyland basin in MK
4. Others have got this one!

Well done as usual Adam! Except for the pier which I'll reveal in my next post.

The pier is at Clevedon

If you use google photos for online storage. You can see the location. Press the i button and if the location was stored, it will show a little window of google maps.