A Tale of Three Stadiums

I refuse to call them Stadia. Ugghh.
When Rick and Marilyn borrowed Herbie recently I asked them for some pictures as blog fodder, a amongst their collection were these three.
The first is easy enough to recognise, 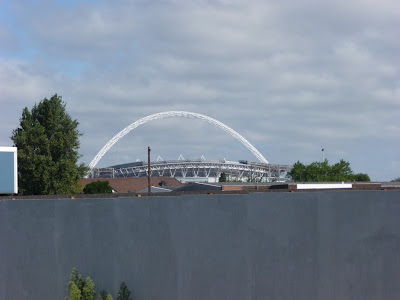 the arch of Wembley stadium as seen from Ealing or thereabouts on the Paddington Arm
The second is newer, but already featuring in a few blogs - the new Olympic Stadium at Stratford as seen from the Lee Navigation. 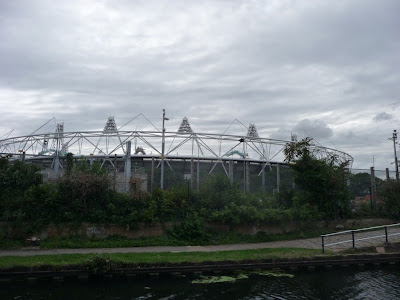 But what's this third object, also seen somewhere near Ealing? 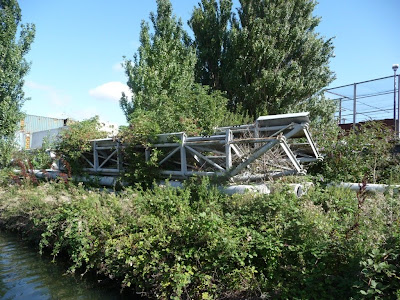 Rick seems to think its a relic of the old Wembley stadium, probably a floodlight column. There is a huge pile of the stuff there. Quite why they have left it there I can't imagine. It ought to be being recycled, even just for scrap steel if nothing else. Just leaving it to rot is a crime.
PS I just ordered my new solar panel and some magnets to attach it with. Exciting times ahead.
Posted by Neil Corbett at 1:55 pm

Is that last photo a bit of tower crane?