The big marriage - will it work?

Wills and Kate?  No, I mean the proposed BIG wedding in couple of years time when the aristocratic Environment Agency walks down the aisle with the lowly commoner -BW.

I can't see it working.  The EA with it's smart powered locks, landing stages, lock keepers and all that marrying beneath itself with the lowly, greasy paddle locked,  live-aboard strewn BW?  Naah.  They don't even think the same way.  Take locks for example.

For a start they don't even speak the same language.  Look at this EA sign at a lock. 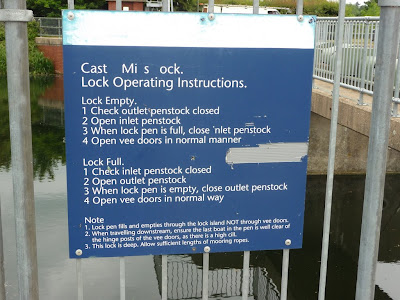 Penstock?  What's a penstock?!  Oh, a paddle.  Why didn't they say so?  Note this lock doesn't have gates, it has vee doors.

Then there's the dreaded elfin safety.  BW lets you risk your life walking across narrow gate beams and has open paddle gearing to pinch your fingers and their boaters complain like anything when they install a couple of bollards to tie to in a lock.  Well, just look at an EA lock. 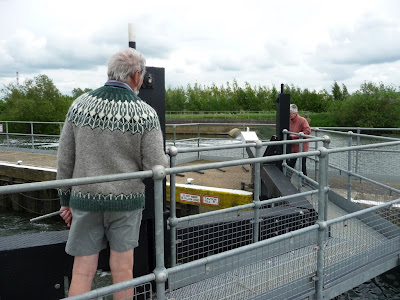 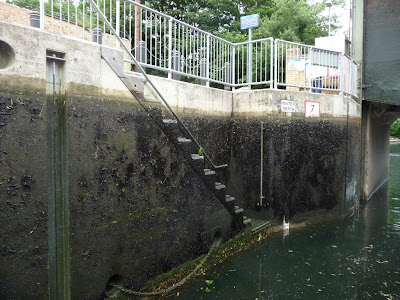 Fences everywhere, even a staircase to climb out!  Will BW be expected to come up to scratch?  Will canal boaters put up with all the paraphernalia?  No chance.  We hardy narrowboaters like our locks as they are.  Old fashioned, greasy and dangerous.

As to moorings, well what can I say.  Elfin safety rears its head again with the EA. 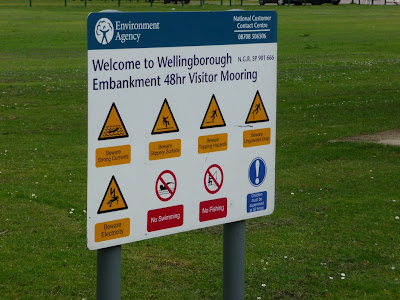 Mind you I wouldn't mind them installing the mooring bollards. 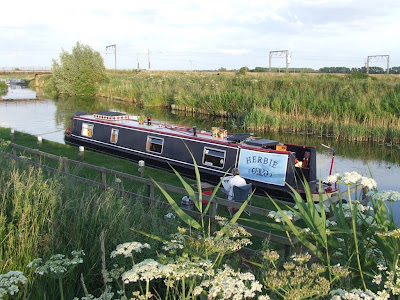 Anyway, It's Them and US all over again.  I can't see the EA marrying into the lower classes.  Can you?
Posted by Neil Corbett at 1:07 pm

Well from what I read on another blog, is that The Great Marriage may well please Maffi at least ???

Who calls a penstock a slacker? I know I've been there: is it the Cam Con?