One thing about the Thames, you do see some unusual boats.  Not far up the river, we were startled to be overtaken at speed by this fab launch, 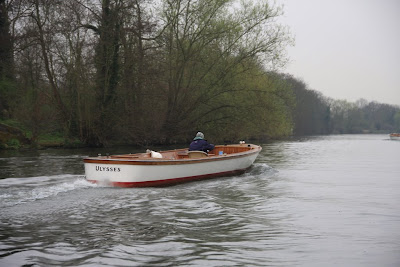 and then two more. 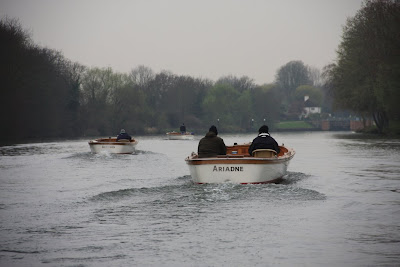 They were on their way back to Henley after being use in the University boat race.  I think they were used by race officials or VIPs in the pack that follows the rowers.  The photo doesn't show it but a nice feature was that the steerers were seated in wicker armchairs!

The a couple of days later we approached opening lock gates and had to do a swift reverse as this whopping great lighter emerged. 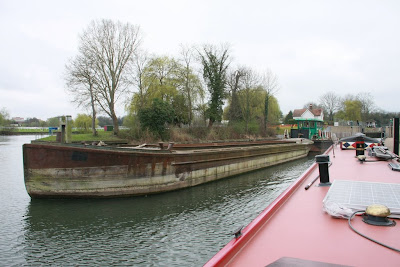 It would have sunk us without slowing if we had collided. The lockie said they had to use every trick of the trade to get it through the lock, and it was a big lock.  He the went on to spill the beans about how it had been bought for a couple  thousand pounds with a bunch of others, and would be worth several times the selling price as scrap metal.. Such is the price of scrap today.  However, the irony was that apparently this particular boat shouldn't have been taken away as it was not part of the sale lot, so this tug was having to take it all the way back to where they got it from.

Then next day another big boat had a go at us. 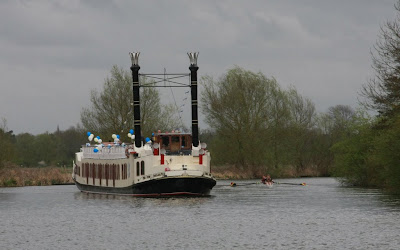 A bit of a dilemma this as we were worried about tangling with the rowing crew.  Eventually the skipper of the paddle steamer held her still while we squeezed past.

Here's one for boat name collectors. 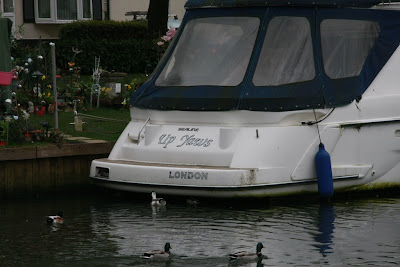 And finally, we had to take a pic of this one didn't we. 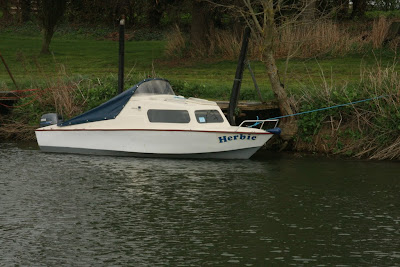 it does look in the third picture as if there's an entire island inside the lighter...

The last time I was on the Thames, I remember seeing some really odd contraptions. These look more like fun than odd.