Juggling and shuffling and some totally irrelevant holiday snaps.

No, not Olympic sports (yet), although the Ali shuffle has been mentioned more than once in the boxing.  I’m referring to a problem narrow boaters know all about- meeting shore based appointments when you are on the canal.  On the southern Grand Union it was simples.  Never more than a short walk from the railway.  Up in our current area of Northants and Warwickshire much of the canal is pretty remote,so if you want to be somewhere else on a given day you have to do a lot of planning.

My brain hurts.  I feel some re-arranging coming on.  One idea we had to solve problem 1) was to abandon the Chester trip and go instead down the Nene and across the Middle Levels.  Plenty of opportunities there for transport to Cambridge.  Further investigation revealed that it would cost £197 for a one month EA Anglian waters licence.  Blow that for a game of soldiers.  I wouldn’t mind if we could be sure that the Nene wouldn’t trap us in a flood somewhere and we’d miss our appointment.  It is a beautiful river, but you can never rely on its navigability in advance.

Never mind, to take your mind off it here are some pictures I took while we have been away in Shropshire.  Click ‘em up big if you have the bandwidth. The first three were taken less then ten minutes walk from our tent.

Here we are at our campsite – we’re the one with the white roof. 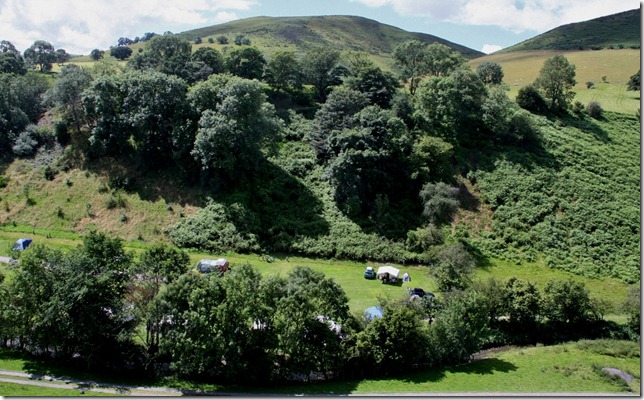 A few yards further up the track, some sheep grazing on the slopes of Ashlet on the Long Mynd 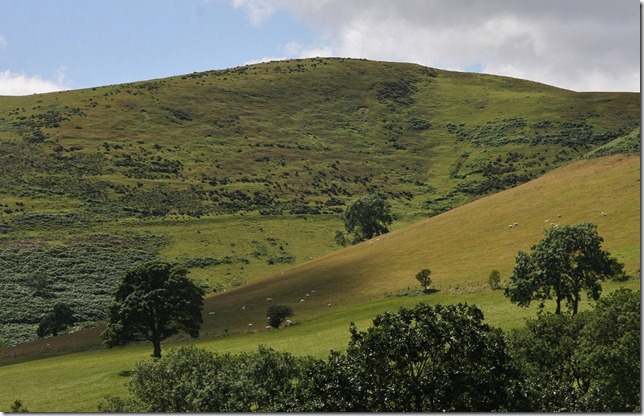 From the same spot, facing the other way, here’s Caer Caradoc above Church Stretton. We climbed it a couple of years back and my feet still hurt. 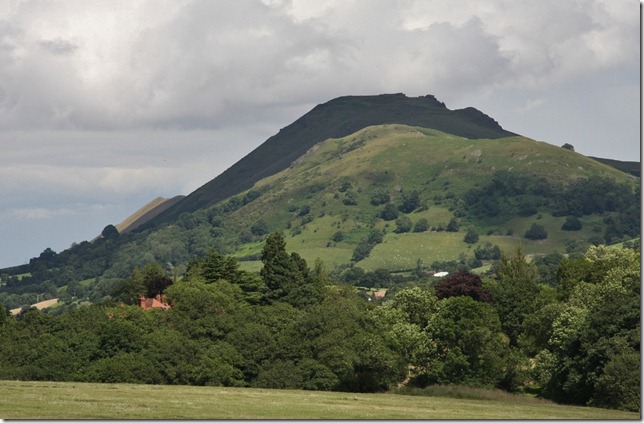 Not a lot of people know this area, which is partly why I like it so much.

The weather was OK, but we’ve all had a pretty muddy year earlier on.  Some folk seem to like it though.  This pig is of a breed sharing it’s name with a canal location. You see boats bearing the  label  “Registered at ???”.  Can you guess? 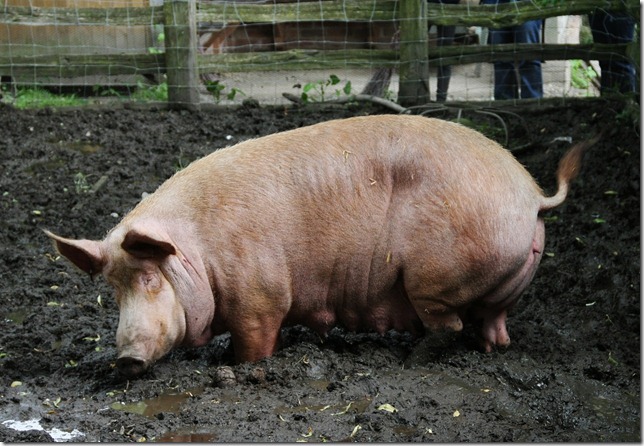 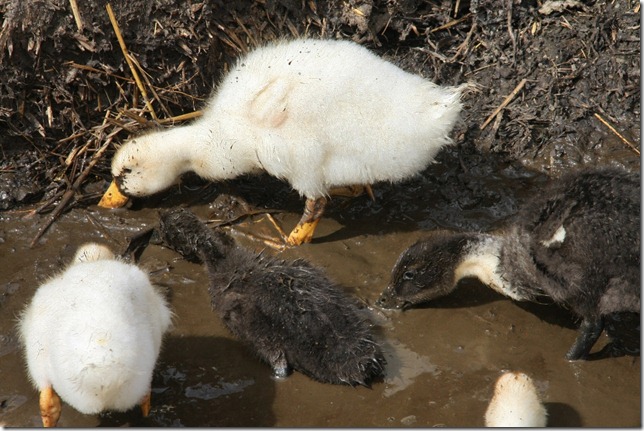 We have a short trip on Herbie this week , a long standing date to give our friends the GoodyJoes a ride.  The Folly at Napton is the chosen target.  That way they can sample two tunnels, Watford staircase lock flight and Braunston and a good canalside pub all in a couple of days.  Not a bad sample of canal scenery.

Glad you're blogging again, we missed you while you were off the air.

Maybe it's a Watford Pig, but I can't see the Gap from here!

Waterways World calls the Nene "The Quiet Waters". I'm not surprised at those prices!

It's a Hudson pig! It has the upturned snout. But where are the false rivets?

I find a bicycle invaluable.