What is this boat?

While we wait for our next cruise – coming shortly, you might be able to help me with an explanation of his odd looking craft. 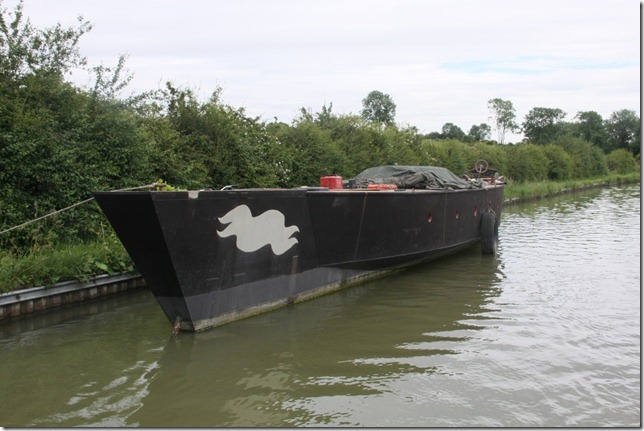 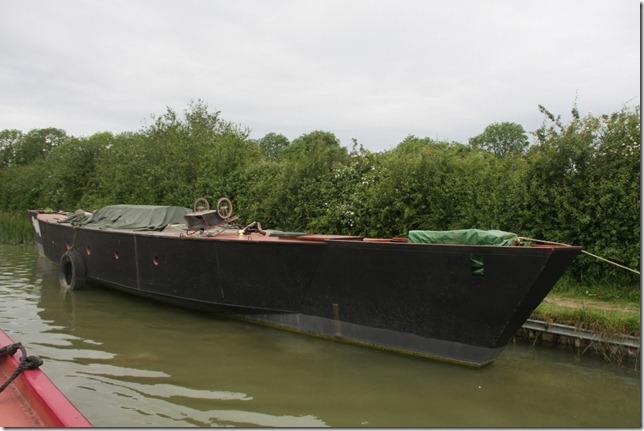 I’m sure some of you will have noticed it if you have cruised between Braunston and Wigram’s Turn on the oxford/ Grand Union bit. I find it hard to believe it was originally built in that shape.  It looks more like it has been somehow constructed from different bits. No doubt it is destined to be someone’s home rather than a moving boat although there does seem to be some sort of rudder in the top photo. I took this picture in June of this year, but if memory serves me right it had come on a bit when we passed it again a couple of weeks ago.

I wonder about its lateral stability.  Unless it has a huge amount of ballast it looks like it wouldn’t half rock about when you move about inside.  And what could you do with the narrow bits at the ends?  They don’t look wide enough to be useable in any way.

Does anyone know any more about it?

We might pass it again next month as our current plan is to go down the Oxford and onto the upper Thames.  Mind you, this is not  plan A or plan B, or even plan C.  Because of other commitments, we are down to about plan F at the moment!  There is still time to get further down the alphabet, particularly if river conditions don’t behave themselves.

I was just wondering how you both were (though it's not that long since you last posted!).

We've photographed that strange craft too - no idea what it's about though. I wonder if they'd give you a guided tour if you moored by them?!

We saw that boat in March last year near bridge 26 but it looked slightly different then - see the link -
http://nbrocknroll.blogspot.co.uk/2011/03/good-road-bad-road-long-road-then-rest.html

I think you will find was an Estuary Buoy

I spoke to the owner a while ago.

It is a South Sea Islands outrigger, minus mast and out ribbers. Built for the previous owner at Warwickshire Fly Boat.