No trouser barges on the Severn

Bear with me dear reader. Tonight you are a guinea pig. I am typing this using a new blog writing app for the iPad. If it works we should now get photos in amongst the text. If not, I may have wasted £2.99 on you. Here goes . .

Cor they don't half make you work to get into the Severn. One normal lock, a twisty turny wiggle through two basins and then two sets of staircase locks. 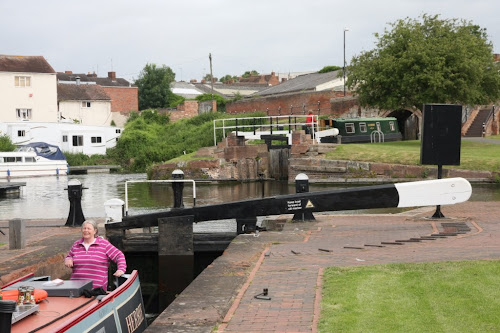 Not only that, the lock paddle gear was heavy. I was cream crackered by the time we emerged onto the mighty river.

There being no discernable current and loads of space we set off at a giddying 1800 revs achieving the velocity of 5.2 mph. For Herbie that's practically warp factor 9.

The Severn is nice if you like looking at trees and water. Otherwise there is little else to look at except for the occasional rock formation. 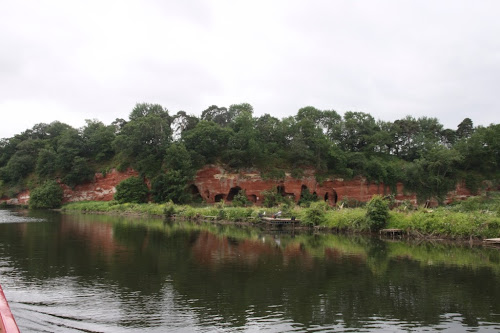 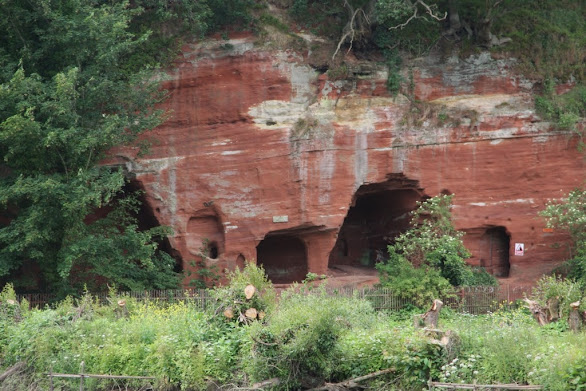 It feels very much like the middle Thames except the locks are bigger. 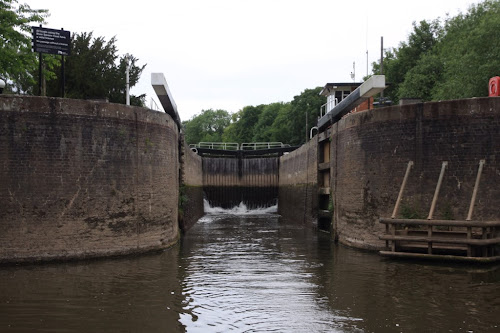 You have to enter on a traffic light system and then pass ropes around rising wires to hold the boat steady. Actually because we were going down hill the locks were extremely gentle. The lock keepers are so far above your head that you don't get to talk to them except for a hello when you arrive and. Thank you when to leave. Not very sociable is it?

Anyway that's enough about the Severn for now, you wouldn't want me to be a Severn bore. They already have one of them.

We arrived in Worcester by early afternoon and opted to moor on a pontoon just past the Diglis basin entrance. We could stay here for 14 days for free whereas up by the races course it costs £4 a day. Here is the view from Herbie as I write 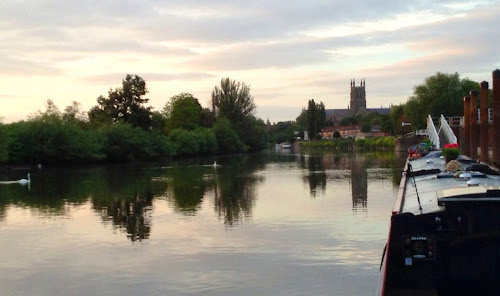 This afternoon we strolled into the city for a mooch, starting at the cathedral, which once inside, is a cracker. Pride of place just before the high altar is the tomb of King John of Magna Carta fame. Strange really when the plaque along side goes into some detail about what a nasty murdering piece of work he was.

We're going back to the cathedral tomorrow as they have a lunchtime organ concert.

After the cathedral we continued in culture vulture vein and visited the Commandery museum which is alongside the canal. A fascinating building but largely unfurnished. We got a bit tired of the bloke on the audio guide telling us to imagine things. I would rather he talked about what I could see than what I couldn't.

Walking back along the canal we stumbled up on the Anchor pub at the back of Diglis basin and as it was hot we thought we needed a sit down and a small libation. It turned out to be a good little pub. Friendly, good beer and Andy Murray was playing tennis on the telly. It's a good job he won in three sets or we may have had to drink rather too much beer.

Message for Rick: we have not seen any trouser barges (when having a tour of Bridgenorth, Rick couldn't figure out why the man kept referring to trouser barges on the Severn. It turns out he was saying 'Trows or barges'.)

Posted with Blogsy
Posted by Neil Corbett at 9:11 pm

Good to see The Anchor is still going strong. Is it still one of the last pubs to sell traditional cask beer through electric pumps? (At one time all Banks's houses did).

Loving the travelogue - you are a true wit!

It's making me a bit homesick for the Western waters though - we're on the tidal Thames for another month but we really do need to move in late Summer/Autumn,

Neil, Also keep a lookout for the three thousand pigs washed down the river (which was a misunderstanding of "three sows and pigs").

watch out for Keith the seal
below Diglis

Great photos by the way. I am also enjoying your travelogue. Seems the app was worth it!

Great photos Neil, yes your ten bob was worth it!