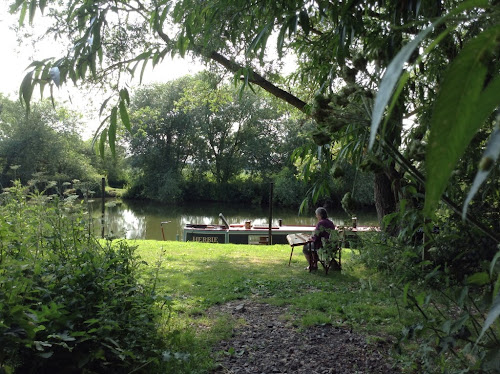 Many years from now, when we're long gone, people will pass this idyllic little mooring near Great Comberton on the Avon and wonder how it came to have an olive grove behind it. They will of course never know that it is there because one glorious afternoon in July 2013, a boat called Herbie stopped there and the skipper had his favourite lunch of pittas filled with hummus, tzatziki, red and green peppers and kalamati olives. About a dozen of the stones or pits or whatever they are called from those olives now rest amongst the stinging nettles where they may grow and flourish.
All is quiet here except for the buzzing of the insects and the occasional passing aircraft. This morning an RAF Hercules flew very low over us before veering round Bredon hill.
Some of the locals around here are quite handsome 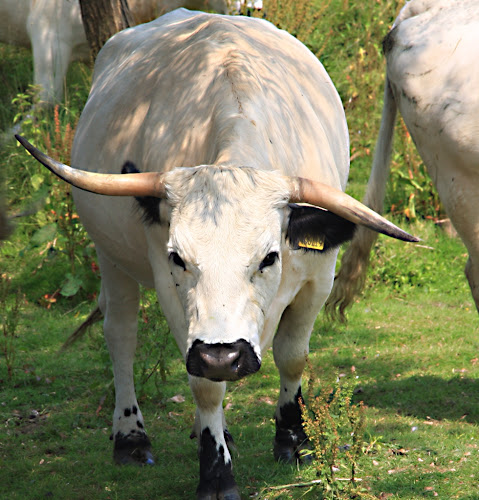 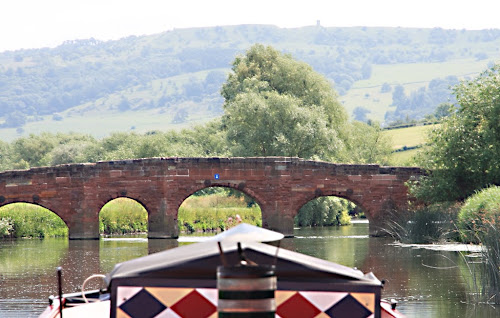 but I have already fallen out of love with its locks. Like many locks on flood rivers, the landing stages are awkward and the currents in the locks fierce. Kath had to have two goes at getting us out of Nafford lock which has a tight bend immediately out of the top gates. The river does however have a rather glorious hairpin bend called the swan's neck where you can just wang the tiller over and do a beautiful broadside turn. Deep joy. I would have called it a handbrake turn but of course . . .
Yesterday in Tewkesbury was good. We made the obligatory visit to the famous abbey, which although not as architecturally stunning as Worcester cathedral, does have a lot of fascinating relics which helpfully have excellent descriptive texts next to them.
Rather gory but fascinating was the tomb of someone whose name I have forgotten, but the effigy on top of the tomb depicted the decomposing corpse of the chap with various species of vermin crawling over it!
Then we got another of those tombs of disgraced people who still managed to get pride of place. This time it was Hugh Despenser, 'special friend' of Edward II of red hot poker fame. Poor old Hugh was hung drawn and quartered for his misdemeanours but still managed to have a fancy tomb near the high altar.
In the afternoon we had tea in the super Abbey Tea Rooms which are notable as much for being packed with bygones as for their yummy cream teas. For the we were joined by special visitors Tim (Rick's son) , Daizee and baby Georgina. What a sweetie. Not not you Tim.
And as if that wasn't enough my brother Graham and sister in law Jackie drove over from Offenham to see us and we all had dinner in the Berkeley arms.
Great day but a bit hectic so it has been nice to moor up early today in this blissfully peaceful spot. Thanks to John and Irene for tipping us off about it.

Posted with Blogsy
Posted by Neil Corbett at 3:55 pm

You're right about the locks being fierce -- when we did the Avon we were glad we were going down not up. But they're much better (at least in terms of lock landings etc) on the Upper Avon, and many up that end have good moorings too.

Looks and sounds heavenly, Neil. That;s a lovely picture of kath, and the neighbours are grand. Love the mascara and the black socks!

Fine photos there! I often wonder if any of my seeds, stones and sproutings will take hold where I cast them into hedgerows and ditches. Not sure if my mango stone will grow but imagine olive groves and mango trees along the cut!