Underneath the arches, but which one? 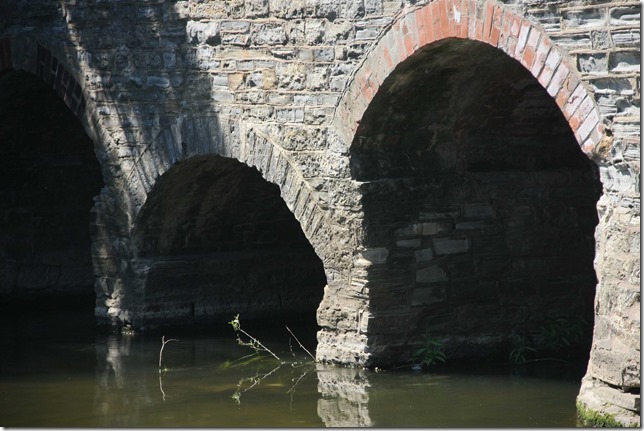 Bridges, don’t ya just love ‘em?  Demolishers of chimneys, scrapers of gunnels, platforms for gongoozlers, places to meet boats coming the other way, but they’re still lovely things.  River bridges can be especially nice and many of course are quite ancient, however, one or two on the Avon had us flummoxed for a bit on account of knowing which arch to head for.

I suppose you might say when in doubt, take the central or largest arch.  That certainly works here at Eckington (I think?) 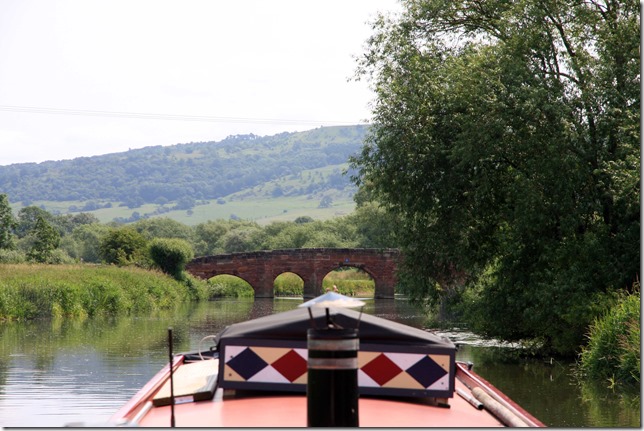 but further up river things get more complicated.  Perhaps the craziest is at Bidford. 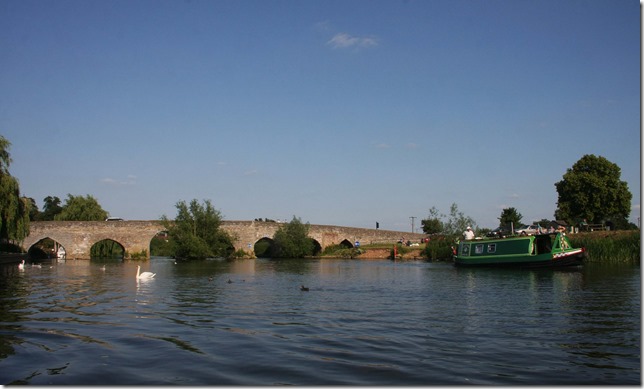 Aim for the middle here and you’ll end up on the rocks and all the locals will rush out to salvage your bottles of whisky from the wreckage.   No, the only navigable arch is way over on the right against the far bank just to the right of the smaller of the two mid stream bushes.  I tell you, I wouldn’t want to have a go at it in strong stream conditions, it was bad enough as it was. Even through that navigable arch there was a strong current and lots of rock and concrete just under the surface.  I wouldn’t be at all surprised to learn that boats had come to grief there. 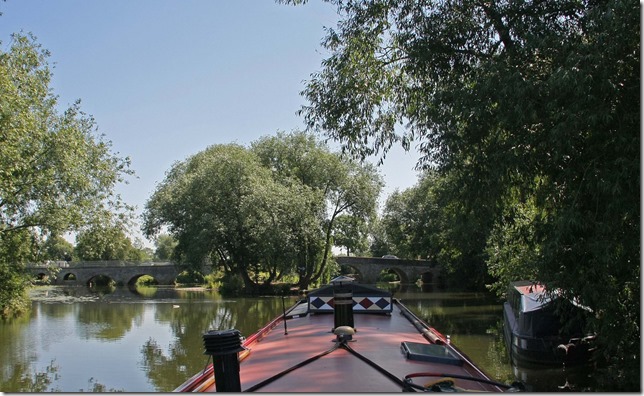 Very picturesque, but where do you go?  Well, as luck would have it, Herbie was heading straight for the correct arch, but it was a while before we spotted the blue arrows telling us where to go.  Can you spot them?

At least on the canals we generally have only one arch to aim at even if sometimes, as on the Stratford canal, it is only two inches wider than the boat!