A listed building on the Slough Arm?

Adam is obviously a lot more observant than me. On only his second passage of the Slough Arm on Briar Rose he spotted the white obelisk on the towpath not far from the river Colne aqueduct.  I only noticed it for the first time this April when I was doing some ranger work.  I must have driven Herbie past it thirty or more times before that. 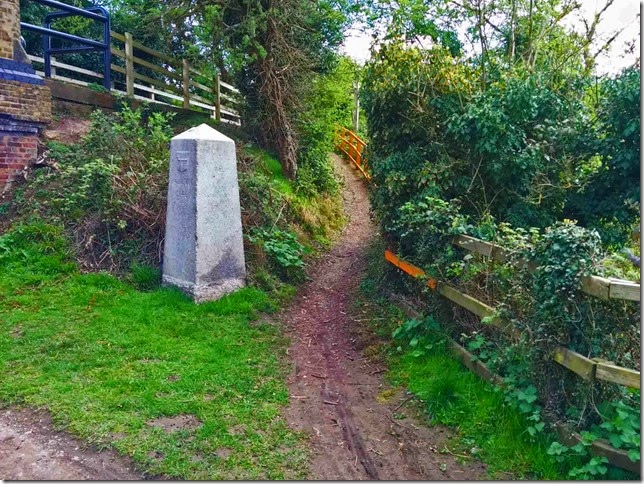 Adam’s Pearson’s guide informed him it was a coal tax marker.  “What is that?” I asked myself, then I asked Mr Google and his answer was interesting.  It seems that there are  Coal tax posts surviving today at over 200 points a 20mile radius from the old general post office in the city of London.  Erected in the late 1860s they mark the boundary where the London Coal and Wine Duties Continuance Act was enforced.  A bit like the Congestion Charge areas in London today.  Apparently many of these posts are now registered as listed buildings.

Most of these posts are alongside roads and there are only three alongside canals and two more along the river Thames.  The canal and Thames ones are granite obelisks a bit more than a meter high, whereas those by roadsides are of cast iron.  Some bridges have iron plates or boxes as boundary markers markers and railways have tall posts. You may be able to make out in my picture the shield which is the badge of the Corporation of the City of London. You see this shield on lots of posts around the city itself.

The canal side ones to look out for are:

On the Thames they are at

Should you wish to look out for roadside ones if you live down that way, you can find the list here.

There you are then. Don’t say I never tell you anything.

The Coal Duty Marker Post for the Grand Union is just 10 metres down from Stockers Lock. It is outside Stockers House which was built for the Collector of the Duties. Possibly sited there for convenience of access.
I think the Post you refer to is the marker for the actual London/Hertfordshire boundary.

How interesting!! Amazing what you can find on a canal side!