Kath and I are battery saving anoraks while we’re aboard Herbie.  Our current domestics have done very well, and I like to think it’s because we look after them, never letting the state of charge to get below 60% and getting it back up to 100 most days.  But now I fear I have delivered them a near fatal blow.  It all happened like this.

Last week we stayed on board for a couple of nights before going off on a weekend jolly with Rick and Marilyn doing a coach tour and hotel thingy exploring National Trust houses in Norfolk like the gorgeous Oxborough Hall snapped here by Kath. 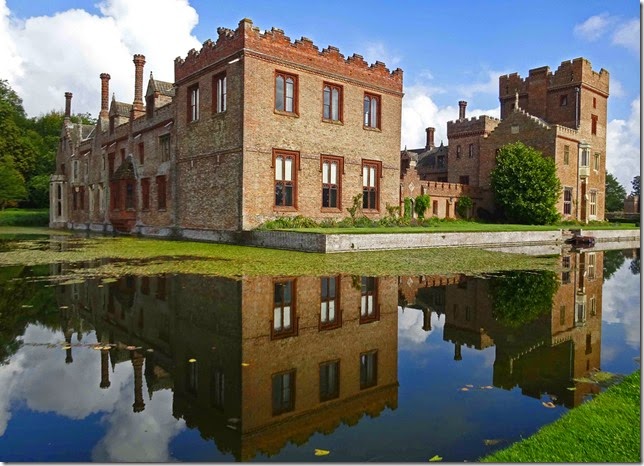 It was fun watching the large shoals of rudd keeping their distance from this pike vainly trying to stalk them in the moat. 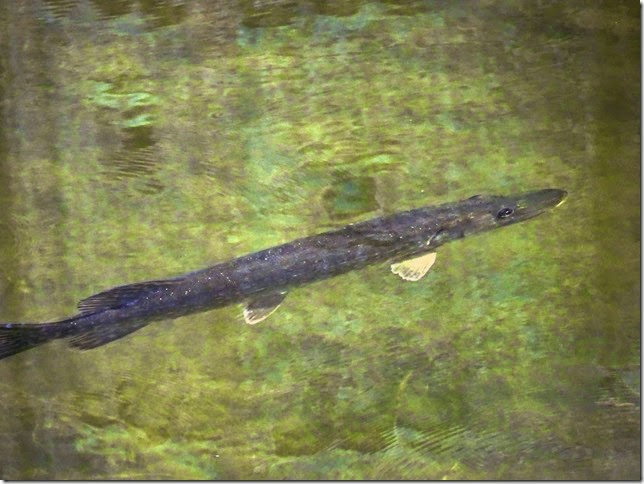 Before leaving the boat, I didn’t go through our normal shut down check list because we would be back on Monday evening. Well to cut a long story short, we left the batteries switched on and the fridge door open.  Doh!  I blame the National Trust.

When we got back on Monday evening there was an error light flashing on the Smartgauge and the batteries were down to 10 volts and the state of charge read as 0%.  “Eeh I am vexed” quoth I.  Well they weren’t the exact words but I’ll leave that to your imagination.  Well, I connected the shore line and switched on the mains charger and by the time we left for home on Tuesday morning I think they were back to 85% or so.  No doubt the solar panel will drag them back up to 100%, but I fear they may not hold their charge when we are out and about.  It’s a good job I suppose that we have had more than their guaranteed life out of them already.

This weekend all being well, we set off on our early autumn cruise to Oxford and back via Banbury Canal Day.  If the batteries are stuffed then we ought to know by the time we have spent a night in Braunston in which case I’ll have to flash the plastic in Midland Swindlers and get three new ones.