I popped into Morrisons this morning for a loaf of bread and spotted their ad outside inviting you to ask advice from their “Fully Trained Fishmongers”.  Have you ever seen a sign that says “our partially trained staff”?  I haven’t.  All trained staff appear to be “fully” trained these days.  Well I am not yet fully trained as a CRT volunteer boat mover, but I will be another step on the way next week after I have attended the obligatory courses on Basic Fire Water Save A Life and Health & Safety Foundation.  Should be fun ‘cos I hear we get to discharge a real fire extinguisher at a real fire – something I have never done.  I suppose the life saving bit might be handy too.  I don’t mind doing these courses but I wish they wouldn’t start them at 8.30 am at Enfield Lock, sixty miles from my house.  About 45 of those miles will be round the M25 in the rush hour.  I’ve decided to go up the night before and camp.

In my other volunteering role as Towpath Ranger, my mate Alan and I donned our deerstalkers last week and went off tracking motorcyclists on the towpath.  These young oiks have been a nuisance for sometime in the Slough Arm and Cowley Peachey area.  Recently they got over the problem of a gate in the towpath by removing it and bunging it in the cut.  One of CRT’s ideas was to find out where these young whizz kids were getting on to the towpath so suitable barriers could be provided.  Well we soon discovered that was a non starter, because along the Slough Arm, the towpath is accessible from the surrounding waste land in loads of places.  There is a network of footpaths and byways all over the area as well as some disused metalled roads.  Absolutely ideal for bombing around on a motor bike as long as you don’t mind annoying the neighbouring properties and the boaters resident on the canal, and risking the lives of the walkers and joggers and cyclists on the towpath.  Some of the locals we interviewed on our rounds reported that there was a lot of motor bike activity in the area round the lakes which hide behind the bushes thereabouts. 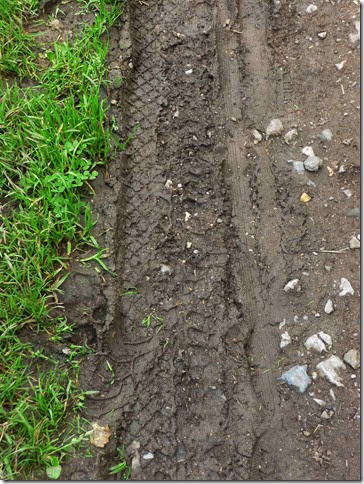 “Aha, an unlicenced Kawasaki kt250  Watson” I cried, “clearly ridden by a dyslexic youth of 16 or 17 years with a lisp and who dined earlier on a Kebab from Joe’s hot food van if I’m not mistaken.”  Then we remembered it was time for lunch and decided to call it a day and return to the scene of the crimes later.

On the way back to our carriage we spotted an interesting thing or two.  Firstly this. 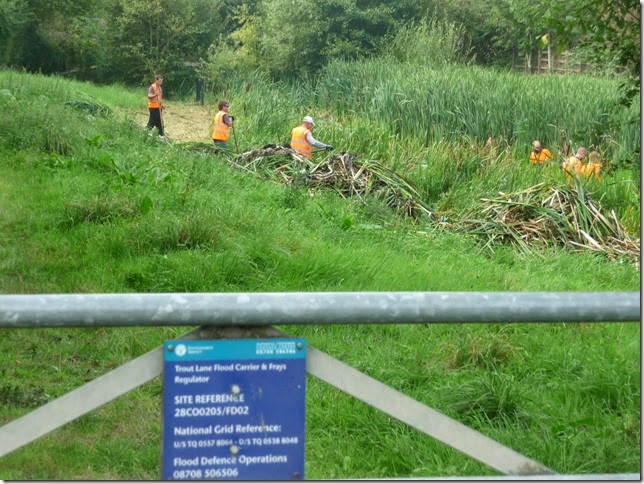 A gang of yoofs clearing rushes from a flood relief channel.  I suppose they might have been volunteers, or they might be naughty boys and girls doing their bit to repay the community for their misdemeanours.

Then back on the GU mainline opposite Packet Boat Marina, this 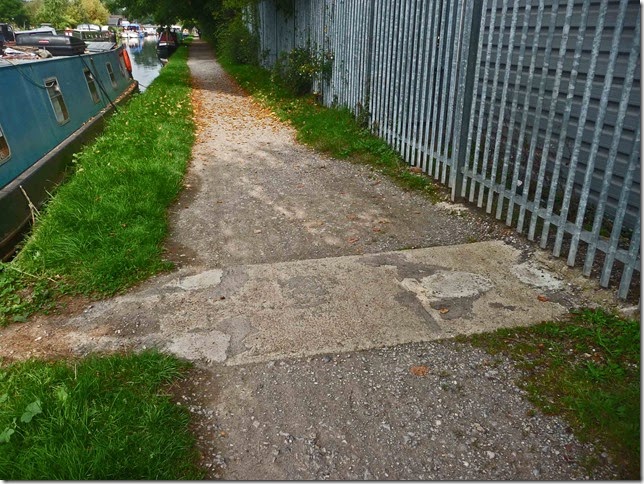 Clearly a spot where CRT themselves have removed a former barrier.  In fact I think I remember it being there. It might be said they only have themselves to blame.

I was interested in the signage in the foreground of the hi-vis workers:

What is a frays regulator?

Yes, I thought that! Why don't they put those steel hoop things (big ones) on the tow path? It will interrupt the cyclists, I realise that, but it should stop the boy racers. What a nuisance. I enjoyed your sleuthing, Neil :)