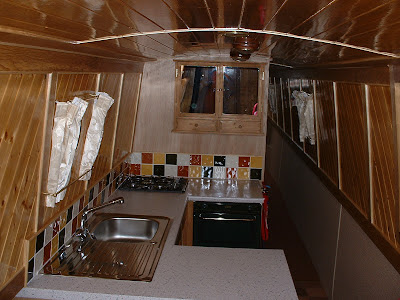 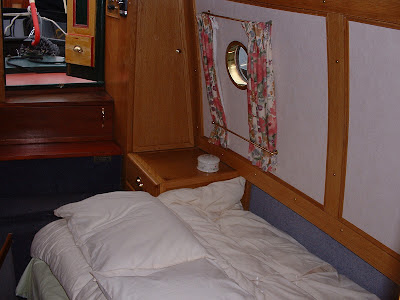 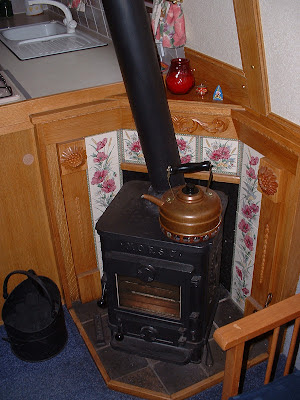 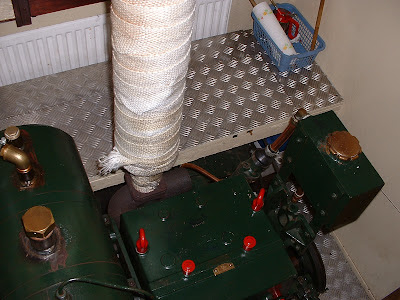 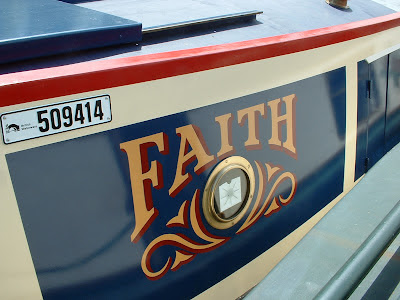 Looking through old photos I came across ones we took when we were looking for a boat to buy. We saw a lot of old rubbish but there were a few that sorely tempted us.

One was Tir Na Nog which had a new interior fit out on a Reeves semi trad shell. The fit out was very nice indeed but the boat had only small portholes and no glass in the front doors so it was very dark inside. It also had a diesel stove, which in retrospect might have cost a lot to run now that diesel is so dear.

Another was Swanley, a very nice trad boat, tastefully fitted out and with a Russell Newbury engine in a centre engine room. The owner had left copious notes on managing the boat and obviously had taken good care of her. However the notes on how to start the engine took two pages. Today, I wouldn't mind at all, but we didn't have the confidence then to take it on. I bet it sounds lovely. We were also concerned about the faint smell of diesel throughout the boat and the exposed fan belts alongside the corridor.

Then there was Faith. A very smart Colecraft shell, and nicely painted. Externally it was a really smart looking boat. The interior had a modern fit out with a walk through bathroom and didn't feel very boaty inside. Also the engine, a Lister, wasn't so easy to get at under the back steps. The final nail in the coffin was a rubbing noise coming from the prop shaft when we went for a test run.

If I bought a boat again today would I consider any of them? Swanley probably. It took ages to sell too and eventually went for a good bit less than we paid for Herbie.
Posted by Neil Corbett at 3:38 pm