Not boaty but a grand day out

Off topic , I know, but yesterday I went on a charabang trip to the Great Dorset Steam Fair. I guess most boaties would love it because of all the old engines all painted up in traditional styles. Phil Speight was there selling his Craftmaster paints.

The show is really really HUGE. You really need three days at it to get round. The best bit was what friend Pete calls the Playpen. They supply a lot of really heavy loads and any of the traction engines or steam lorries or whetever can hitch them up and have a go at pulling them up a steep hill and back. 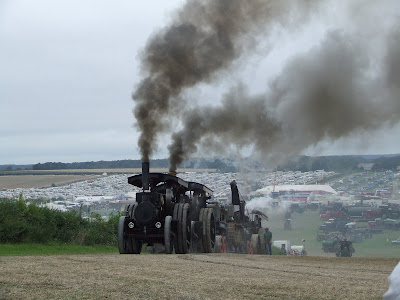 These people are mad. All day they hitch up tree trunks, rocks, railway engines on trailers, tanks etc and charge up and down the one in twelve slope just for the hell of it. 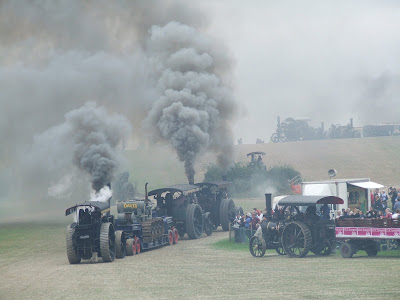 Then there are the showmans engines. I counted nearly 60, all,except two being painted in maroon. 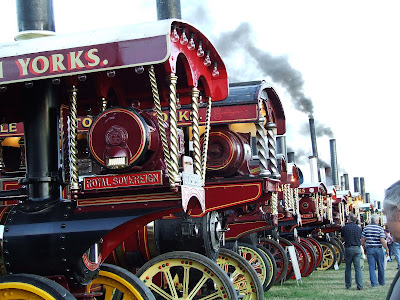 I didn't think that many survived, and they all looked as good as new. A water tanker and a coal lorry were circulating the site all day recharging these beasts. 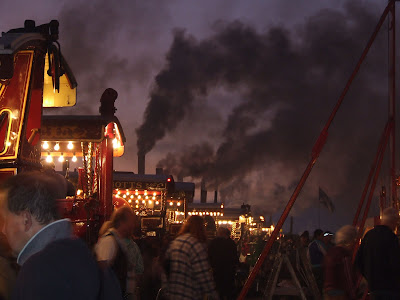 The one thing that bowled me over most though was a giant Belgian fairground organ Victory, made by J Verbeeck, playing a set of Queen hits. Absolutely brilliant. Lots people have featured this organ on You tube. None do it justice.

Having described about 1% of the show I'll stop there. If you ever get a chance to go, take it.
Herbie's rest period will soon be over and in the very near future we'll be back aboard to do jobs and get ready for our early Autumn cruise.
Posted by Neil Corbett at 1:54 pm