Oh yes, it’s time to get another fix of battery talk.  Next to toilets, it’s the boaters favourite topic.  Well, I notice a  year has gone by since I reported on how well our last lot of domestic batteries were doing. I also notice that its only two years since we were all worrying about the canals drying up!  Remember this ? – Welford reservoir 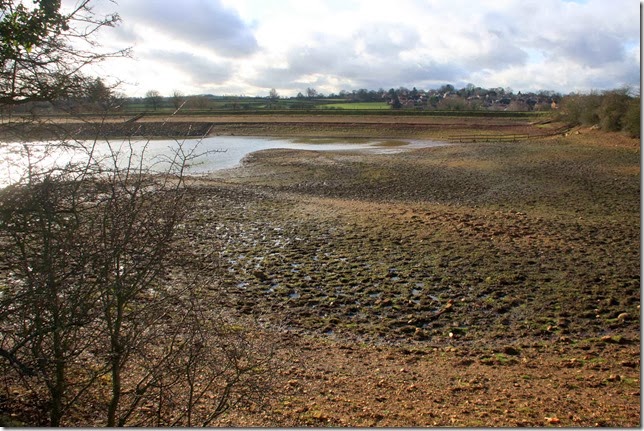 Anyway, I digress.  Back in 2010 we bought some sealed Numax CXV batteries to run Herbie’s domestics.  At the time they time cost about 15% more than the standard open cell types..  The gamble was that they were supposed to last longer.  Well did they, and if so how much longer?  Read on.

I checked back to our old open cell types.  We bought them in November 2007 and  by June 2010 they needed replacing because they were running down too quickly (very handy having a blog to look back at) so that’s about two and a half years we got out of them. So how about these CXVs then? Well we bought them in June 2010 and they are still going strong. That’s three and a half years and counting. In fact I would say that over the last twelve months they have hardly deteriorated at all. On present performance I don’t see that they will need replacing for another year. (Now they’ll probably give up tomorrow, must learn to keep my mouth shut.)

So for 15% extra cost we get a minimum of 40% extra life even if they did pack up tomorrow.  Not only that, we don’t have the tedious business of topping them up.

Now the caveat.  I strongly suspect that having a solar panel has contributed to the beneficial effect, mostly because it keeps the batteries up while the boat is resting up between cruises.  We didn’t have the panel when we had the old batteries.  And another thing – we do take care not to let the batteries run down too far.  When we are moored up for a few days but still using the fridge, the lights, and all that, we don’t let the batteries fall to below 65% or so (measured on our Smartgauge).  let me see, that would be about 12.35 volts.  Any lower than that and we run the engine to get them back up.

So given the caveats, will I be spending the extra to get these batteries next time?  In the immortal words of Churchill  “Oh yes”.

Now don’t say “Well our old car battery has gone on for seven years. “  Car batteries are a different thing entirely.  They have a very different job to do and have a different charging regime. I’ve lost count of how many people write into canal world forums complaining about their domestic batteries giving up, mostly because they ask too much of them and don’t understand how to look after them.   I recall some boater saying to me “I never let them get below 11 volts.”   And he wondered why he was having to run his engine for hours and hours a day.  At 11 volts a battery is knackered.

This is not an ad for Numax in particular.  Other people make batteries of the same type.  I believe they are sealed Silver Calcium batteries which is something to do with why they don’t boil off the electrolyte at normal charging voltages.