Well you can’t please all of the people all of the time!  Amy says she likes the Buckby flight – there’s no accounting for taste is there?

I like all  three flights I nominated in the pervious post. In fact I’d go so far as to say I look forward to working through them.  The Watford flight goes like a dream once you are in it, but a couple of times this year we’ve had to wait up to two hours to get to the front of the queue, so this year it gets no prizes.  That leaves us with Marsworth and Hillmorton.  Apparently Hillmorton locks are the busiest in the country, but we’ve never been held up for long there, I suppose because they are in parallel pairs.  The paddle gear is unusual and light to operate and the approaches in either direction are easy for the steerer.  Marsworth locks are of course twice as big and hence heavier but not at all bad for locks of their type.  I don’t recall having been seriously held up there.  What I like about them is the setting as it wriggles up the hill with wide sweeping bends, nice grassy banks on the offside and pretty houses near the top.  No wonder lots of people use them for a pleasant stroll or sit by them for a picnic. 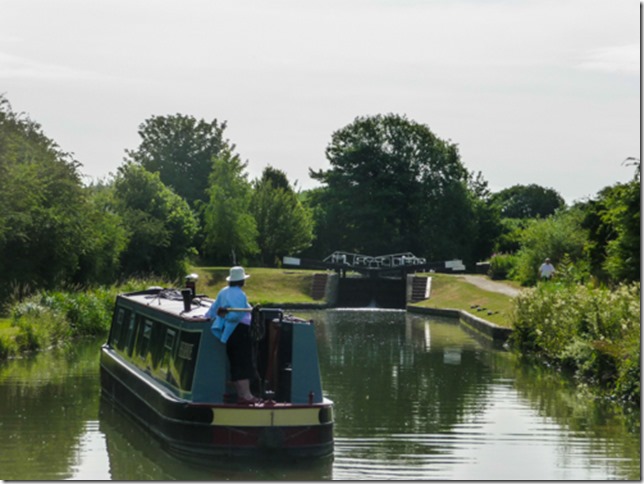 Now for some boats. Some much worse than others.

I have driven four boats this year.  Herbie of course, plus three CRT boats which I have skippered in my capacity as one of the volunteer boat movers for CRT London Region.   First the cute little narrrowboat Griffin.  He she is as we did the annual engineers inspection of the Slough Arm. 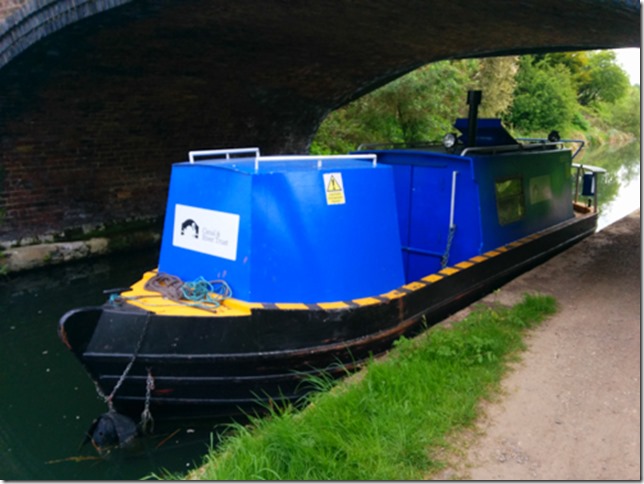 Griffin ( or The Griffin and CRT seem to call her), is about as near as a normal cruiser narrowboat as CRT has in their fleet.  Downstairs inside, it gets a tad different. 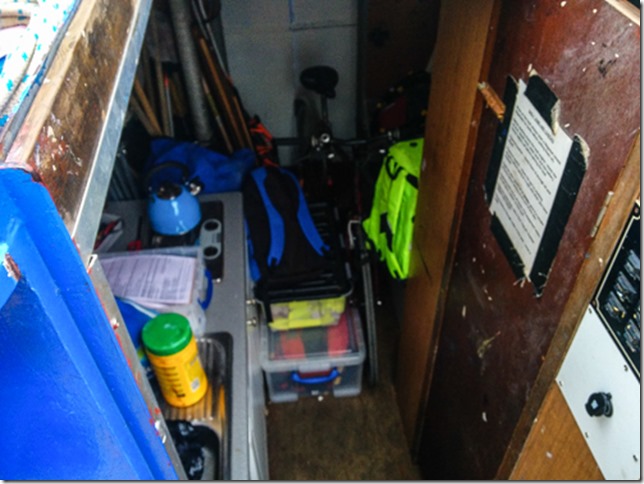 Not much room for entertaining!

I had to do a loop the loop in each winding hole on the arm and push her deep into the bankside vegetation to get at culverts and the like, but she managed fine.

The next boat I drove was at the other end of the scale, at least in scale.

It was the newly repainted Jena, no used by CRT as an “events” boat. 60 odd feet long and about 12ft wide. 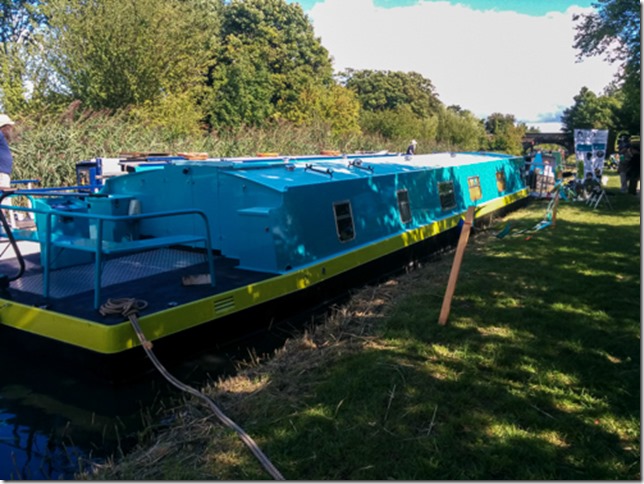 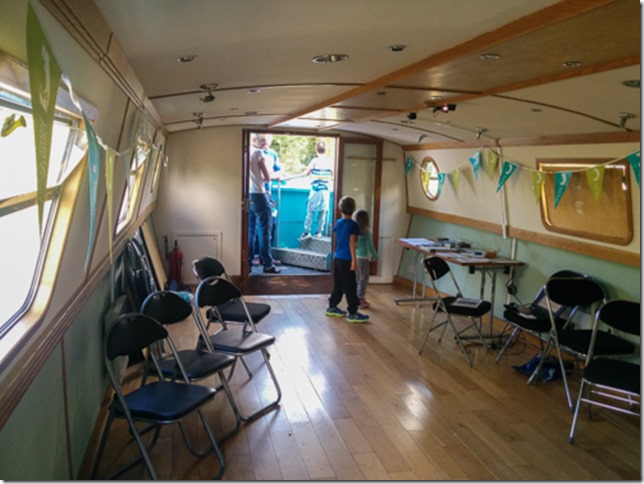 I had never driven a wide beam before and having one fresh out of the paint shop so that every scratch I might make would show up I was a bit apprehensive, especially as we had to take her down the Slough Arm.  Jena was built by Liverpool boats and actually she handles quite well for her size.  You just have to be careful to stay over to the towpath side going through bridge holes.  It looks like I might have to drive her a few times next year, so I had better not be too rude about her.

Then the piece de resistance.  CRT boat Enfield.  What a wreck!! 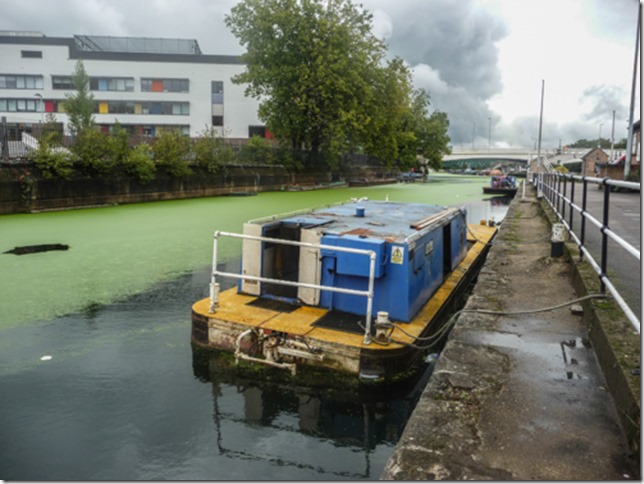 The floor was awash with water, the hull was clogged with pennywort, nothing electrical worked (particularly the bilge pump) and the poor old thing had trouble making one mile per hour.  She had lain unused for ages and we were supposed to take her from Bow all the way to Uxbridge so that she could be repaired and refurbed. It was fun but very very hard work. In hindsight CRT were very over optimistic in thinking she could survive the journey, and sure enough she didn’t.  A hydraulic drive pipe burst at St Pancras and that was the last straw.  We gave up.  After that they sent out a tug and towed her.

So by now I suppose you can guess which was the worst. So I wont make you wait until tomorrow.

The Herbie Award for

Worst Boat I have Driven this Year (or ever if it comes to that!)

Best Boat I have Driven this Year.

Well of course there is no contest. It has to be 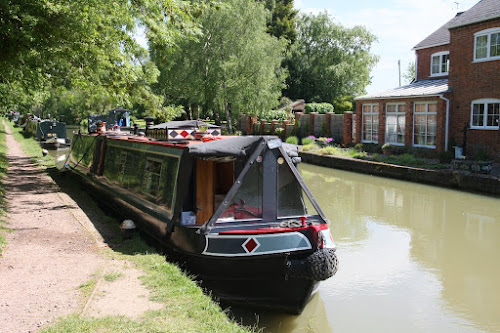 Adam prompts me to move on to the Boat Equipment category, so tomorrow we’ll have a couple of interesting contenders at enormously different price ranges.  It’s a belter!

Great post, Neil. I remember you blogging about CRT boat Enfield. As for locks, I know Hillmorton as I've stayed on a boat near there. They are lovely locks!

Marswworth - a worthy winner - it's on my list of all-time favourite lock flights :-)