My broadband router glows white hot with the exchange of emails on the design of the proposed new cratch table. Some of the finest engineering brains in the land have been excercised to their limit. Midnight oil has burned in Bracknell (me), Long Buckby (Rick) and Rickmansworth (David). A design has emerged, so simple and elegant it makes you want to weep.

The breakthroughs came when Rick realised that the leg doesn't need to telescope up if it is folded away outside the folded table and when David identified hinges which allow the side extension flaps to fold flat on top of the table. Confused? OK let's do the pictures.
Here is the erected table (red) with hinged flap extensions (green) hinged at H, and the leg (blue) . This view is from the free end of the table. It (the red bit) is hinged to the wall at the opposite end 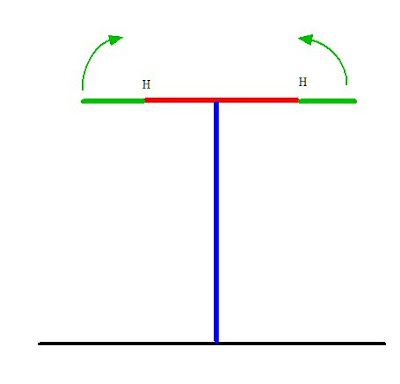 To stow the table, first the flaps fold up and over to lie flat on the table using a clever hinge identified by David who spotted one on a sewing machine table. These hinges lie flush with the table top. 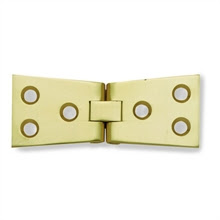 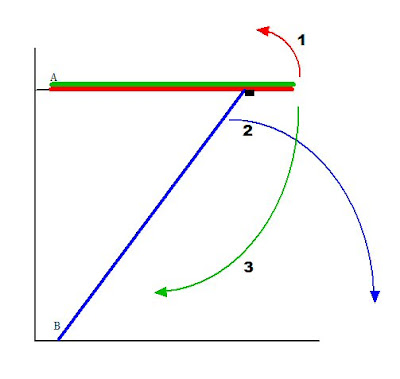 The table top, hinged at A is lifted slightly (1) to allow the leg, hinged at B to temporarily drop to the floor (2) so the table can drop against the wall (3).
Finally (see below) the leg is raised again to be held in a bar counter catch 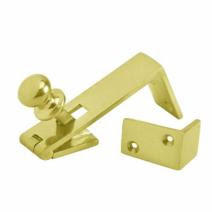 at the top and holding the folded table top nicely in place. 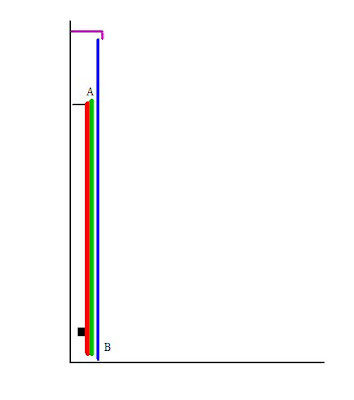 Neat or what?!
Well that's the theory anyway, but we all know the devil is in the detail. Finding the right hinges and the bar counter catch has been important, and I still have to decide how to neatly hinge the leg to the steel floor. And then there is the small matter of woodwork skills and accurate geometry :-)
Thanks also to Brian, and an anonymous commenter who both send in neat ideas which sadly now lie with many of my own and Kath's on the cutting room floor. Much appreciated regardless.
Watch this space as I attempt to turn the dream into a reality.
Posted by Neil Corbett at 1:24 pm

Neat? That's neater than a generous glass of Islay malt whisky with no water - or ice (ugh) - in sight.

As you say, though, the proof of the pudding will be in the eating (or should that be drinking?)

Watch out that the leaves don't droop. I didn't notice anything to hold them up once they're unfolded from the top. Sure the hinge will keep them from folding backwards neatly, but will it really hold the force of a couple pints out at the far edge of the folding board?

You can't put a permanent cross beam out near where the support attaches to hold them from below, because that beam would be too wide to let the table fold down. You could put a beam in closer to the wall, and make the hinged portion long enough that it reaches up to where this crosspiece is, rather than just stopping where the seats stop. Heck, you could hinge the whole length and simplify the woodwork.

Thanks Snowbiker. I had negelcted to explain that we have now reverted to a full length flap each side. When opened out it will rest on the ledge at the wall end, but I am pondering how to support it at the free end. Maybe a swivelling bar at the top of the leg.