As promised some proper camera photos of our Long Itchington trip rather than the ipad ones I have substituted of late.

Long Itch is not a very big village.  Most of it lies a few minutes walk north of the canal.  Local secret no 1. -  if you walk under the canal bridge past the Two Boats pub and round the back of a little brick hut, you come to a metal kissing gate.  Pass through that and follow the path across the fields through more kissing gates, and you will come to the centre of the old part of the village.  Much nicer than walking up the road.

This part of the village has some fine old buildings, a village green with a largish pond, and four of the six, yes six, village pubs, the other two being down by the Grand Union canal near the foot of Stockton locks.  Its a good place to make an overnight stop between Hatton /Warwick and Wigrams turn.  Apart from the six pubs there is a small co-op store near the church and a tiny convenience store hidden in the housing estate near the canal.

Should you have lots of money and want to buy a canal boat, then Colecraft on the road into the village will make you one.  But not I fear while you wait. 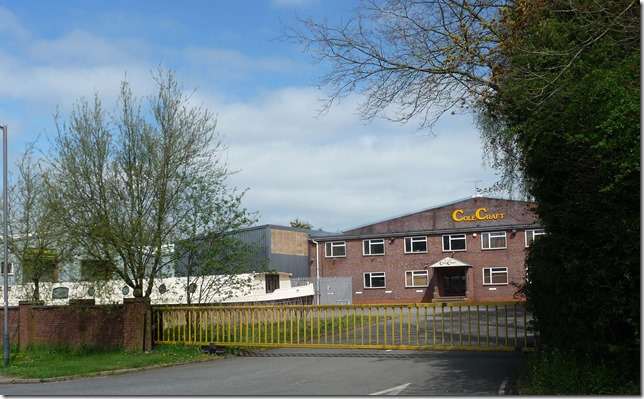 For the past six years the village has put on a beer festival during which all six pubs co-operate to put on a range of ales and ciders, each pub having a different selection.  Normal food menus are suspended and you have to make do with barbecues selling burgers (beef and water buffalo), sausages, and chicken etc.  I imagine this is not a good festival for vegetarians.  Several of the pubs have live music outside at different times.  It seems quite acceptable to buy a drink in one pub, take your full glass out and wander along to drink it in another!  Apparently after the festival, the publicans all meet up and have a glass sort out.

The fine weather this year brought a lot of people in and lots of people were sitting on the green or on the grass verges near the pubs.

The festival seemed to be a relaxed family affair.  I didn’t notice any hard drinking going on, and it was interesting to see a lot of young (20s) people studying the tasting notes and sampling this or that ale.  I don’t think a great deal of lager was sold.

If you couldn’t face all that walking between pubs, then the horse drawn caravan would take you for a quid.  The rather wonderful steam tractor (note the rubber tyres) that showed up was i think just there to enjoy the occasion. 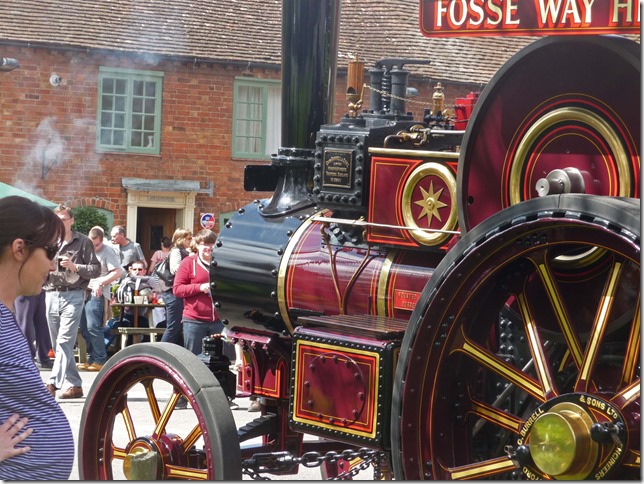 Just look at that paintwork. 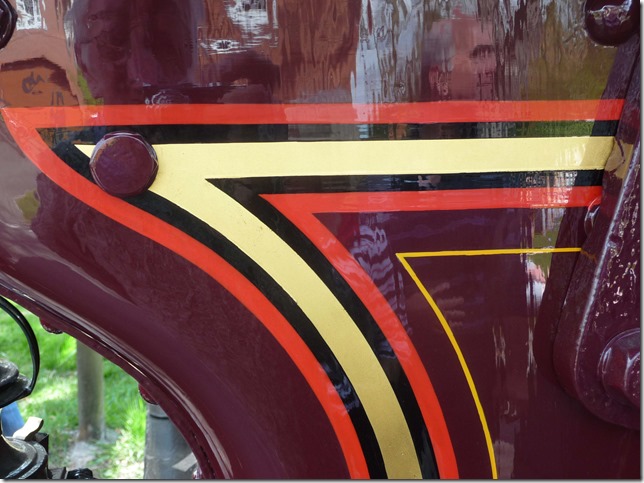 Which is the best pub?  I don’t really know.  In the village centre, the Bell and Buck near the green was nice and I suspect might be the main eatery in normal times.  The Harvester and the Green Man just down the road were cosy. I suspect the serious ale tasters normally went to the Harvester.  We were unimpressed by the large Duck on the Pond, a Charles Wells tied house.

Down by the canal you have the Two Boats another Wells House. 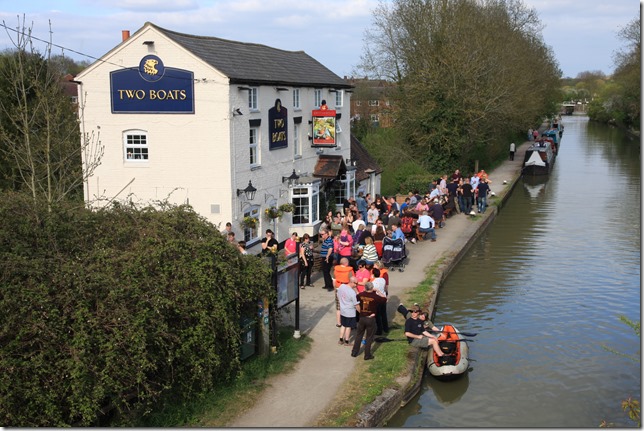 They are currently advertising for a tenant.  If you have £30,000 up front to spare and reckon you can achieve a turnover of nearly £1000 a day(!!!) selling only the drinks they supply and doing your own food thing the they would be interested to hear from you.  No wonder so many pub co houses are closing.

Across the canal is the much larger Cuttle Inn which looked as though it might be good although it was packed out in the evenings because they had live bands performing, so we couldn’t see what it was normally like.  The Cuttle has a large garden sweeping down to the canal.  Here we see the Two Boats from the Cuttle garden 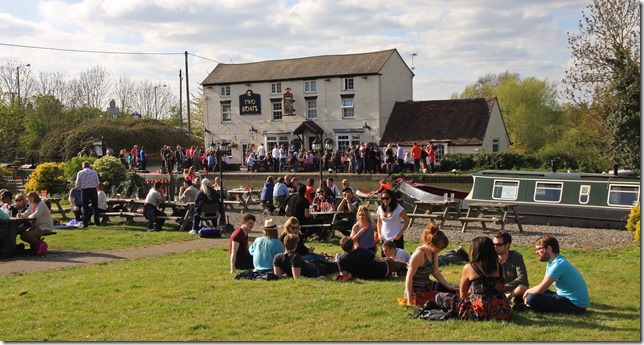 Given good weather next year, I can recommend it as a good event to visit by boat.  There is plenty of mooring space. I don’t think you have to like beer to enjoy the atmosphere, but it does help if you like burgers!