Two for the price of one–Awards continue

After my rant yesterday re Paddington moorings, I have decided not to sully this blog further with such depressing matters, BUT I have created a separate new blog called HerbiePlus (Herbie2 had already gone) in which I detail my concerns about London Visitor moorings together with some facts and figures and a plea for help with info. If this matter concerns you, then please take a look by following this link: Herbie Plus - the London Mooring Saga.  Thanks

Now on with the show.

What a great collection of nominees we had for Best Mooring in the Sticks 2013.  We loved ‘em all. So I consulted SWMBO and we reckoned that we ought to give it to the place that overwhelmed us with peace and tranquillity while we just stared at a lovely bit of river.  So remote was it that I’m not sure now where we were, but looking now at the Google satellite pics I think I have found it.  So our declared winner is 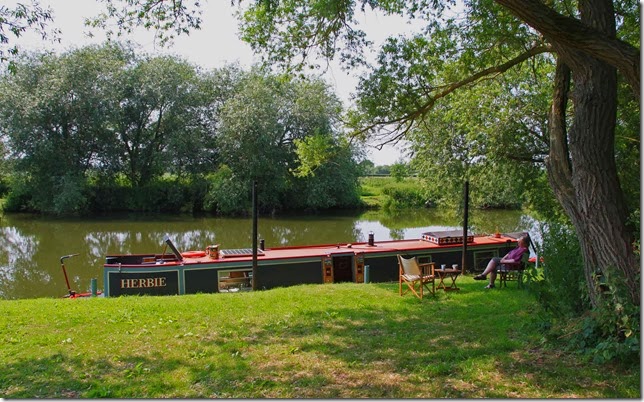 Those regular readers with a good memory will recall that I “sowed” a lot of olive pips at this spot, so in years to come it may become better known as the Olive Grove.

While we’re on the subject of good overnight stopping places I feel I should give a mention to another good one which didn’t really qualify as being in the sticks.  Its the little clearing next to the canal in the Lapworth link, the short cut between the Grand Union and the Stratford canal.  It’s got a nice big grassy area and some picnic tables 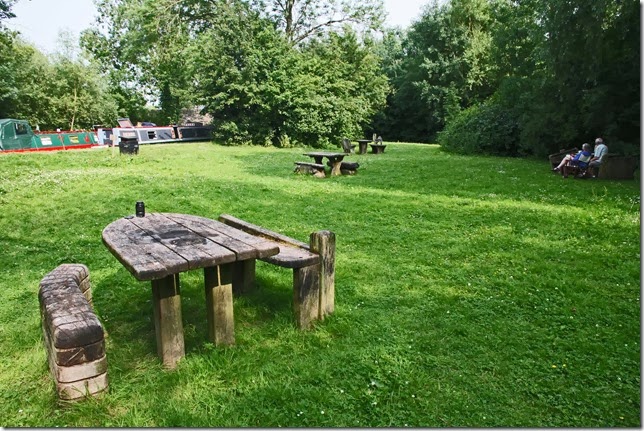 Ooh look, someone’s left a camera lens on that table. Oh, it’s all right, it’s only me. 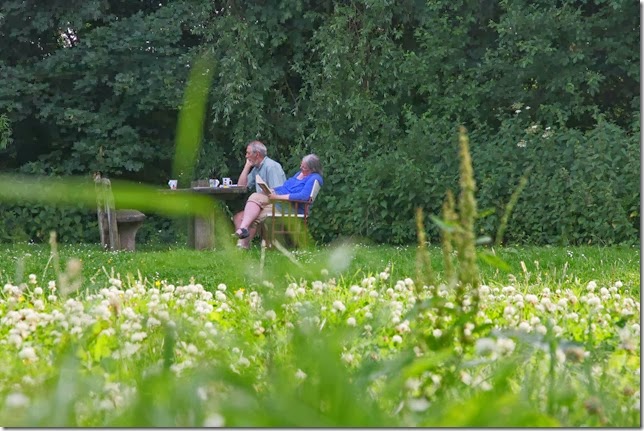 Kath reads her book while Rick ponders the meaning of life.  It’s that sort of place

and it’s not too far to walk to the Boot pub, which rather nicely brings us on to one of the Herbie Awards premier categories. Best  Pub to eat at.  We use pubs for eating and drinking, but the two don’t always coincide, hence we split the pub category.

I need something to cheer me up and thinking about some of the lovely pub grub we had this year should do the trick nicely.  I’ll have a quiet reminisce and come up with a shortlist tomorrow.

Yes, brilliant mooring that, glad you chose it, it was my favourite too from the ones you put up.