This is the BIG ONE.

I am assuming you are now all seated at your round tables, a glass of Bolly in your bejewelled hands and ready for THE glittering event of the year –

the fabulous HERBIE AWARDS for 2014.

All your favourite categories will be here, Best Moorings, Best Pubs, Worst day’s cruising etc plus of course at the climax of the event, the announcement of the Winner of the coveted Herbie Special Award for 2014.

(Just a quick reminder that all these awards go to people, places and things that the Herbie crew have directly interacted with over the year.)

Well if you’re all ready, let’s get straight on for our first category.   MOST ENJOYABLE CANAL EVENT 2014

This year we attended four such events.  here they are in chronological order 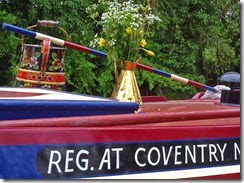 We should have felt like interlopers, not being historic boat owners ourselves (that is to say we might be historic, but our boat isn’t), but we were made very welcome, partly because we were invited by Sarah and Jim on Nb Chertsey and partly I suppose because we provided a musical backdrop to some of the weekend with a bit of busking and a spot in the Saturday night entertainment.  Not too many of the great British public came to view the boats because we were tucked along the Harborough Arm away from the locks, but it was primarily a gathering rather than a show. One of the highlights was the boat jumble auction which was a jolly jokey affair with people buying some useless items to give to others who didn’t want them either.  The beer was good.

The usual multitude of traders gave people ample chance to spend their dosh and despite some heavy rain the organisers kept us mostly dry.  The bands in the music tent were by and large excellent and there were lots of shiny new boats too.  Adrian and Adam gave Grace rides on the funfair and turned green in the process.  Crick is a good show to buy boaty things at a discount and although I can’t remember what we bought, I expect we did.  The beer was good.

Famous for its chaotic parade of smartened up old boats and good times in the beer tent, this year’s do was notable for the awful rain on the Saturday. Our coats dried out by September. Kath and I were supposed to play merry tunes on board Chertsey during the parade, but as we didn’t fancy our instruments getting as wet as we ourselves did, we hid them in the dry below deck.  Sunday was much better and we did play while Sarah steered a near miraculous course through the crush of boats. 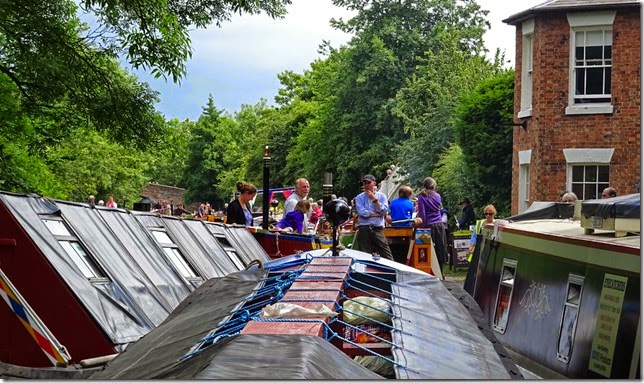 I say near miraculous because she did manage to demolish a “don’t hit this jetty” sign. 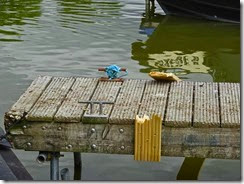 I’m considering giving that an award all of its own!

As well as all the boating we managed to see performances by both Mikron Theatre and Daystar too with Mikron I think winning that particular duel this year.

The beer was good. 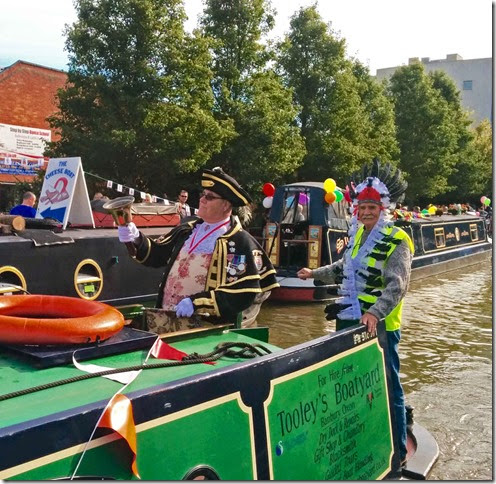 As usual people turned out in their thousands, not so much I think to see the boats as to shop at the canal side food and craft markets or to use the kids’ attractions in Spiceball park. Nevertheless it was a good do, and the boaters entertainment evening in Tooley’s dry dock was especially good.  Banbury canal day is also good for boaters to get together and we had a number of visits from boaty friends.  We’ll certainly consider a repeat visit even though the event is a bit lacking in the good beer department.  We did however buy some really superb French cheese.

Well, there you are, that’s our shortlist.  Were you at any? If so, which gets your vote?  Decision tomorrow, then we’ll move on to Best Canalside Pub for an Evening Meal.  Yum.

Was the beer bad at Banbury then? Seems it didn't get a mention! What is your fave pub there Neil? I always visit The Olde Rein Deer for some Hooky.