At last we're out!

Herbie rides again. Yesterday morning we slipped our moorings and set off on our first Herbie outing since November. Rotten weather and family stuff has enforced this disgraceful lack of boating and after Sunday's storms we wondered if we would be OK but the weather has been remarkably kind. Poor old Herbie is probably very glad to see us after all this time. Boats don't like being left alone.

We needed to do one or two jobs to get her going properly. Not the engine, which started first time, but most notably the loo fan which refused to spin when we switched it on. The volts were there, so I figured the fan and seized after being left in the cold and damp so long. I was beginning to think this was a non trivial problem, I really didn't fancy having to dismantle the fan housing after all the trouble we had in sealing it when we first got it. Eventually a squirt of WD40 into the exhaust did the trick and it fine now.

The next near disaster was when I nearly flooded the boat. I remembered to refit the shower mixer which we had removed in case of heavy frost, but I omitted to close its tap, so when I switched the water back on the shower came on at full bore. I didn't revisit the bathroom to check and by the time I realised that it was on about ten gallons of warm water was lying in the bath. A good job we don't have a shallow shower tray or it would have gone all over the floor.

The final issue is one I can't work out. The top of the coal stove is splattered with rust. Looking at the ceiling above there is no sign at all of leakage or damp. Maybe the cold metal of the stove itself creates condensation. It's a very very thin coat of rust, like a thin layer of dust, and most of it washed off, but why is is there. Now the stove is hot and I can't get at it to finish off the job and re black it so it looks a bit scruffy until I do.

It's very good to get back out. The dear old Slough arm is remarkable cruise le at the moment, although I notice the floating penny wort is already starting to encroach. This trip is a bit of business mixed with pleasure. Because we are on my ranger patch I'm monitoring the towpath as we go, sending in a report on a fallen tree on the Slough arm yesterday, and when we get to Uxbridge tomorrow I'm going to do a cyclist count and perhaps dish out a few Share the Space maplets. 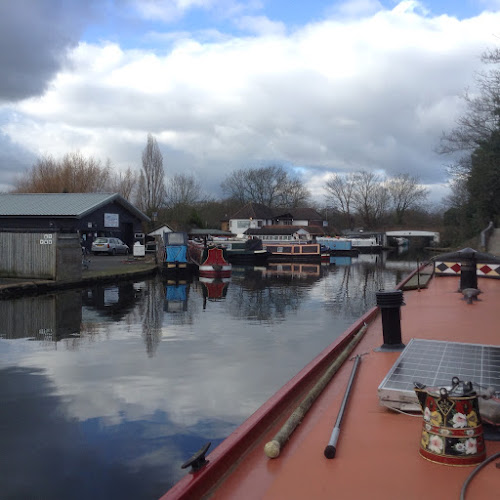 Right now we're moored up opposite Packet Boat Marina. Up by the bridge is Elsdale II, the boat CRT uses to run day trips for school kids. 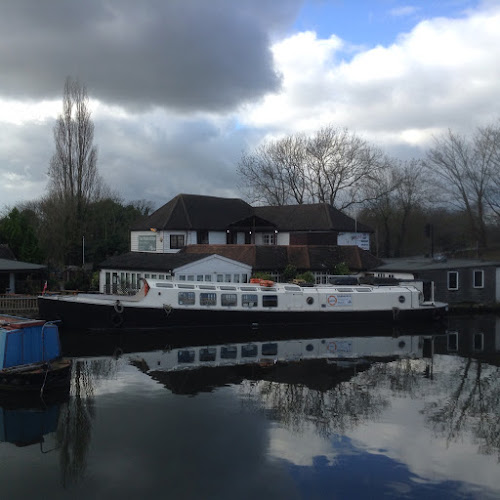 It's about as big a boat as the canal can take hereabouts. What is interesting about it is that since finding that GU website I told you about, I now know that the original Elsdale was the boat used at Bulls Bridge in the old days to give the children of working boatmen an education, so the name of the new boat is very appropriate.

Posted with Blogsy
Posted by Neil Corbett at 2:48 pm

Just lovely to be out on the water again, Neil. I like the fact there is still a boat to give children boat trips and familiarise themselves with the waterways. Lovely photos!

Enjoy Packet Boat. We are coming back up tomorrow hoping to go straight into London where we have a week booked at Rembrandt Gardens.