The art of Jam or Tam

I'll log another couple of hours ranger duties today, having counted passers by at going to work time and then walked down the canal above Uxbridge inspecting various items of random vandalism - a supermarket trolley dumped on the bank by whoever hoiked it out of the canal, and a trail of graffiti in silver paint. The latter is proudly signed by the miscreant but his handwriting is so bad I can't decipher it. It looks like TAM or JAM. The most annoying thing is his obliteration of notice boards. Perhaps he or she is envious of people who can read and write. 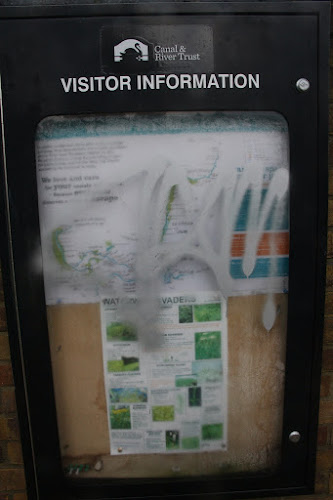 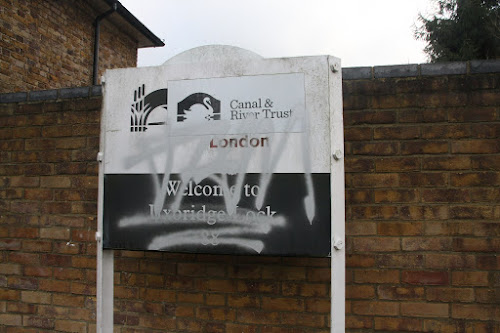 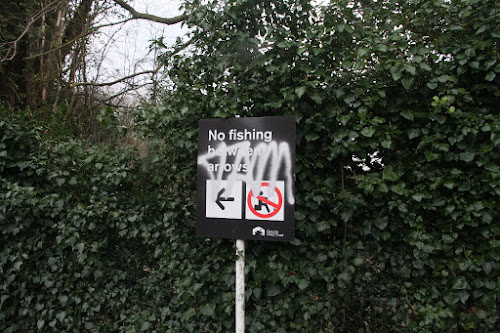 If you need cheering up at this point, I will allow you to spend five minutes imagining what you would like to do to Tam or Jam if we caught him or her. ( Let's face it, it is statistically likely to be a him.)

Next Tuesday I have my next CRT boat moving job which is to take a work boat from Adelaide dock up to a bridge on the Paddington arm in support of a towpath task force clear up day. Apparently one of the things on board will be a graffiti cleaning machine, so I will be interested to see how it works.

If CRT could equip and train us towpath rangers to erase graffiti by hand , it would be one of the most useful things we could do on our patrols in urban areas. I dare say it involves some nasty chemicals which would no doubt have health and safety implications and require going on a training course.

Posted with Blogsy
Posted by Neil Corbett at 7:12 pm

I'm afraid to say I would have zero sympathy for people who got caught defacing notices that have to do with public safety, regulations and welfare. I loathe this kind of mindless graffiti with a passion. It's all too common over here too, and I cannot bring myself to think of it as an art form even when it isn't inconveniencing anyone, but when it obscures information that is important for people to know, well...enough said. As for cleaning it off, it probably does involve some pretty nasty stuff.