I can hardly believe I'm writing this, but on our hols we spent a fascinating couple of days in Dudley!
Our main objective was the Black Country Living Museum which is rather like the more famous Blist Hill museum at Ironbridge, but in our view a lot better. First it has a proper canal basin 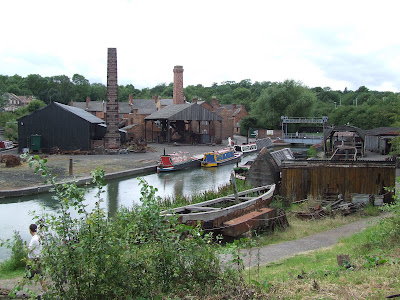 with a selection of old boats including the famous president steam narrowboat. Then the central exhibit, a couple of typical Black Country victorian streets, complete with charactor actors with thick local accents having hilarious arguments in the street. The shops were superbly kitted out. I really liked the old ironmongers shop full of tin baths, oil lamps, old tools and the like. 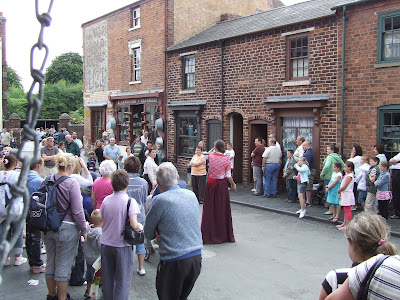 The houses and shops have been moved there brick by brick and reconstructed exactly as they were.
We took the guided tour of the coal mine. A good job they gave out helmets as I banged my head every ten yards. Then there were factories and workshops, a cinema showing silent films, all powered by old gas engines, a school where you could join the class and be harangued by a strict schoolma'am and loads more. By signing a gift aid form when you go in, you get free entrance for subsequent visits within a year. A bargain.

Right next to the museum is the Dudley Canal Trust which does boat trips into the amazing Dudley tunnel complex. 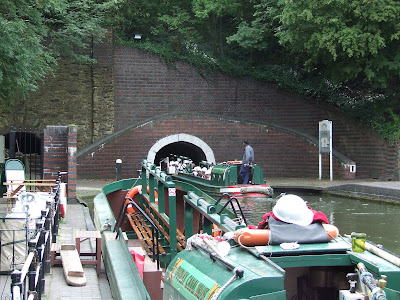 The tunnels were originally dug for the purpose of extracting limestone, leaving huge caverns underground, some of which how now lost their roofs making erie ivy hung pits into which the boat cruises. I don't think there is anythong like it on the rest of the canal system. 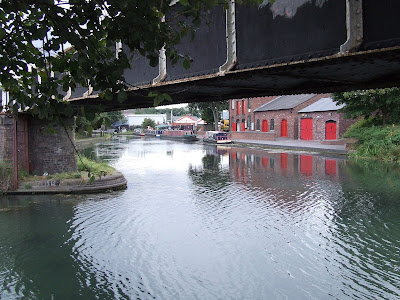 and a nice flight of locks. We particularly liked the little cantilevered footbridge at the tail of the lock. 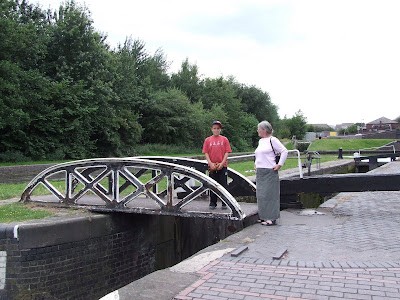 Further down we came upon the derelict Beans Foundry which until fairly recently cast engine blocks for the car industry. 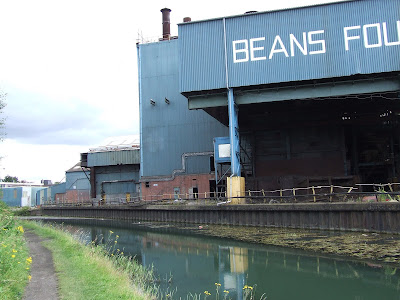 Now it is derelcit and according to an old chap we met is regularly ransacked by local youths strippiong out the copper wire etc.

Then we needed to eat and drink, and where better than the famous Mad O'Rourkes Pie Factory. 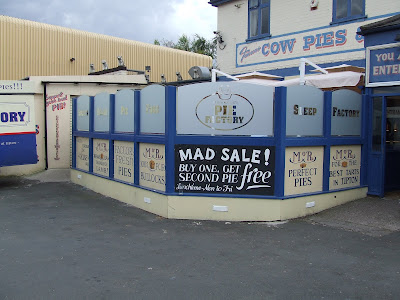 Actually it's a bizzare pub serving huge meals including a Desperate Dan Cow Pie complete with horns and weighing 4 lbs. I thought that was a bit much so I ordered spare ribs, which I think might have weighed the same! 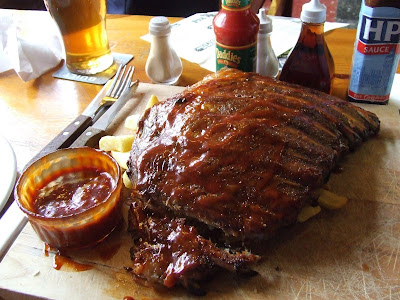 Someone up the other end ordered a mixed grill which came to the table on a shovel (really!). Here is their gravy machine. Give Dudley a try, I recommend it.