We've been lucky with the birds lately. As soon as we started off on the trip we were joined by Langley's resident common tern, who was using the disturbance of the boat in the water to see the fish scattering. He gets so close you could almost touch him. This time I managed to get a reasonable shot of him. 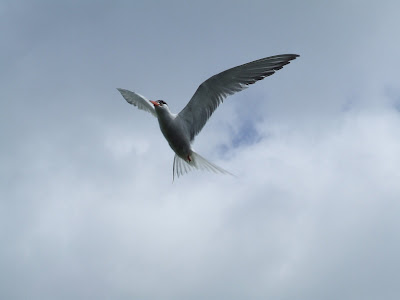 That night we moored at Black Jacks lock where there are peacocks. One part flew, part clambered onto the thatched roof of the cottage and right onto the chimney top. Here he is. 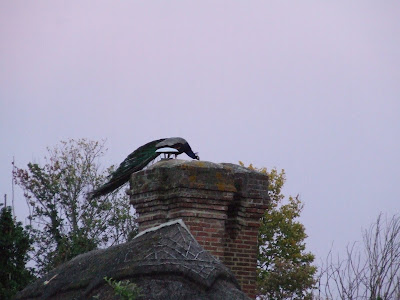 After being on the water so much, I have now reversed my previous dislike of geese, particularly greylags. I used to think they were aggressive, but they don't seem to be now, and they're such smart birds. 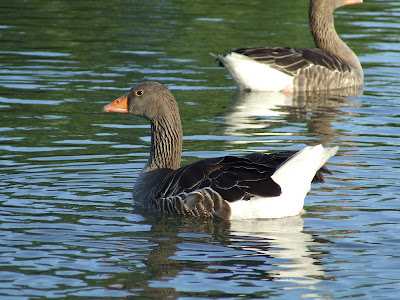 At Marsworth Kath had the goslings literally eating out of her hand . 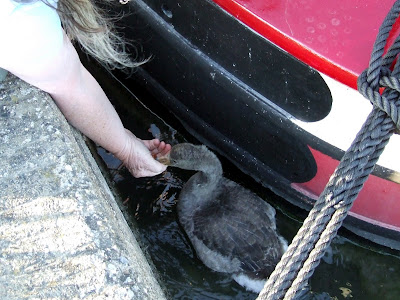 We love mooring here, right below the bank of Startops reservoir, and very handy for the Anglers Retreat! 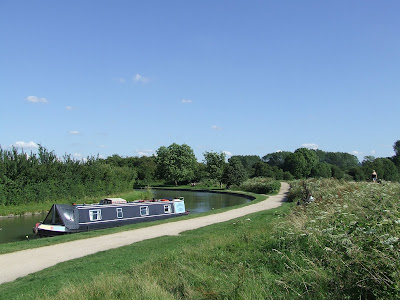 The ducks there were doing a strange skimming movement. Zooming across the water with their bills just scooping the surface. I'm not sure whether they are drinking, or catching some microscopic surface food, or what. 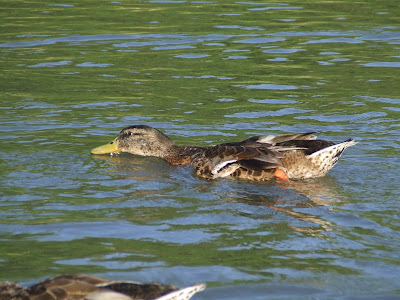 Talking of ducks, near Harefield the canal was covered with duckweed which the swans didn't seem keen to swim through. Herbie left a psychedelic wake as we passed. You can just make out the swans beyond the weed. 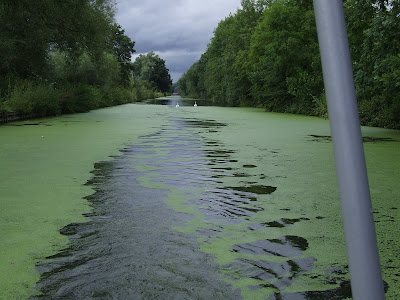 Lastly, how about these cormorants perched on a mobile phone mast down towards Hanwell 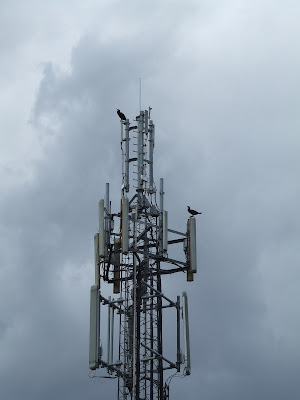 More highlights later.
Posted by Neil Corbett at 11:20 am