Quiz answers and a winner

Well it comes to something when people’s answers to my quiz are even more accurate than the one I had in mind. See question 4 below.  Very well done Sam and Terry who knew a bit more than I did about the waters around the Isle of Wight

So, to the answers. I’ll recap with a smaller picture of each.

1. Where is Kath having a cuppa and what might she be reading? 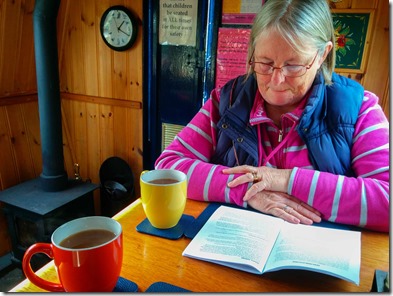 She is on board the Gongoozlers Rest cafe boat at Braunston and reading the Braunston Village News which is always found on the tables there.

2. I suppose someone might have been fooled by this, thinking that the water you see is the canal, but that’s the river Colne which flows under the canal on the left of the picture.  It’s Fran’s Tea Garden at Denham Lock.  Near miss Terry who said Fern’s, but I’ll give him that. 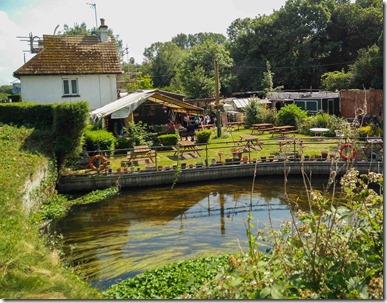 3. Well you can see it’s called the Narrow Boat cafe and its adjacent to the Lea Navigation at Waltham Abbey 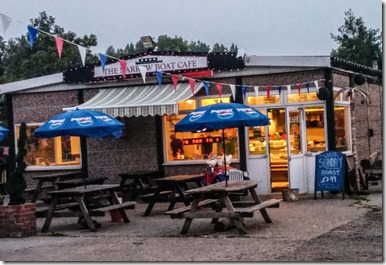 4.  Here we have Grace aboard the cat ferry from Portsmouth to the Isle of Wight.  You can just make out the iconic Spinnaker Tower in the background. 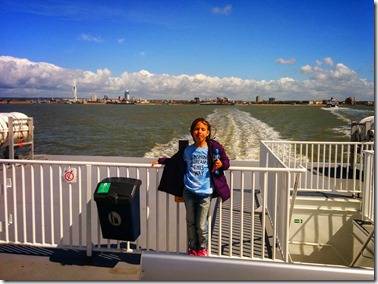 The reason I asked for the answer to be more specific is that a lot of people assume the whole channel between the IoW and the mainland to be the Solent, but it isn’t, the Solent being the Westerly or Southampton end and the eastern end being Spithead which was the answer I was looking for.  However Sam and Terry were a lot more specific (and knowledgeable) and talked about the Swashway and Spit Sand.  I’m sure they are right, but if you just said Spithead, you get the point. 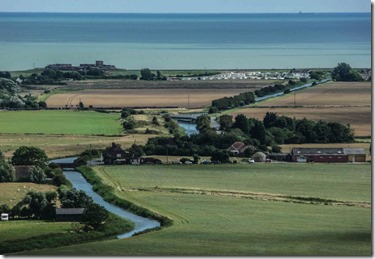 Once again I have to defer to the superior knowledge of Terry.  I took this photo from the heights of the Port Lympne zoo in Kent.  The answer i had was the Royal Military Canal, but Terry is right to point out that the bit in the distance is a drain connected to the canal.  I’m not sure if the foreground is the canal or the drain.  It does have the zig zag line that the main canal has.  Anyway if you thought Royal Military Canal that’s good enough for me.

6.  Anyone who has boated along the Paddington Arm from Bull’s Bridge ought to recognise this one. It is indeed the Southall (Uxbridge rd) visitor mooring which virtually no-one uses because of the preponderance of swan poo everywhere. 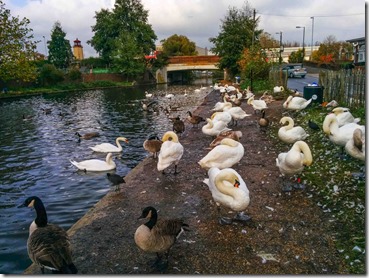 7. And finally the little arm inside Braunston marina. 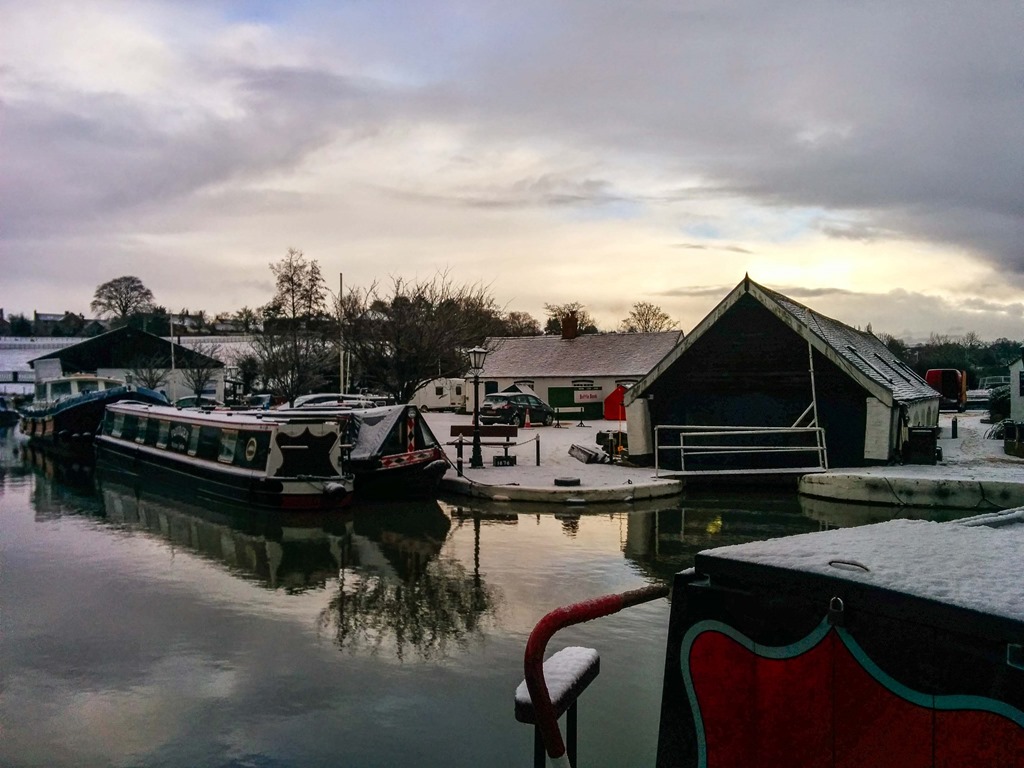 I have to confess that although it was me who took the photo, I had a job recognising it at first. maybe the snow or perhaps the wide camera angle put me off.

So it all goes to show that no matter how tough you think a quiz is, there’s always someone out there who can solve it.  Huge congrats to Terry of Nb  Midnight Owl, not only for getting it all correct, but even more correct than me.

Talking of quizzes, I was in one last night at the annual Christmas bash for the London CRT volunteers.  The picture round was fiendishly hard, showing pictures of  London region locks in the half light, some of them taken seventy years ago.  I didn’t even recognise a picture of Cowley lock until someone else figured it out.  Still I did know that narrow boats in London were at one time called Monkey Boats (they still are by some folk I think) and a few more bits like that. Between us, our table of eight (Rangers in the Night) had a strong knowledge and we won the quiz by a comfortable margin.  Hooray.  First quiz I have won in a long time.

CRT senior staff made their usual earnest thanks to all the volunteers without which etc etc.  London Waterway manager John Guest and Sam Thomas, who’s job title I forget, were eager to point out that without the work of volunteers, a lot of important stuff just wouldn’t get done.  A few “Oscars” were handed out to star volunteers,  a trawler full of fish and chips were consumed and a vast number of empty beer bottles adorned the tables by the end.  I’m not sure how many registered volunteers CRT has in London, but there were around a hundred at the do last night. I’ll leave you to guess what the average age might have been, but it sure wasn’t anything south of 50.

It’s getting close to the time for the Herbie Special Award.  Stay tuned.

It's funny how even though I don't know any of the answers to your questions...ever...I still enjoy these! And so we come to almost the end of the Herbie Awards, so maybe I should wish you and Kath a very merry Christmas now with all your loved ones! Have a great one, Neil and I'll look forward to more of the same next year!