Doing things proper -or overdoing it? 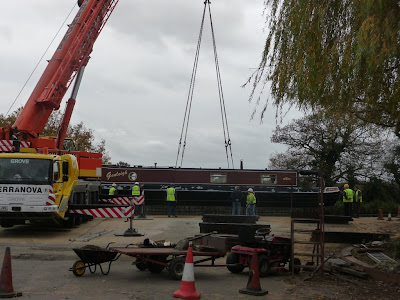 At our boatyard they're sticklers for rules. We get reminders about licences, insurance, boat safety checks etc. and we have to give them copies of the relevant documents. Any tradesman allowed on site has to complete a written risk assessment. And so it goes on.
Craning is no different. They hire a crane once a month (apparently costing £1500 for the day) and then its hard hats and yellow jackets all round. 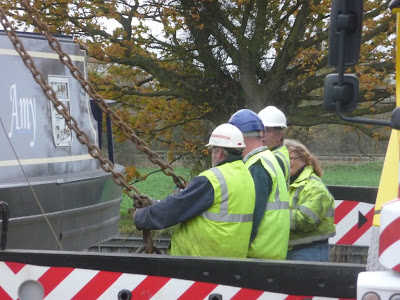 When Amy was craned into the canal last Monday there were eight (yes eight) people involved. The crane driver, someone to give signals to the crane driver, people holding slings, and people holding ropes. It's all about Health and Safety rules, or Elfin Safety as we have taken to calling it.
Its not surprising they have to charge about £300 to each boat for being lifted. 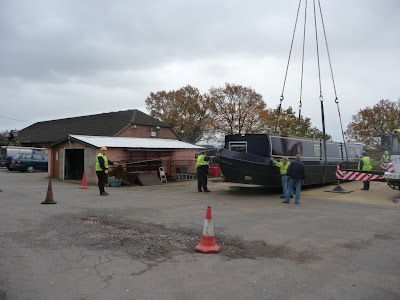 Interestingly the crane not only carried the boat's weight but also its own. As you can see here it lifted itself in the air too. 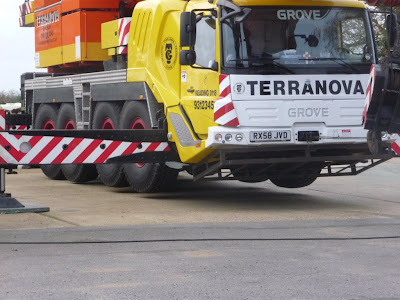 Contrast that with the little boatyard at Earith where our son Richard had his boat pulled out. They had a crane driver and ... er, well, nobody else really except the crane drivers dad who watched from a safe distance. 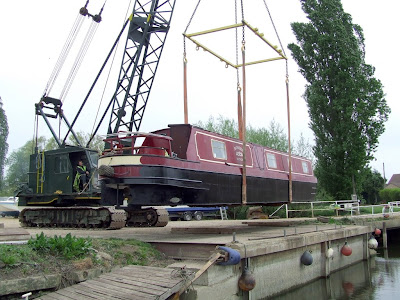 Richard gave a hand as you can see here. 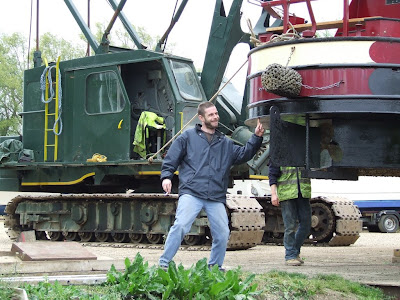 Not much Elfin safety here.
Posted by Neil Corbett at 7:57 pm

I so enjoyed this post Neil. I never realised that craning was the standard means of getting boats in and out of the water there. Here, it's a major event if a boat is craned out on to the yard. It involves huge numbers of people, most of whom are simply there to watch and hurl useless suggestions at the real workers of whom there are about 10 (not a yellow jacket or hard hat in sight though). Then there are lots of drinks all round afterwards to celebrate the day's major ecitement!

PS I like the Earith way though. Elfin safety is a good name for what you call your yard's methods.