2012 Herbie Awards - here we go with a weird introduction..

I’ll never be a rich TV producer.  “Oh why ever not?” I hear you ask in surprise.  Because, dear reader, if someone came into my office proposing to make a cartoon series about a sponge wearing a tie and square lederhosen living in a pineapple under the sea, I would have told them they were barking mad and sent them packing.  Now Squarebob Spongepants, or Spongebob Squarepants  or whatever his name is has become a multimillion dollar franchise.

Out of the kindness of my heart I bought a Spongebob /Squarebob/whatever chocolate advent calendar for about a pound from Aldi (only the best for my grand daughter) for Grace and secreted it in our conservatory waiting for December 1st. So yesterday I told her I had a nice surprise for her and went out to retrieve the said gift only to find that it might have been secreted from Grace, but not from a mouse.  The little blighter had eaten all the chocolates.  Now I have to go out and buy a new advent calendar  to keep Grace happy and a humane mousetrap to catch the rodent and release him somewhere well away from future chocolate stashes.

Which brings me to the subject of useful gadgets, of which the mousetrap is a famous example.

So welcome to the Nominations for the first of the 2012 Herbie Awards – Best Gadget on a Boat 2012.

What gubbins has made a difference to our boating pleasure this year?

I can think of four things this year.

1. My home made water tank gauge 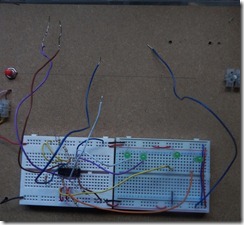 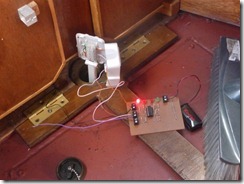 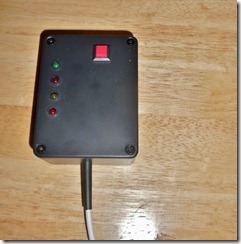 and this at the other

It works well , but is not permanently installed yet pending a better arrangement for fixing the dipstick into the tank.  So it’s a useful gadget, but not yet.  I include it to show that my 2012 new years resolution to learn a bit about electronics was not entirely wasted.

In my usual extravagant fashion I acquired mine from Poundland. 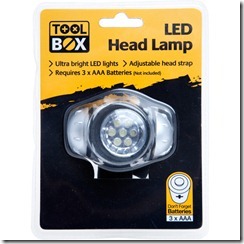 It has already proved extraordinarily useful, for digging about in Herbie’s  the coal locker in the cratch at night, for finding the light switch inside the boat when we return from the pub in the dark, and for seeing what I am doing when DiYing in dark confined spaces. Not bad for a quid.

I had a camera in this category in a previous year, nominated for its use in seeing where your eyes can’t reach.  This time a lens.  Taking pictures of the inside of a boat is not easy because you can’t back off far enough to get a good view.  My new lens goes out to 15mm which makes quite a difference and makes it possible to show more of what Herbie is like inside.  Good for those lovely sunsets and landscapes too.  I’ve hardly used it yet but have high hopes. 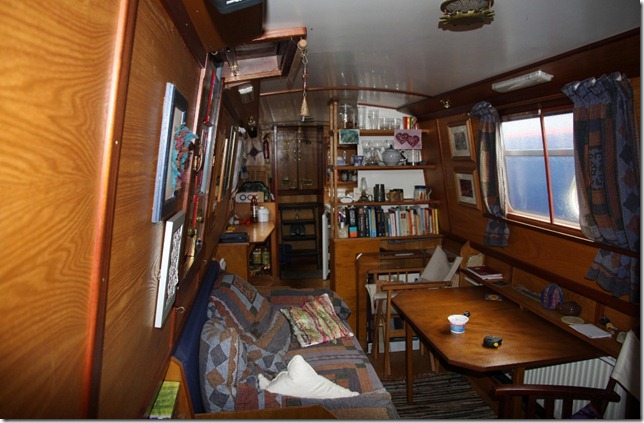 I should have tidied up first shouldn’t I?

Yes I have finally joined the 21st century and got a modest Android phone, and I must say, it’s brilliant.  Mine only costs a tenner a month.  Last week I was able to post three blog entries using it including some fairly reasonable photos.  On longer trips we buy a 30 day dongle voucher and use the laptop, but on a short trip, the phone suffices extremely well.  Mine also has an app which uses the phone GPS to show the nearest bus stops and the appropriate timetable.  That has come in handy more than once.  I also use it to get BBC and Newspaper feeds so I can browse news articles when we can’t get a paper.  Oh, it also makes phone calls  - usually something like “I’m standing by the smoked mackerel, do you want it plain or peppered?”

Which one will win the coveted award?  I’ll sleep on it and tell you tomorrow along with nominations for the next award – Best Urban Mooring