Picture Quiz – more answers and round 3

Nice to know some of you have been having a go.  With mixed success by the sound of it.

Rick has a red face. He rang to say he didn’t know who the two blokes were in Question 4.  Well he has met them both, and one of them isn’t a bloke!  Its Simon (Tortoise) and Carrie (Blackbird), distinctly not a bloke,  who heroically rose at 4.30 to wave off the rehearsal fleet at . . . Brentford.  That silvery fishy thing is a piece of public art that overlooks the entrance to the Grand Union Canal from the Thames. 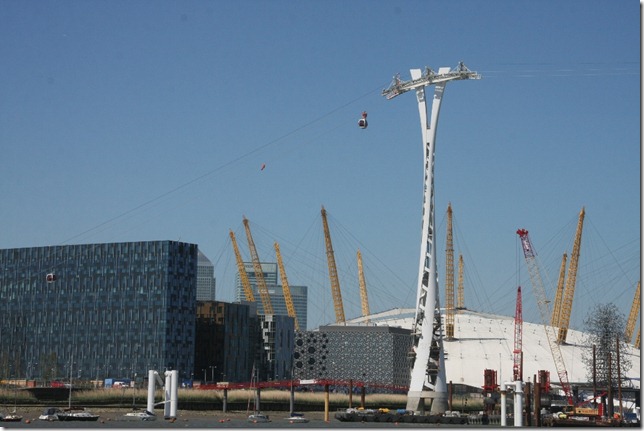 I bet you all knew that.  It’s the Thames cable car at Greenwich.  You can just make out some of his colleagues standing on top of the car.  Sooner them than me.  I get vertigo putting up the Christmas decorations at home.

Question 6. The architects.  Well you could fool me by saying that the second tower block from the left was designed by Heinrich von Thistlethwaite, or anyone, because I wouldn’t be able to contradict.  The ones I do know however are Sir Christopher Wren for St Paul’s and Norman Foster for the Gherkin.

And so to our last round for the time being –

I took this photo at Preston Bagot (what a great name) from the boat whilst on the Stratford Canal. 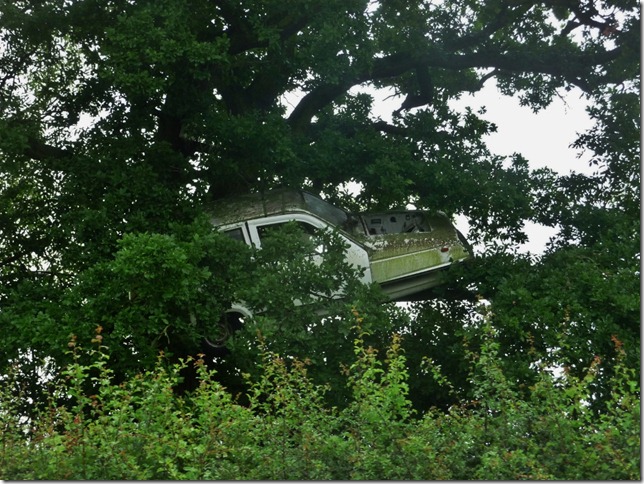 Apparently the owner of the car and the tree united the two for a bit of fun.  The newspaper articles said that he had put the xxxxxx car there after he had used the engine in another restored vehicle and didn’t want the rest of the car rusting away in his yard.  Your questions are a) what is the make of the car? and  b) what is wrong with the statement in the press report?  If you are really really keen and like a bit of web research and study the press reports, you can find the exact model of the car, which all the journalists got wrong.  Big extra points for that.

The geezer in this statue is looking down on Herbie 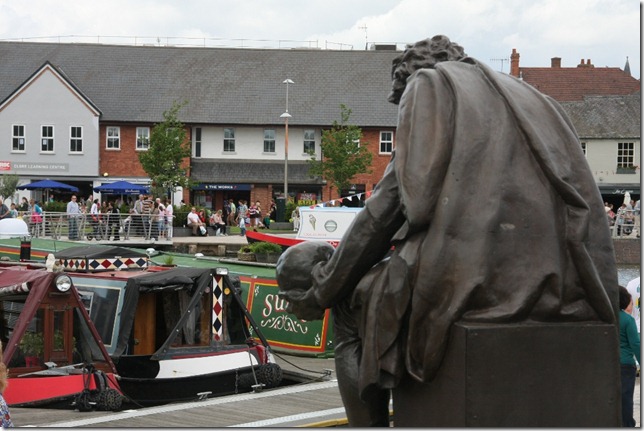 Herbie in the sky.  Where is this? 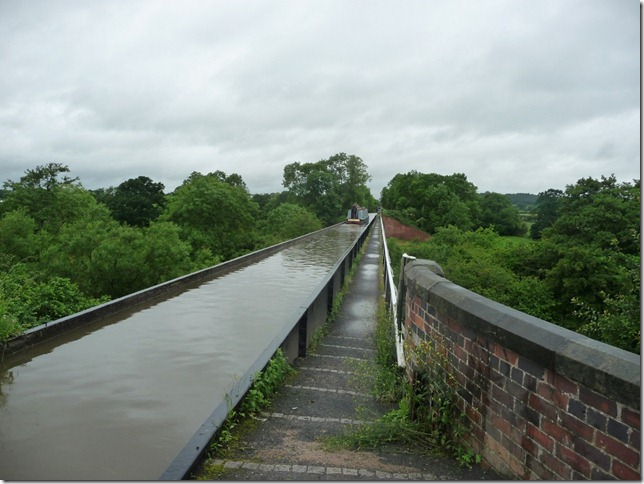 Answers tomorrow.  Will anyone have got the lot?  Very impressive if they have!

Then it’ll be back to the Awards Ceremony.

Question 7, even though it's in a tree it might not be a robin. We had one for years and it never went rusty.
Roy

Reliant Kitten, and it will not go rusty cos its fibreglass.
Edstone aqueduct on the Stratford.
Hamlet and Yoric.
Andy
NB Centurion.

Sorry Andy, not a Kitten, that had a wheel at each corner, this one is a Robin, built by Reliant at Tamworth with a fibreglass shell, sturdy steel chassis and only one wheel at the sharp end. Did you know they also built the Scimitar, a sports tourer (4 wheels!) with Ford 3 litre V6 power. I had one of those, as well as two of the 3 wheelers (1961 Regal and 1968 Supervan III)
Agree with Edstone Aqueduct, on the Stratford Canal, and the guy deep in thought is Shakespeare's Hamlet. "Alas poor Yorick, I knew him well, Horatio..."
Geoff, NB Seyella

Hi!
The car is a Reliant Robin and the press statement was incorrect because it said that he didn’t want the rest of the car rusting away…..it’s fibreglass and won’t rust!
Not sure of the rest.
George