So we come to the first of this years Herbie Awards –albeit a minor category, Best Boaters Gadget.

Until I wrote up the nomination list yesterday I was going to give it to my handy little head torch, but then I remembered how much I have come to value the real winner.  And the winner is, annoying pause while the director counts slowly to ten,

Loud applause.  Alright it’s not a gadget specifically for boating, but it something which is so handy when you are travelling to new places, giving as it does, information on all sorts of local amenities and keeping you in touch with friends and loved ones.  Not forgetting letting you update your blog easily.  You’d need a spanner to wrench it out of my hand now.

And now, on to the first of the more senior awards.  Best Urban Mooring 2012.

This year we have stayed in Banbury, Birmingham, Coventry, Oxford, Stratford upon Avon and Warwick and all have their merits.

What makes a good urban mooring?  - I hear you ask.

Well I reckon it should be a safe and handy place for visiting the town, preferably close to the amenities you want, and most important, it should make you feel welcome.  t I’m going to short list down to four by eliminating Coventry basin – pretty good in itself but the immediate surroundings are not so hot, and Warwick where we stayed in the private Saltisford Arm.  While the Saltisford Arm is very pleasant and a good place to stop, I’m not sure it qualifies as it is a fair way out of town and the town does nothing itself to welcome boaters.

So the nominees are (in alphabetical order) 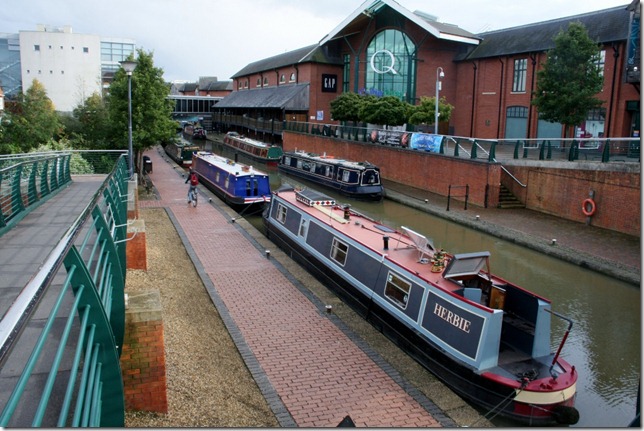 Slap bang in the town centre, the moorings are clean and tidy and there are plenty of them.  You couldn’t be handier for the shops and for eating and drinking. Should the town centre moorings be full, there are more adjacent to the park not far away. Banbury seems to embrace it’s canal front and is all the better for it.

Brum city centre has a lot of mooring, and much of it is pretty good, but we reckon we got the plum spot this year adjacent to the top of the Farmers Bridge locks at Cambrian Wharf. 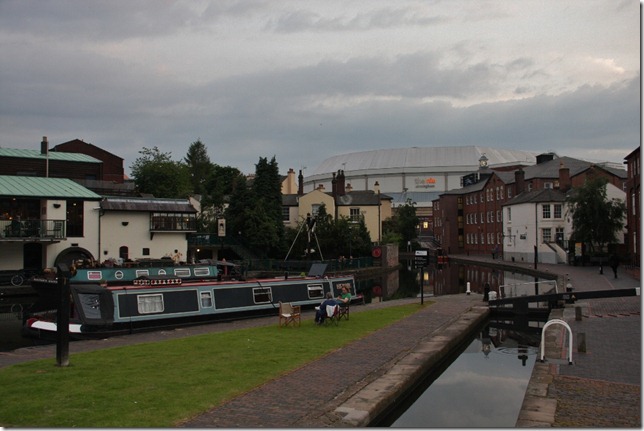 Our own private lawn just far enough off the towpath not to be bothered by passers by, and only a couple of minutes walk from the main tourist spots.  What’s not to like?  O.K. the bar opposite had its doors and windows open so we could hear the music, but hey, it’s a city and they were quiet after closing time.  Round the corner near the more well known Gas Street basin one hears of oiks untying boats late at night, but we were undisturbed.  Like Banbury, Brum uses it’s canals as a feature and you just know that people like to see you there.

I was not optimistic about coming to Oxford to moor, having heard tales of it being a bit rough around Jericho. Well it just goes to show you should take no notice of the gloom and doom merchants.  Although a bit of a walk from the city centre, our spot was clean, pleasant and quiet, with only strollers and the occasional jogger to keep us company. 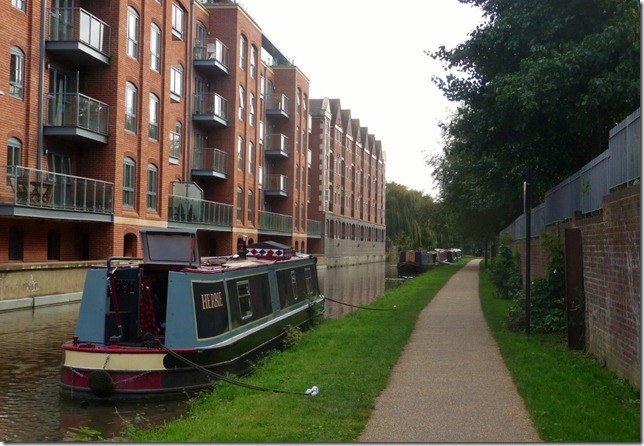 Jericho itself is a place we may not have explored otherwise, but it has some fine pubs and eateries. If you don’t fancy the ten or fifteen minute walk down the canal into town, there are plenty of buses.  If I had a complaint it would be that they could do with a dozen more places to tie up. 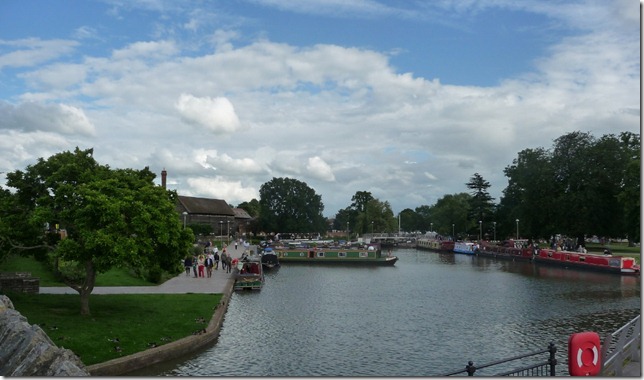 Just a stone’s throw (as long as you are Jessica Ennis) from the Royal Shakespeare Theatre and adjacent to the River Avon, Bancroft basin is where it’s at in Stratford. The parks and riverside are handy, and the shops are just over the road. If you can get a place there, you will be well and truly gongoozled by the throngs of tourists strolling round the area. On Sunday mornings there is a good street market /craft fair on the plaza or whatever it is next to the basin, and you may well be woken in the morning as we were by live music from buskers. In our case it was a very good steel pan player. Should the basin be full, and I think it often is in summer, there are perfectly adequate bankside moorings just before the basin, or you can drop down on to the river.

There you are then.  Four towns that make boaters feel welcome and give you a nice spot to tie up.  They all deserve praise, but only one can win the award.  Which will it be?  I honestly don’t know but I’ll decide in tomorrow’s blog.  As of now, the golden envelope lies empty and unsealed.  If you are quick with a comment you might just persuade me one way or another.

For tomorrows nominations we’ll take a look at Best Rural or Village moorings.

Surely has to be Cambrian wharf. Always boats coming and going but no wash from them on your mooring; all the chain restaurants are close by to spend your tesco's vouchers at; great BW/CRT team; choice of train stations for visitors;close to all the cities facilities. In fact we may go back as winter moorer's next year :-)

I know it's not on your shortlist but I would propose Castlefield in the heart of Manchester (at the junction of the Bridgewater and Rochdale Canals)as a surprisingly good urbam mooring - plenty of mooring rings, wide walking areas, many buildings of canal and commercial interest nearby, quick access to the city,no shortage of pubs and restaurants, no problem with noise or misbehaviour ... and we were there on a September Saturday night! Sue/Boatwif/nb Cleddau

Aah Sue, perhaps I should have explained that we only include places or events that we have been to ourselves this year.
We'd love to do Manchester one day, then we can try out your recommendation.

Cambrian Wharf definitely has my vote - we've stayed there many times and it's one of our all time favourites!