. . .being the better part of valour, we opted to stay put today. Winds were predicted to be nearly as strong as yesterday and there would be rain on top of that.

Still, we didn't waste our time, Kath did some art work on her iPad and during breaks in the weather I gave Herbie's starboard side a much needed shampoo and wax polish.

In my usual anorakkey way I also took advantage of our first day without either mains electric or running the engine since I fitted an ammeter on the solar panel circuit. Every few minutes I peered at the ammeter to see how the panel was doing.. As the sun went in and out we got anything between one and six amps. The upshot is that as I write at nearly 6pm, the Smartgauge shows that since breakfast we have made a net 1% increase in battery holding despite having the fridge and radio on all day and using water pump a fair bit. Not bad for a stormy April day.

On the radio Thomas Shaffernakker is telling me tomorrow should be a nicer and calmer day, so we'll be able to make up some our lost time. 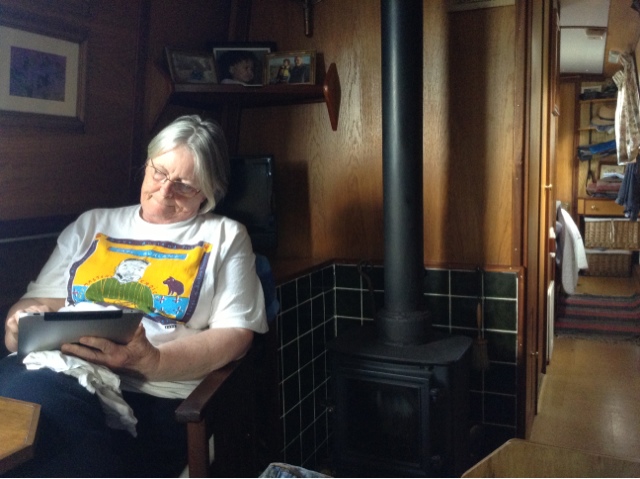 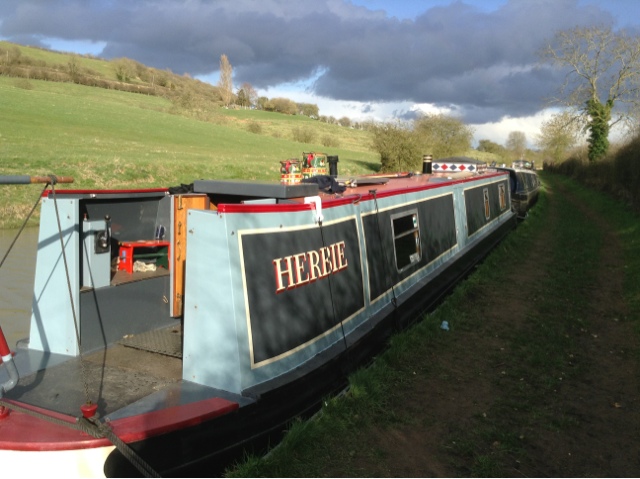 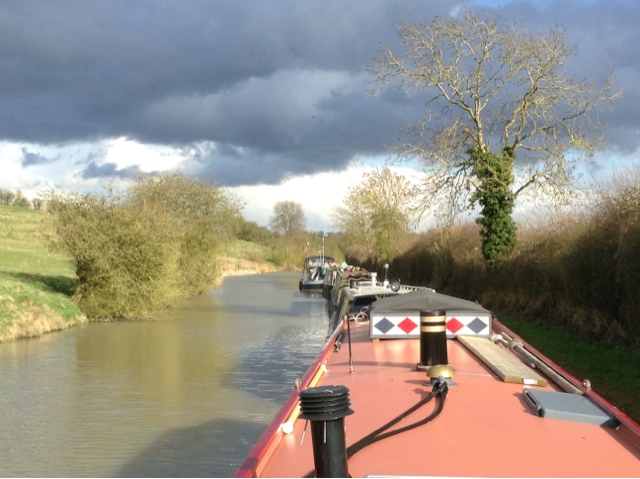 These photos are fabulous, Neil. The skies make them look like paintings. Lovely light too!

PS, I am very interested in your findings about the solar panel's performance. You are convincing me rapidly that I should have one for my barge.