I eat my words!

A pie! A real pie with pastry top and bottom, cut in a slice from a big tray.  Well who’da thought it.

Only a few posts back I had a rant about the lack of imaginative pub food, bemoaning the limited menus we were likely to be faced with on our trip up the Oxford canal.  In particular I bemoaned the disappearance of the real pie. Well I was wrong folks.  Real pies are alive and well at the Wharf Inn at Fenny Compton. AND there’s even a veggie one.  Actually we had good interesting food also at the Gt Western Aynho, and the Brazenose at Cropredy, so I eat my words. Service was good too.

Speaking of Cropredy, we passed the site of the new Cropredy marina which was scheduled for opening on 1 April.  With a dat like that I suppose we ought to have thought they were joking.  Here’s how it looked last week. 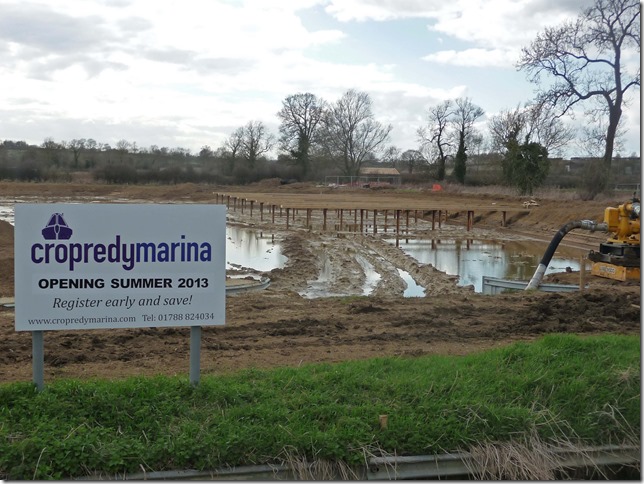 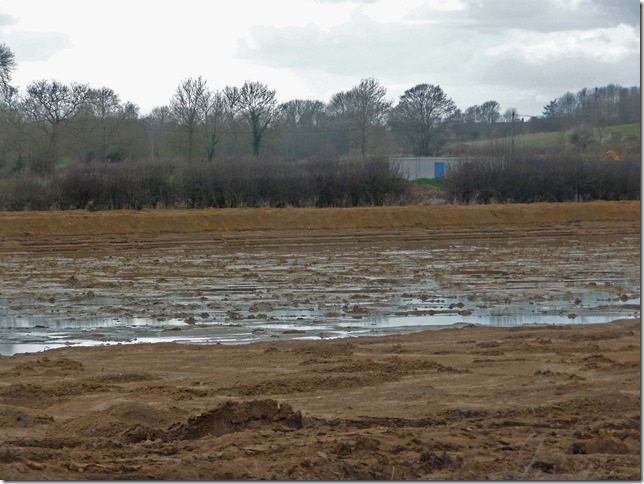 Hardly a soul about too, although over the hedge at the back we could see progress being made on the office building.  On the way down the canal we could see roof trusses, and on the way back a proper roof.

Neil, Referring back to yesterday's blog. Do you know why the drop in level at Aynho Weir lock is so small? I suppose it was cheaper to build a lock than raise the banks by 1 foot downstream.

David, well the surrounding land has no noticeable drop . I guess the lock is just there to seal off the river section, the height of which does vary by up to a couple of feet.
N

Looks like they'll be working hard to be ready any time this year!