And the best boaters DIY gadget is  . . .( stupid 15 second pause (don't you find that really annoying on the telly))

Brush Mate (see yesterday for details).  It wins because it really works, it's really useful, it's not expensive and as far as I know it's unique.  If you use oil based paints, you should get one.

Now for the Next Award - a new category for 2010.  It goes to the town which has made the best use of it's waterfront in terms of amenity and most of all attractiveness.  Bear in mind that this year we have only done the Southern GU, London, and the Lee and Stort.

And the nominations for the top three are:

1. Milton Keynes (yes really).  It takes a two or three hours to pass through MK and I can't call to mind one grotty bit.  It is relatively free of derelict boats too!  Practically a linear park, the canalside is extremely well looked after.  It's hard to believe you are passing through a city. 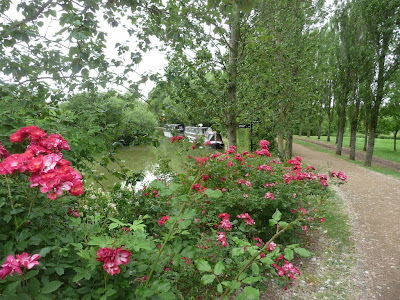 2. Berkhamstead.  Strangely, more urban feeling than Milton Keynes with building often right against the canal, but they've made a good effort to recognise the canal and make something of it. 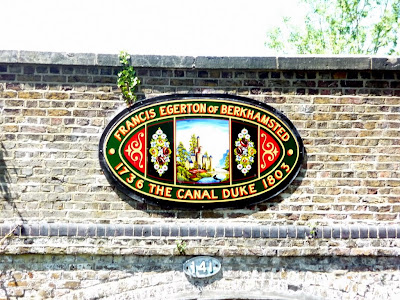 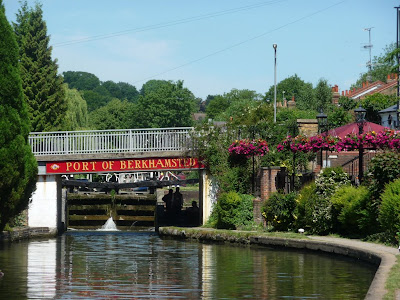 I bet you never thought of it as a port.  It also has good moorings opposite the park and handy for the shops. A very popular overnight stop.

Thanks to a determined local effort they have preserved the old waterfront gazebos which make this place special. 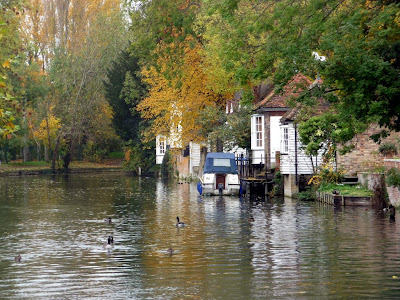 This bustling little town has good moorings, and a very neatly maintained lock.  Strangely the lock is maintained by the Environment Agency rather than BW, something to do with the New River I suspect.  Ware used to be a major centre of the malting industry and several of the old maltings have been tastefully coverted rather than demolished.


Honourable mentions also go to  Hertford with its lovely riverside cottages, Apsley (if you like smart modern), and at a pinch, Rickmansworth which has a lot of good mooring space.

I'm tempted to add a couple of brickbats for towns that could learn something from the top three.  Firstly, and most importantly London.  Don't get me wrong, I love London by canal because it's interesting, but for such a major city they have made poor efforts in making something of the waterfront.  Apart from Kensal Green, Victoria Park, Little Venice /Paddington, and Regents Park, and Limehouse (What have the Romans ever done for us?)  it looks pretty drab.

Although Bishops Stortford was an important destination on our autumn cruise, I didn't even bother to take a photo.  Sure, there are adequate moorings, but you wouldn't go there for the view.  The waterfront feels claustrophobic to me.

As to Slough. Words fail me.  The most common remark made by the few who venture as far as the Basin is "Is this it?"

Tune in tomorrow to see who wins.  I need to sleep on it.

Perhaps I should do an award for Worst Waterfront.  Slough wins it.  Easily.

Slough - oh the weed!!! Double your journey time.
The Slough arm is about half way from the house to home mooring but I don't think we'll bother to do it again.
Maybe when time allows we should get 'involved' :-)
Julie

I know what you mean about the 'linear park' thing with Milton Keynes. I found it all too tightly manicured for my taste - not a blade of grass out of place! I preferred the pockets of as-yet-unreached Milton Keynes canal where you could see the housing estates ammassing on the skyline but which have not yet careered down to the waterfront. I do like seeing the odd tatty boat around too!
Carrie
p.s think that means I'm voting Slough!

Got to be Berkhamsted (not Berkhamstead, by the way!)as it's also got great pubs along the canal - and Waitrose of course.

Perhaps we should all call it Berko to avoid any spelling problems - or would that be too pretenchus?

They all look like winners to me! I'd so love to do some of the trips you've done, Neil.