There seem to be quite a few “coffee table” canal books around at the moment with lots of pictures to look at but not too much written detail, but in our local public library I picked up this one which is probably the best I have seen. 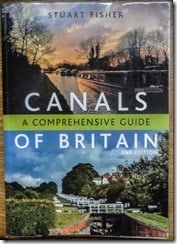 Maybe you know it, but I didn’t.  Stuart Fisher, the author has put a huge amount of work into this book, containing as it does, details of virtually all of the British canals including those not navigable by narrowboat or cruiser.  Not only has he travelled along all these waterways by canoe, but he has obviously done his homework too because there is a wealth of information about local history and geography along the way.  Naturally I looked up some places I thought I knew about and in every case I learned something new. I didn’t know that Crick tunnel had had three roof collapses in the past, ooh er.  He even writes about how you find your way across the top. I suppose he would, being a canoodler.

There are of course lots of good photos and some strip maps to show you where the waterway goes – not of course as detailed as a Nicholsons Guide, that’s not its purpose. 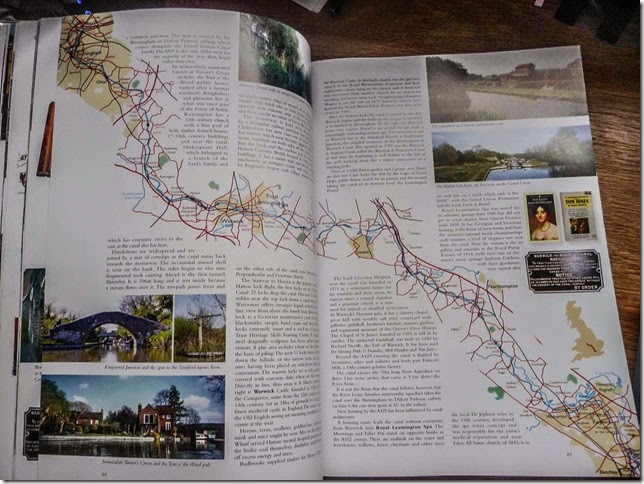 I particularly enjoyed browsing the sections on some of the non navigable waterways such as the Royal Military canal in Kent which is a bit of water I have often wanted to know more about.  Here’s a picture I took of it last time we were there. 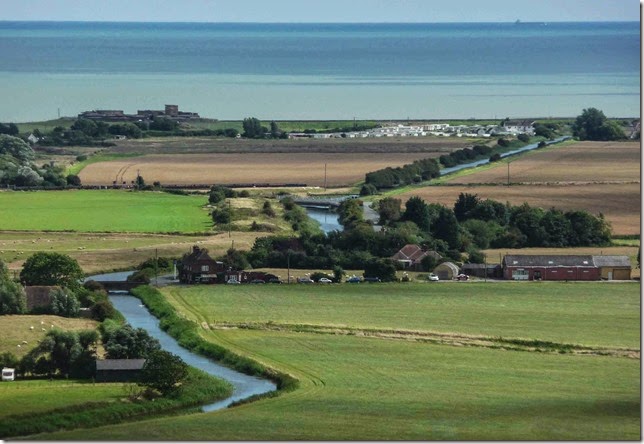 You wouldn’t get a narrowboat under those bridges.  I suspect his canoe wouldn’t go under either.

No book is perfect of course and I was rather peeved that he obviously didn’t bother to canoodle down the dear old Slough Arm ‘cos he only gave it a couple of sentences. and of course like all books some facts have changed since it was last revised in 2012 but that’s to be expected.  The level of detail about canal history isn’t up to the level of Charles Hadfield or people like that, but there is plenty there for the general reader.  I reckon it’s a very good book.

The book is published by Adlard Coles Nautical and costs £19.99 from Amazon which is not bad for a full colour A4 book of 335 pages.

I was bought this as a present some years ago when new to boating. Agreed it's no Nicholson, but it's not intended to be - but it certainly got me wanting to find out more . . . thoroughly enjoyed it.
Dave

Re your persistent use of canoodle, you're a mumpsimus!