Some pictures of the moorings at Paddington and Little Venice last Friday.  I hadn’t been up there for a while so I had a good mooch round and noticed one or two changes (if you already know this, forgive me).

Down at Little Venice visitor moorings, a revised policy is in place.  Starting from the rubbish/ toilet block, the spaces for the first seven or so boats are designation as 7 day moorings. 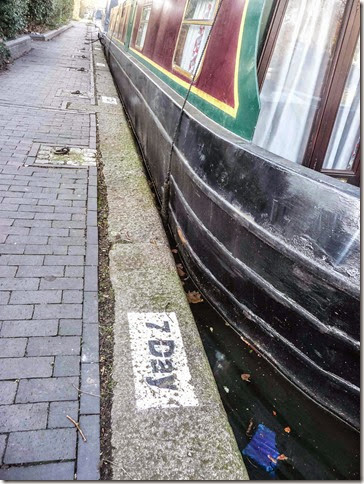 On Friday there was one vacant slot and no-one was breasted up.

Then the remainder of the moorings are designated as 14 days.  This was full and most were breasted up.  Apparently, this regime has been in place since September last. The far end is presently designated as Winter Moorings until 31 March. 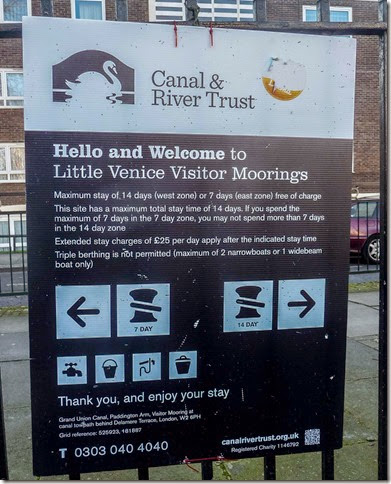 Round by the side entrance to Paddington station, there were no trading boats!!  Right opposite the station entrance there was a vacant space of about 55ft.  I could hardly believe this was empty, but there were no signs saying it was reserved for anything so maybe it was really available.

The basin itself was fully occupied, the majority of berths were I think for winter mooring permits. 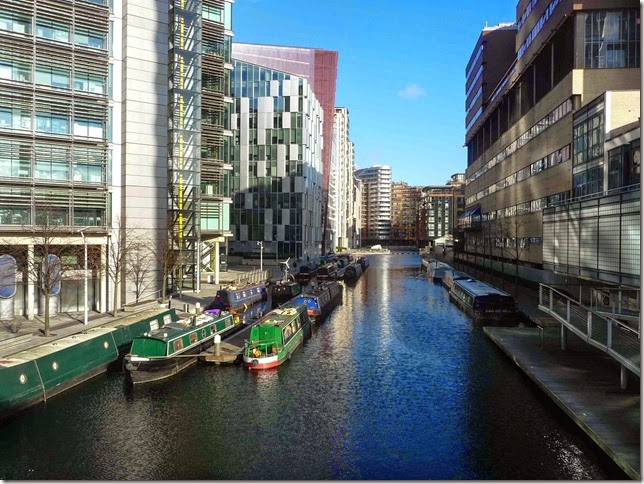 There was one occupied visitor mooring on the far end of the hospital side and a couple of boats moored beyond the pontoons on the other side. The last two mooring rings on that side were unoccupied but I have suspicions that you might be told to  move if you attempted to use them.

The pontoon on the hospital side now extends the full length of the main basin, so you can now walk out on that side at the far end to get to Tescos / Praed street etc.

Note there are no mooring rings on the extended walkway 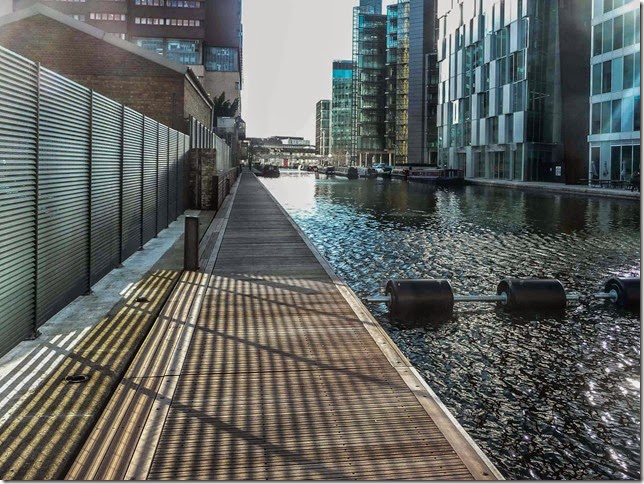 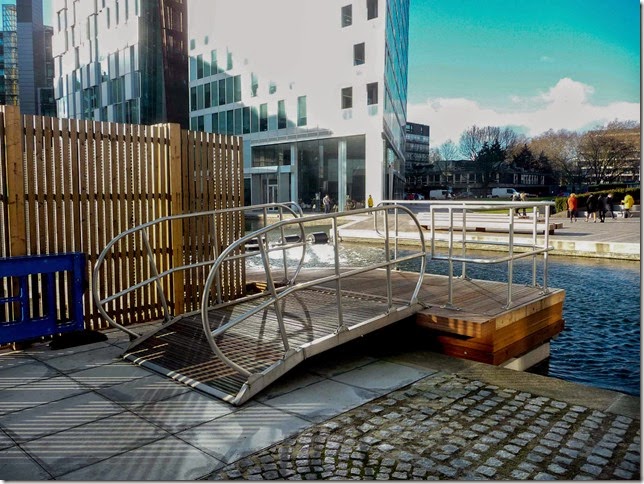 All of the work is now finished at the far end and looking very smart. 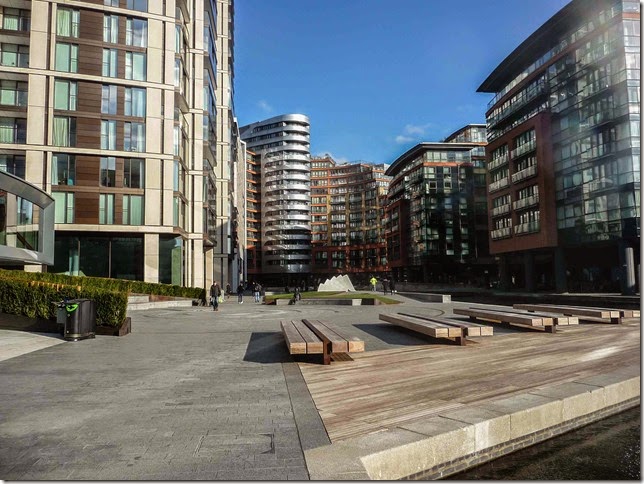 You may notice that the security office  has disappeared. Plenty of the yellow coated guys walking round though, so they must be holed up somewhere. I wonder if this is now it : 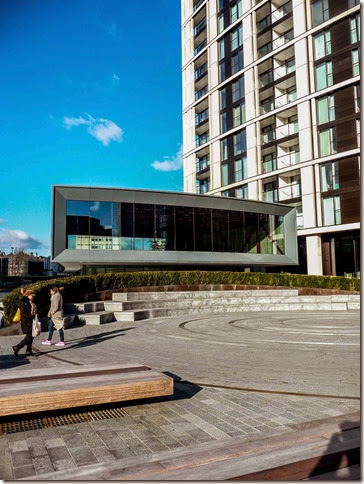 So there you have it.  It remains to be seen how easy it is to get moored there after the winter moorers move out at the end of March.

We were told at our ranger meeting that CRT has beefed up the enforcement team in central and east London and that persistent overstayers will not get their licence renewed and will therefore be vulnerable to their boats being impounded. In such cases CRT will advise on rehoming in liaison with the many and various homeless charities in London.  CRT already has an outreach worker dealing with / helping people sleeping rough on the towpath.

We should be forgiven at this stage for being a trifle sceptical about how all this will turn out, but we’ll have to wait and see.

Very interesting Neil, thanks for the update. Regards to you both.