This lovely little lock cottage on the river Stort is up for sale. 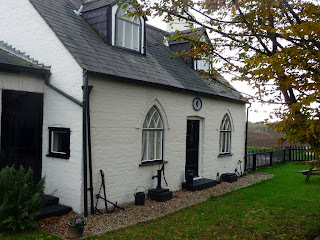 Maybe because it lies opposite a brand new, about to open, marina.  Let's look closely at the sign over the door. 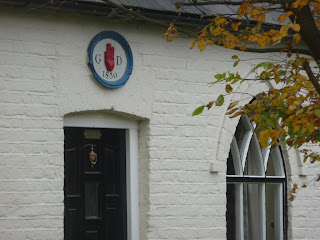 GD had been a leading light in the creation of the Stort Navigation and in Bishops Stortford there is a Duckett's Wharf.  Reading up on the man, is confusing.  For a start he seems to have been called George Jackson until he became a Baronet and changed his name to Duckett.  It gets a bit easier, or not, when you find he had a son George.  It seems it was George Junior who sponsored Duckett's cut.  He went on to try and get the Stort Navigation extended to Cambridge, but failed.

Hmm all the bits I have browsed on this are unclear about which Duckett they are talking about.  Anyway, on to the final spooky mystery about Duckett's cut.  Has anyone else noticed that it is a straight line pointing directly to the Gherkin building? 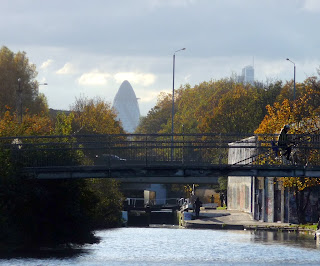 How did GD work that one out?  Is it on a lay line?  Is the Gherkin more than just an office block? We should be told.
Posted by Neil Corbett at 11:31 am

Time traveling hence all the confusion over dates Lol.could be an earth symbol but it is best not to inquire into these things.