A happy New Year to you.
For a few years I have been keeping my digital photos using a bit of software called Brilliant Photo, which has worked quite well. However, Peter suggested I take a look at Picasa 3 which you can download free from Google. Now is a good time to change. New year, new folder.

However it does have some real benefits for me, the first being that I can create a blog entry starting with choosing photos from the thumbnail library, then it automatically starts up Blogger and puts the photos in and I just have to type the text around them, which is what I am doing now.

Picasa also has a good set of tools for improving the photos, quicker, easier and more versatile than Brilliant Photo. Plus one thing that has really opened my eyes. At a click of a button I can see the exposure, shutter speed and ISO data for each picture. Very revealing. The first thing it has shown me is that when I set the camera to Auto, it frequently adjusts the ISO setting. See these two pictures (neither very good) taken nine seconds apart, both on Auto. In the first one the camera has chosen an ISO of 64, and in the second an ISO of 400! I don't think I would have chosen the 400 had I been operating manually. On the other hand it did allow a shutter speed of 160th of a second which helped to overcome the fact that the boat was moving along at 3mph.

I think I'll spend a bit more time pondering settings on old pics good and bad and see what I can learn. 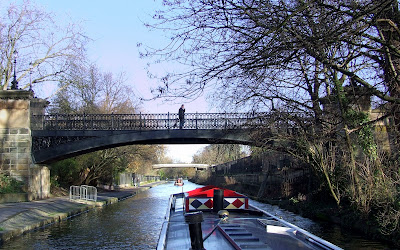 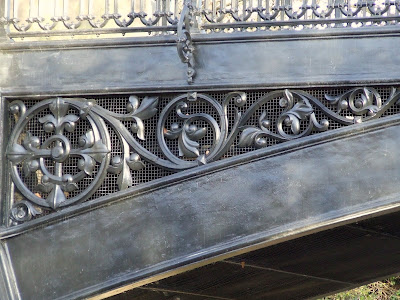 I like the colour quality in the top pic very much. Beautiful light as well as depth in the shadows too!

I also use Picasa for albums, but I'm a Mac user too, so tend to do all my editing in iPhoto which also gives really useful info on the pics. Even so, I'm no better at taking photos for all that..I just don't have what a good photographer takes, sadly. My Koos, however, is much more the image man. If you're interested in seeing some photos of the Belgian waterways, the Maas in Limburg and some old Dutch boats gathered for a festival on the Zuid Willemsvaart near Maaseik, then here's a link to a slideshow of his: http://www.flickr.com/photos/fernhout/sets/72157594570068306/show/

Have a great 2009, Neil, and I'm looking forward to reading more of your posts in the coming months!